Visual hallucinations, or seeing things that aren’t really there, can be frightening and distressing.

They may occur due to a large variety of physical and psychiatric conditions. But a lesser known cause is Charles Bonnet syndrome (pronounced bo-nay), named after the Swiss scientist who first described the condition in 1760. 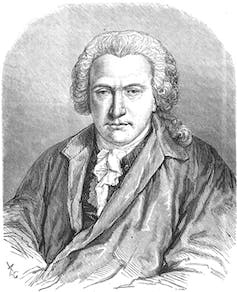 We don’t know the exact cause of Charles Bonnet syndrome. But the most commonly accepted theory is the loss of visual sensory signals to the brain (for example, when a person becomes blind) means the brain cannot put the brakes on excessive and unwanted brain activity.

This leads the part of the brain responsible for the sensation of vision (the visual cortex) to fire signals inappropriately. The person in turn perceives they are seeing something in the absence of a true stimulus – a visual hallucination.

If these symptoms are affecting you, a friend or family member who has become blind in one or both eyes, it’s important to understand it’s not a sign of “going mad”.

Read more: Curious Kids: How do glasses help you see?

They may occur for seconds or minutes to hours or continuously, and the frequency ranges from isolated episodes to multiple times a day. It’s normal for Charles Bonnet syndrome to last for years; some people will experience symptoms for the rest of their lives.

The nature of Charles Bonnet hallucinations is highly variable. That is, people who are affected often don’t see the same thing repeatedly, and one person with Charles Bonnet syndrome will see different things from the next person.

Charles Bonnet hallucinations often have little or no emotional meaning, allowing affected people to recognise they are not real. This is distinct from hallucinations associated with mental illness.

Other features of visual hallucinations unique to Charles Bonnet syndrome include:

The syndrome does not occur in congenital blindness (people born blind from birth). 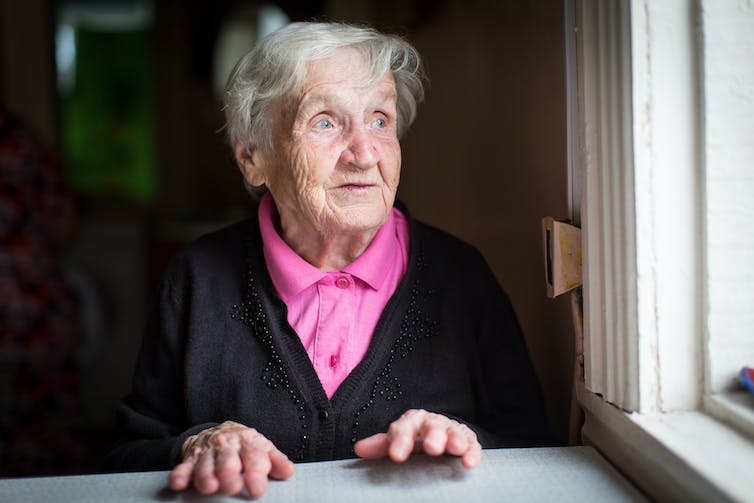 Charles Bonnet syndrome is most common in older people, but can present in anyone with acquired vision loss. From shutterstock.com

We currently have no conclusive data on how many Australians have Charles Bonnet syndrome, although one study estimated more than 17% of people aged over 60 with impaired vision had it. In another study, as many as 57% of participants with vision loss reported perceived visual hallucinations.

Importantly, it may be more common than estimated because of lack of reporting. That is, people who are affected may not report their hallucinations due to fear of psychiatric disease or of being perceived to be “going mad”.

Further, people who do report their symptoms may be misdiagnosed with psychosis or dementia.

Read more: Explainer: what is glaucoma, the 'sneak thief' of sight?

Seeing a general practitioner (often in conjunction with a neurologist and/or geriatrician) is an important first step to exclude other causes of hallucinations. These could include dementia, physical neurological conditions (for example, a brain tumour), epilepsy and delirium due to infections or medications. Your doctor may order blood tests and/or brain imaging to rule these out.

Treatment for Charles Bonnet syndrome is very limited, but many patients report reassurance is all they need, especially for infrequent hallucinations or those that don’t adversely affect quality of life.

Strategies to minimise the frequency and duration of hallucinations include frequent blinking or rapid eye movement, going to a lighter place or switching a light on, and increasing social interaction, which helps to counter inactivity.

For patients with debilitating symptoms, doctors may trial medications such as antidepressants, antipsychotics and antiepileptic drugs, though their efficacy is variable and may be outweighed by side effects.

Read more: Scientists have found how to make people hallucinate, and how to measure what they see

Hallucinations may disappear if the cause of vision loss can be corrected (for example, if severe cataracts were causing blindness and the patient has a cataracts operation).

Unfortunately though, generally the causes of vision loss that lead to Charles Bonnet syndrome can’t be treated.