Cooling off with a swim in the river is a popular summer pastime in Australia, particularly for people who live a long distance from the beach.

But urban waterways often have poor water quality, and swimming in contaminated water can pose health risks. Water-borne pathogens, if ingested, can cause infectious diseases such as gastrointestinal illness.

In our recently published research we compared a popular NSW river, the Nepean River in western Sydney, with the upper reaches of Victoria’s iconic Yarra River (from Kew in Melbourne to Launching Place in the Yarra Ranges).

We investigated how safe these rivers were for swimming, based on levels of faecal bacteria. We also assessed what information is available to inform people of the rivers’ suitability for swimming.

While the water quality is generally better in the Nepean River, NSW doesn’t provide guidance on whether it’s safe for swimming. So in this regard, Victoria’s Yarra River could be considered safer.

Read more: How to cope with extreme heat days without racking up the aircon bills

What contaminates our rivers?

Both the Nepean River and the Yarra River are exposed to many potential sources of contamination, such as faecal wastes from farm livestock, wildlife, and domestic animals, and pollution from urban streams and sewage.

We calculated flows in the Nepean River can contain up to 30% treated sewage. However, the NSW Environment Protection Authority highly regulates the sewage to protect river water quality.

Heavy rain reduces water quality as the rain mobilises pollutants and carries them into waterways. 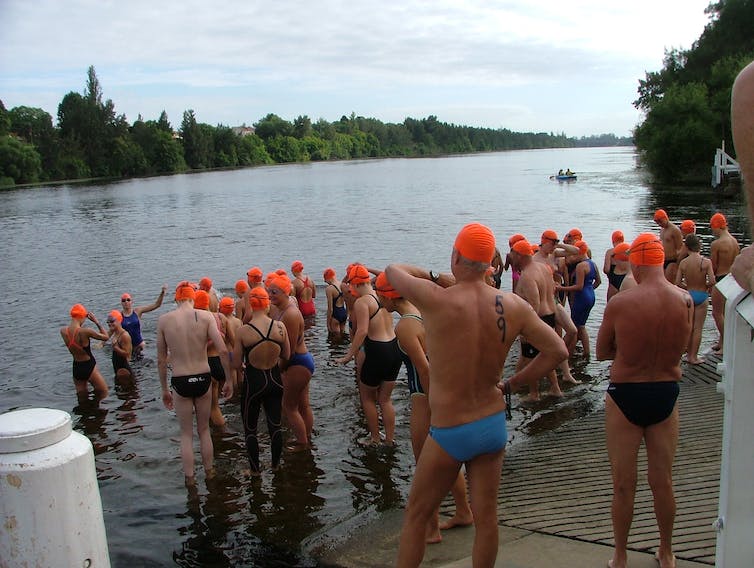 Many people swim in the Nepean River at Penrith, including in organised events. Ian Wright, Author provided

We generally use the presence of E. coli bacteria as an indicator of pollution from animal and human faecal wastes in rivers. It also indicates the risk of swimmers contracting a water-borne disease. If people swim in water with highly elevated E.coli numbers, they have a greater chance of getting sick.

Read more: More of us are drinking recycled sewage water than most people realise

It was simple to get advice on water quality for swimming at four locations on the Yarra River on the “Yarrawatch” website.

Swimming is prohibited in the lower, highly urbanised parts of the Yarra, but Yarrawatch provides daily updates on the safety of swimming in its cleaner freshwater reaches. Yarrawatch also documents the actual bacteria concentrations from weekly samples collected during the swimming season, which inform the safety recommendations.

At the time we published this article all sites on the Yarra were “poor”, meaning not suitable for swimming.

There was no similar information publicly available for swimmers in the Nepean River, so we obtained water quality data from NSW Government agencies.

We also compared bacteria results according to rainfall. After heavy rain in the previous week, the E. coli bacteria levels spiked. The Nepean River at Penrith Weir, a very popular swimming spot, often recorded hazardous E.coli results after more than 40mm of rain in a week.

Our biggest concern is Nepean River users are not given any advice on water quality. Up-to-date guidance is important to enable people to make an informed choice about whether or not they should swim.

For example, very young children have poorly developed immune systems and may be more susceptible to getting sick from water-borne pathogens. Their parents and caregivers should be warned if E. coli levels are high at a particular swimming spot. 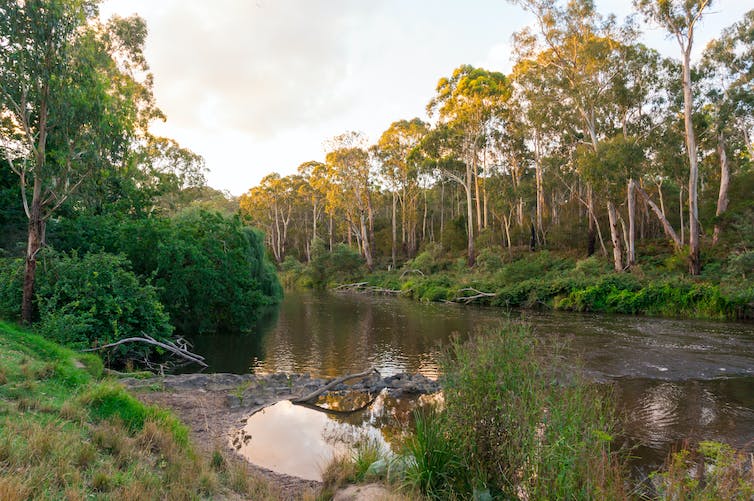 Warrandyte is one of several swimming spots along the Yarra. From shutterstock.com

In contrast, visitors to any coastal or harbour swimming beach in eastern Sydney can look up the NSW Government Beachwatch advice. This guidance is updated daily based on regular testing of faecal bacteria and other factors, including rainfall.

But in western Sydney, swimmers and other river users have no such guidance. The decision to go swimming in the Nepean River can therefore be a gamble.

Faecal bacterial data is actually collected in the Nepean and other rivers by NSW government agencies. Yet they don’t make the results freely available to the public.

The NSW government is failing in its duty of care in this regard. It must issue health warnings when it detects hazardous bacterial results in the river.

So which river has the best water quality for swimming, the Nepean or the the Yarra? While the Yarra water quality may be poorer, authorities at least offer advice to river users to guide safe swimming.

If you intend to swim in the Nepean, avoid swimming after rain. If you’re unsure, wait at least a few days, preferably a week, after significant rainfall.