Australians are buying more and and more gadgets and devices. Our homes and workplaces seemed to be filled with smart phones, drones, Fitbits, internet- connected fridges, air-conditioners that turn off when people leave the room: anything that makes our lives more convenient.

Behind the scenes, of course, there’s a growing pile of discarded, broken devices. The software that makes these devices so appealing also often prevents us accessing a cheap and easy fix.

But as the US and EU experience has shown, Right to Repair legislation – laws that make it easier for consumers, repairers and tinkerers to fix their broken goods – can offer an attractive alternative to the problem of overflowing, dangerous e-waste.

Read more: Design and repair must work together to undo our legacy of waste

Easier to replace than repair

More often than not, broken devices must be sent to the manufacturer for diagnosis before repair can even start. In many cases, it just seems easier and cheaper to replace than repair.

Local repairers often do not have access to either the relevant technologies or the information needed to repair a broken device.

And it’s not just about hand-held gadgets.

As the Australian Competition and Consumer Commission has observed:

today’s new cars contain in excess of 10 million lines of computer code — more code than is used to operate the avionics and on-board support systems of modern airliners. New cars are now effectively “computers on wheels” and require sophisticated software to work. 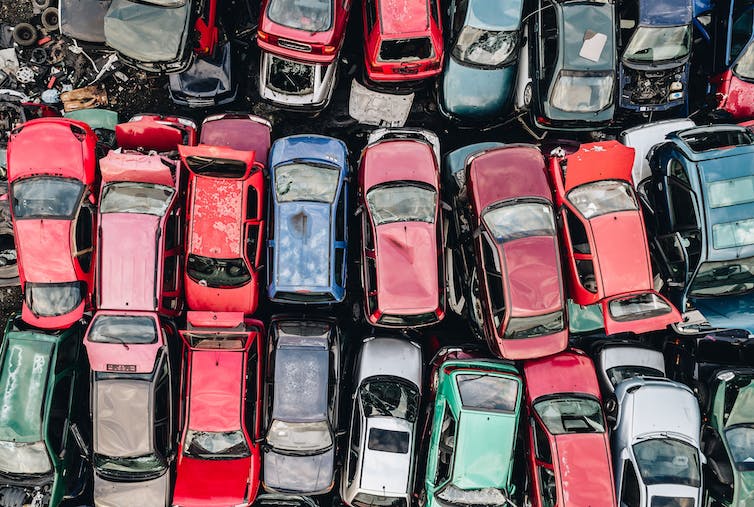 As one mechanic told the ABC:

We could spend up to $300 a month on data, just to be able to fix a certain model of car. It’s not cheap and there’s a lot you still can’t get from the dealers.

The Australian government has said it will work toward a mandatory scheme for the sharing of motor vehicle service and repair information, saying the ACCC will enforce it and apply penalties after a transition period.

Change may be coming, albeit somewhat slowly. In 2018, the Australian Competition and Consumer Commission brought an action against Apple for telling consumers their warranty would not be honoured if they took their iPhone to a third-party repairer.

This was found to be a breach of consumer law and Apple was fined A$9 million. The finding sent a strong message to the community that manufacturers should not be controlling the aftermarket to the exclusions of others.

Naturally, consumers are also frustrated by the lack of repair options and more people are beginning to realise the environmental damage of a system that preferences replacement over repair.

Economy-wide change is needed. Australia can look abroad for inspiration.

Read more: Why can't we fix our own electronic devices? 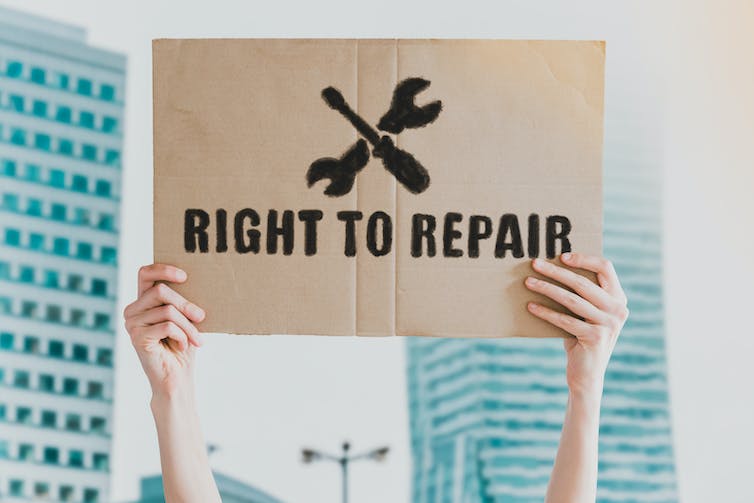 A global Right to Repair movement is growing. Shutterstock

Globally, there has been a groundswell of support from motorists, farmers, designers, repairers and environmentalists for a Right to Repair movement.

The US has recognised the right to repair since legislation was passed in 2012 giving motorists access to car spare parts and repair services in Massachusetts. The law had a ripple effect across the US, with at least 20 states now proposing or passing Right to Repair legislation.

The EU has a Right to Repair regime through the EU EcoDesign Directive, which comes into force next year and requires manufacturers to create repairable goods and provide spare parts for up to ten years.

In Australia, we have a number of great repair initiatives including the Bower Reuse and Repair Centre in Sydney, the Victorian Repair Cafe and many passionate repairers. And Australia’s consumer affairs ministers last year promised to consider laws allowing the repair of phones.

More broadly, we need a community-wide dialogue with consumers, motorists, farmers, repairers, manufacturers, designers, legislators and policy makers about how an Australian Right to Repair scheme might look.

As resources grow scarce, recycling options wane and our rubbish dumps overflow, there is no time to lose.

Griffith University is hosting a public seminar on the Right to Repair at their Southbank Campus on Wednesday February 5, 2020. Details can be found here.