About one-third of people using contraception use the pill. But how effective is it?

There are two types of contraceptive pill – the combined pill, containing oestrogen and progestogen, and the progestogen-only-pill (often referred to as the mini-pill).

While most evidence about pill effectiveness relates to the combined pill, both pill types are quoted as being 93% effective in typical use and 99.5% effective in perfect use.

So what do these figures mean and how were they derived?

Read more: How to choose the right contraceptive pill for you

Do you use the pill ‘perfectly’?

To test the efficacy of the pill, women were enrolled in studies and instructed to take their pill at the same time every day. Perfect use was calculated from those who stuck to study rules by never running out of pills, never missing a day, and not taking any medications that can decrease the pill’s effectiveness. The studies assumed the women were all equally fertile and “at risk” of pregnancy.

Under these strict conditions both pill types were around 99.5% effective. This means within a 12 month period, five out of a thousand women could be expected to become pregnant.

But, most people’s lives do not reflect perfect research conditions and it’s more realistic to consider effectiveness in “typical use”. Both pill types have typical use effectiveness of 93% which means seven users in every 100 become pregnant in a 12 month period.

The lower rate of 93% reflects everyday life where pills may be missed, packs run out with no time to get a new prescription, pills are not absorbed because of vomiting or diarrhoea or the pill’s effectiveness is reduced by another medication (including some common herbal over-the-counter preparations such as St John’s Wort).

In reality, the probability of pregnancy is likely to lie somewhere between the 93% and 99.5%. And effectiveness may improve over time as users become more accustomed to taking the pill every day. 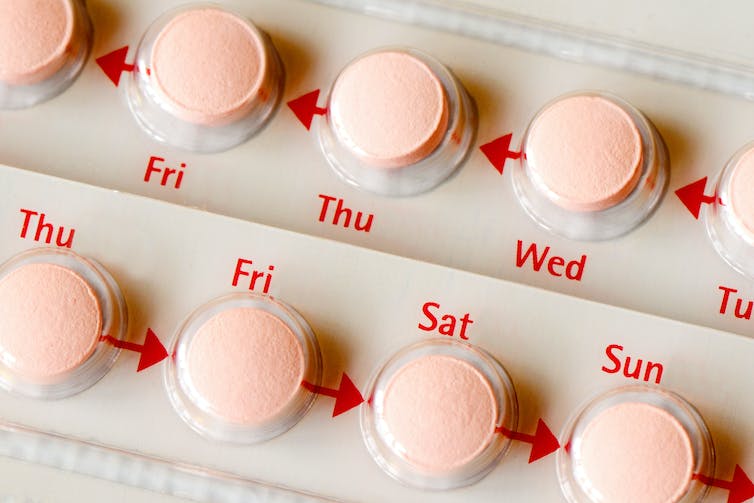 Most people won’t be able to consistently take the pill at the same time each day without fail. from www.shutterstock.com

Effectiveness can be increased by also using condoms (which have the added advantage of preventing sexually transmissible infections), and by using emergency contraception if pills are forgotten.

Read more: It's OK to skip your period while on the pill

The less commonly prescribed progestogen-only pill mainly works by thickening the mucus at the cervix to prevent sperm from swimming up into the uterus and fallopian tubes to fertilise an egg.

This effect wears off after approximately 27 hours, which means it needs to be taken within a narrow three-hour window each day. For this reason, the progestogen-only-pill is more likely to sit towards the lower 93% mark than the upper level of 99.5% compared to the combined pill.

Women in their teens and early twenties are likely to have a higher pill failure rate than older users. This might be because they’re more fertile, or because they have more trouble remembering to take the pill each day and fill their repeat prescriptions.

For this reason the progestogen-only-pill is rarely prescribed for this age group and more effective methods such as an implantable contraceptive device or a combined pill are generally recommended.

As a general rule, the less the contraceptive user needs to do in order to make it effective, the more effective it’s likely to be. The long acting reversible contraceptives (LARCs) are recognised worldwide as the most effective methods because they don’t depend on human behaviour once they’re put in. 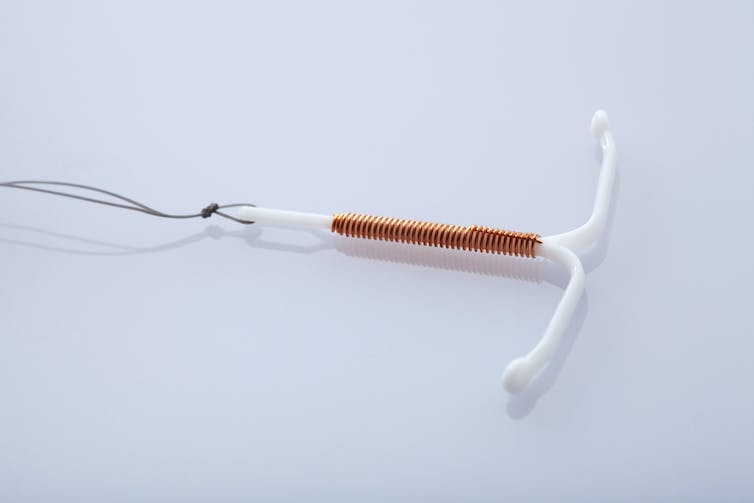 An intrauterine device can be implanted and can last for up to ten years. from www.shutterstock.com

LARCs include the contraceptive implant which lasts for up to three years and the hormonal or copper-intrauterine devices (IUDs) which last up to five and ten years respectively.

They are 99.5-99.95% effective because once inserted there is no need for the user to remember to do anything on a regular basis, which can make them an attractive alternative to the pill for those wanting a reliable method.

Read more: Don't want to take a contraceptive pill every day? These are the long-acting alternatives

Side-effects, risks, costs and additional benefits are just some of the other features that influence how women choose which method of contraception to use, in addition to effectiveness. Understanding what effectiveness means and how it is calculated is an important step towards making an empowered choice.