Public anxiety about the capacity of digital-age children and young adults to read anything longer than a screen grab has come to feel like moral panic. But there is plenty of evidence to suggest we must take such unease seriously.

Read more: Why it matters that teens are reading less

American literacy expert and neuroscientist Maryanne Wolf describes the threat screen reading poses to our capacity for “the slower cognitive processes such as critical thinking, personal reflection, imagination, and empathy that are all part of deep reading”.

Will the mix of continuously stimulating distractions of children’s attention and immediate access to multiple sources of information give young readers less incentive either to build their own storehouses of knowledge or to think critically for themselves?

But rather than taking up defensive positions on either side of the digital-analogue reading divide, Wolf encourages us to embrace both. As parents and teachers we can help our children develop a bi-literate reading brain. There are several ways we can do this.

Screen-reading children, immersed from toddlerhood in the pleasures and instant gratification of skimming, clicking and linking, develop cognitive skills that make them adept power browsers, good at the useful ability to scan for information and analyse data.

Read more: Three easy ways to get your kids to read better and enjoy it

But Wolf suggests this kind of reading “can short-circuit the development of the slower, more cognitively demanding comprehension processes that go into the formation of deep reading and deep thinking.”

Unless the cognitive skills required for deep reading are similarly developed and nurtured, new generations of readers – distracted by the ready availability of digital information – may not learn to venture beyond the shallows of the reading experience. 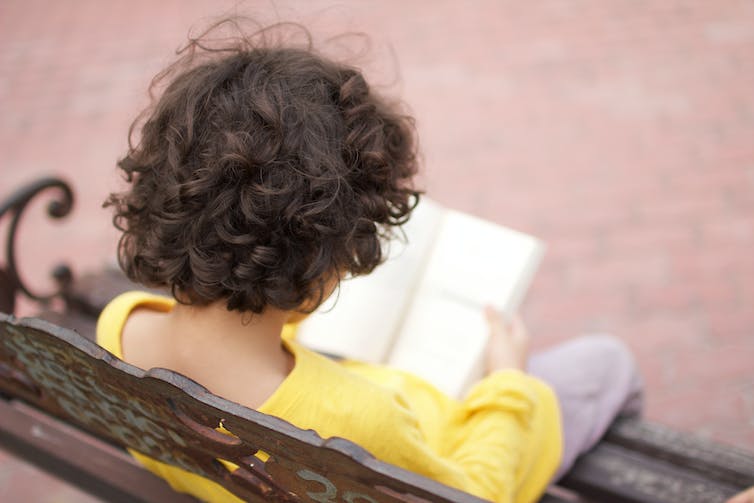 We can help children gain a love of reading on paper from an early age. from shutterstock.com

Along with others concerned with early childhood education Wolf advises encouraging paper literacy from infancy. She doesn’t recommend forbidding devices. Instead we should regularly turn them off and make the time and space to read books on paper with children.

We can model our own reading practices by setting aside our own smart phones to lose ourselves in a book.

But how can secondary and tertiary teachers help inexperienced readers? The problem is likely to be aliteracy, meaning students can read but they choose not to because they don’t see it to be important for learning. And because they haven’t read much, it’s hard work. The problem can seem intractable. But it can be done.

Turn off the phone and read

My first venture into helping tertiary students read better was a 2011-2013 cross-university government-funded project that set out to foster what we termed “reading resilience”. We found if students were persuaded to prioritise reading as they did a test or an essay, they would invest the time to get into the zone that is the other world of the text.

We complemented complex texts with a guide that encouraged students to think critically as they read and to keep going when the language seemed impenetrable, the narrative incomprehensible (or dull) and the length endless. Or when the siren call of the smart phone became irresistible.

They experimented with switching off their devices for blocks of two hours while they simply read. And they did read. 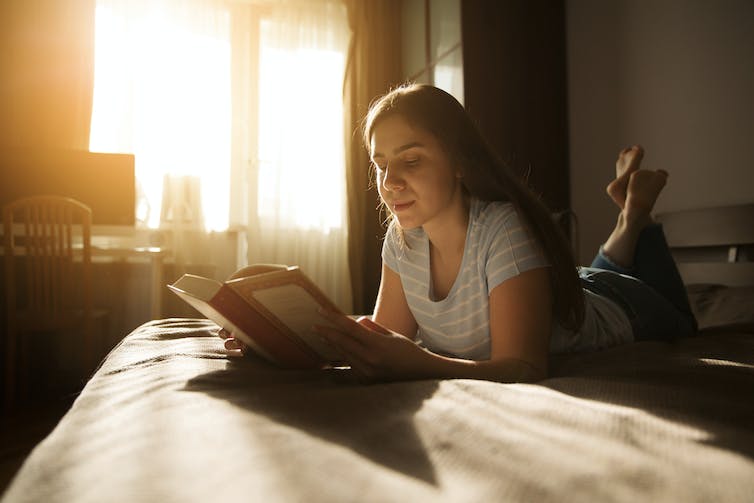 Can you ignore your phone for two hours and keep reading? from shutterstock.com

I surveyed a large first-year introduction to literary studies at the University of Queensland in 2013 before testing a version of the same “reading resilience” course in 2014. The rise in reading rates was exponential.

The number of students who completed all ten primary texts (including the poem Beowulf and Toni Morrison’s Beloved) more than tripled, and the number who completed the ten accompanying secondary texts (selected chapters from an introduction to literary theory and criticism) went up by more than six times.

Reported student satisfaction for this course from 2008 to 2012 had ranged between 64% and 75%. Once reading resilience was introduced, many complained about the reading load yet the level of overall satisfaction jumped to 86%.

We can all do it

It’s not just readers raised in a digital-age who have difficulty with long-form text. Have you have lost the skill of deep reading? Are you finding it increasingly difficult to stay with, say, a literary novel? You are not alone.

Wolf, who despite having two degrees in literature, confesses to the shocking discovery that recently she found herself struggling to stick with a beloved Herman Hesse novel.

Read more: 5 Australian books that can help young people understand their place in the world

We too can switch off our devices and set aside a space and time to revitalise the neural pathways that once made us immersive readers.

As Wolf argues, the skills of “deep reading” that involve “slower, more time-consuming cognitive processes […] are vital for contemplative life”. Deep readers are likely to be more thoughtful members of the community at a time when good citizenship may never have been more important.