The hope of many people enduring this summer’s firestorms is that better climate policy will arise phoenix-like from the ashes.

It is expressed loudly, fervently, sometimes abusively by people directly affected and those feeling solidarity with them.

It is also expressed secretly, whispered to like-minded confidants, by others who are part of or allied with the Liberal-National (LNP) coalition government of Prime Minister Scott Morrison.

On Sunday, Morrison indicated that he would take a proposal to establish a royal commission into the bushfires to his Cabinet.

But when it comes to climate policy, there are three possible scenarios in the aftermath of the crisis: everything magically changes for the better, everything stays the same or something different happens.

Everything magically changes for the better would look like this: Morrison announces the crisis has transformed his previous token admission of a link between bushfires and climate change into a revelation of the reality of global warming, with consequential policy change.

As logical and desirable as this seems, it is unlikely, not least because of Morrison’s character and personal beliefs.

Everything stays the same has a powerful impetus behind it. Morrison does not want policy change any more than his likely successor in the event of leadership change, Peter Dutton.

Government-friendly journalists and commentators at News Corp and 2GB show no sign of changing tack either, so even if the government wanted to shift its policy, the media environment makes it difficult to do so. The forces of inertia are powerful.

Then there is the slim hope that something different happens. This scenario relies on all three of Australia’s main political groupings – the LNP, Labor and the Greens – realising they each face their own distinct climate policy challenge and rising to it. 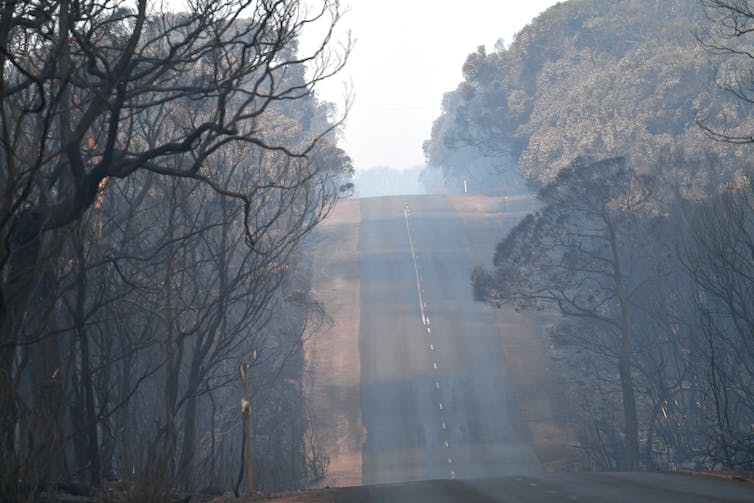 As Australian burns, its politicians squabble over who’s to blame and how to prevent future disasters. David Mariuz/AAP

Avoiding the appearance of a backflip

Opinion polls are not done over the summer holiday period, meaning the LNP has yet to see the impact of the bushfires on their public standing.

When polling resumes, Liberal and National MPs will understand the impact, and they won’t like it. Morrison and others will likely urge party members to hold their course since the next election is years away and a dozen other issues could distract attention from climate policy between now and then.

This tactic can prevail for some time but is not strategically sustainable: firestorms like those in the summer of 2020 will not be the last.

Read more: Grattan on Friday: When the firies call him out on climate change, Scott Morrison should listen

The emerging LNP argument that inadequate hazard reduction burns are to blame for the current crisis is risible. The Australian who has emerged with the most credibility from the bushfires – NSW Rural Fire Service Commissioner Shane Fitzsimmons – rejects it out of hand.

The LNP’s challenge, then, is to realise its current position won’t hold strategically and to transition to better policy ahead of that becoming obvious, managing the optics to avoid the appearance of a backflip.

The challenge for Labor and the Greens

Labor is benefiting from leader Anthony Albanese’s call for “an adult conversation” in Australia about climate policy. He is astutely citing British Tories like the late Margaret Thatcher and current Prime Minister Boris Johnson, who long ago accepted and acted upon the climate science the Morrison government viscerally rejects.

Labor’s homework now is to reconcile the views and interests of members and supporters prioritising climate policy over mining jobs, and vice versa.

This can and must be done if Labor is to build a coalition of support big enough to win office and then enact the climate and other policies the current firestorms make so urgent.

Read more: It's the 10-year anniversary of our climate policy abyss. But don't blame the Greens

The Greens, meanwhile, need to have an internal conversation about whether they want to continue making perfect policy the enemy of the good – leaving Australia with no emissions trading system (ETS) at all, for example, because they would not vote for one that did not meet their every demand – or join in efforts to begin on the path to better policy.

Central to that conversation must be a realisation their current strategy isn’t working – the LNP keeps returning to power. 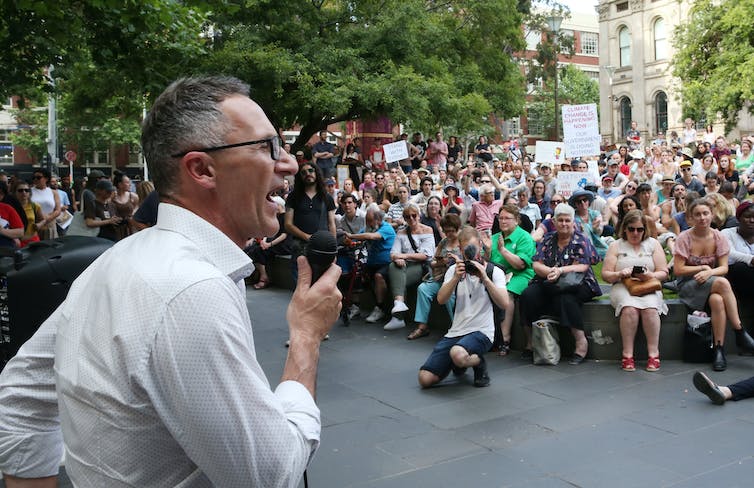 There is an obvious point the LNP, Labor and Greens might momentarily agree upon to move policy forward. It is the ETS proposed by Liberal Prime Minister John Howard in 2007.

Howard saw climate change coming. In late 2006, he established a prime ministerial task group on emissions trading chaired by the secretary of his Department of Prime Minister and Cabinet, Peter Shergold.

The Shergold Report, released in May 2007, said “emissions trading should be preferred to a carbon tax” and among the various kinds possible, a national “cap and trade” ETS was best.

In an address to the Liberal Party Federal Council in October 2007, Howard promised to establish a national ETS starting no later than 2012.

This will be a world-class emissions trading system more comprehensive, more rigorously grounded in economics and with better governance than anything in Europe.

Implementing an emissions trading scheme and setting a long-term goal for reducing emissions will be the most momentous economic decisions Australia will take in the next decade.

This emissions trading system must be built to last. It needs to last not five or 10 years, it needs to last the whole of the 21st century if Australia is to meet our global responsibilities and further build our economic prosperity.

Howard positioned the LNP as the party Australians could trust to implement an ETS in a way that gives “firms and families” the ability to “plan for the future with confidence”.

His authorship – and his framing of his ETS as an act of economic responsibility –provides a fig leaf Morrison can now use to move the LNP to a credible, sustainable and politically viable climate policy position.

“Something different” has to start somewhere. If Morrison can deploy the cunning he showed winning the 2019 election by drawing on Howard’s deep well of credibility within the LNP to implement the plan himself and then inviting – daring – Labor and the Greens to back him, it would be a signal political achievement.

And if Morrison doesn’t want to, Labor, the Greens, independent MPs and conscientious LNP MPs should vote together to turn Howard’s ETS into law right away. With political will, “something different” can start now.