A grim summer is likely for the rivers of the Murray-Darling Basin and the people, flora and fauna that rely on it. Having worked for sustainable management of these rivers for decades, I fear the coming months will be among the worst in history for Australia’s most important river system.

The 34 months from January 2017 to October 2019 were the driest on record in the basin. Low water inflows have led to dam levels lower than those seen in the devastating Millennium drought.

No relief is in sight. The Bureau of Meteorology is forecasting drier-than-average conditions for the second half of November and December. Across the summer, rainfall is also projected to be below average.

So let’s take a look at what this summer will likely bring for the Murray Darling Basin - on which our economy, food security and well-being depend. 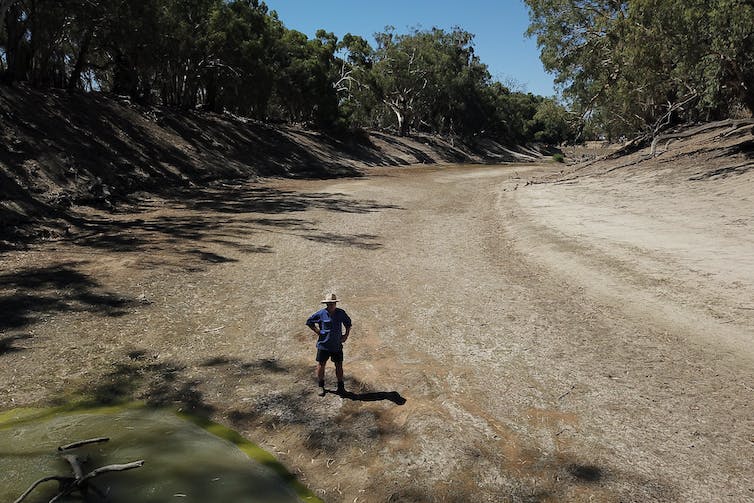 A farmer stands in the dry river bed of the Darling River in February this year. Dean Lewins/AAP

Not a pretty picture

As the river system continues to dry up and tributaries stop flowing, the damaging effect on people and the environment will accelerate. Mass fish kills of the kind we saw last summer are again likely as water in rivers, waterholes and lakes declines in quality and evaporates.

Three million Australians depend on the basin’s rivers for their water and livelihoods. Adelaide can use its desalination plants and Canberra has enough stored water for now. But other towns and cities in the basin risk running out of water.

Governments were warned well before the drought to better secure water supplies through infrastructure and other measures. But the response was inadequate.

Some towns such as Armidale in New South Wales have been preparing to truck water to homes, at great expense. Water costs will likely increase to pay for infrastructure such as pumps and pipelines. The shortages will particularly affect Indigenous communities, pastoralists who need water for domestic use and livestock, irrigation farmers and tourism business on the rivers. 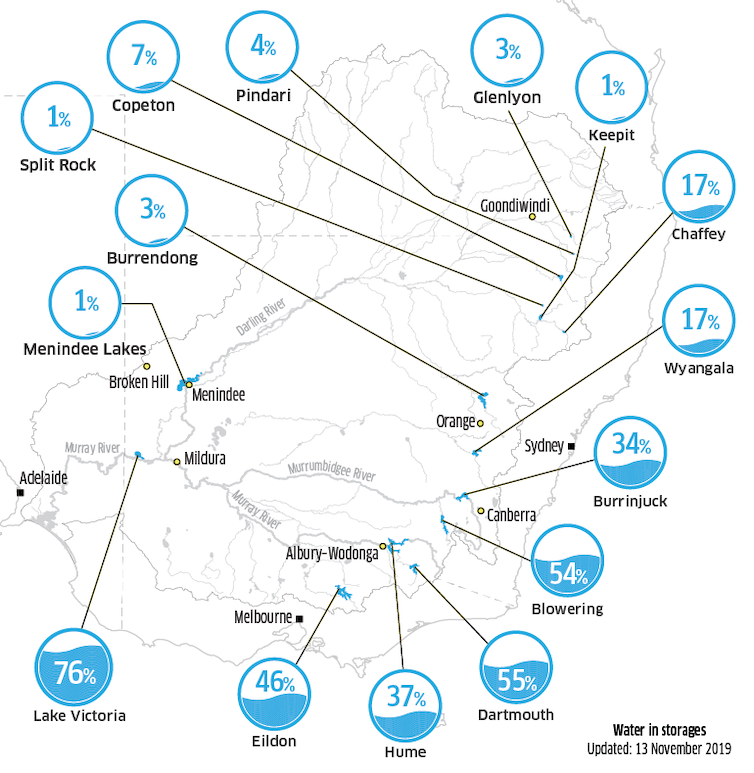 As we saw during the Millennium drought, when wetland soils dry some sediments will oxidise to form sulfuric acid. This kills fauna and flora and can make water undrinkable.

Red gum floodplain forests and other wetland flora will continue to die. Most of these wetlands have not had a drink since 2011. The desiccation, due to mismanagement and drought, is likely to see the return of hypersalinity – a huge excess of salt in the water - with river flows too weak to flush the salt out to sea.

If drought-breaking rains do come, as they did in 2010-11, this would create a new threat. Floodwaters would inundate leaf litter on the floodplains, triggering a bacterial feast that depletes the water of oxygen. These so-called “blackwater” events kill fish, crayfish and other aquatic animals.

The risk of blackwater events has largely arisen because government authorities have failed to manage water as they had agreed. In particular, the NSW and Victorian governments have not worked with farmers to allow managed river flows to inundate floodplains. 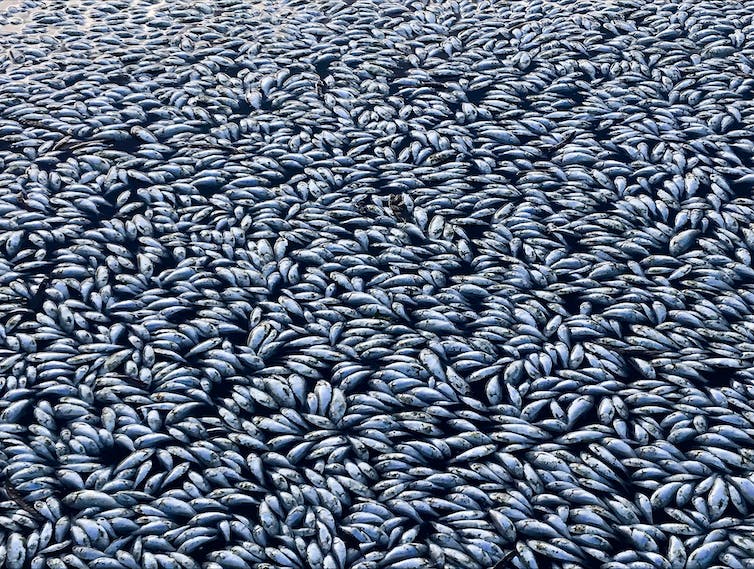 The prospect of thousands of dead fish in the Murray Darling Basin looms large again this summer. AAP/GRAEME MCCRABB

The severity and impacts of this drought should not come as a surprise. In the 1980s, the CSIRO’s first projections of climate change impacts in the basin foreshadowed what is unfolding now.

Despite the decades-old warnings, water management authorities in some catchments favoured water extraction by irrigators over rural communities, pastoralists and the environment. For example, the NSW Natural Resources Commission in September found that state government changes to water regulations brought forward the drying up of the Darling River by three years.

Read more: We can’t drought-proof Australia, and trying is a fool's errand

Since the basin plan was adopted in 2012 our federal and state political leaders have reduced the volume of real water needed to keep the rivers healthy, supply water to people and flush salt out to sea. For example, in May 2018 the federal government and Labor opposition agreed to reduce water allocated to the environment by 70 billion litres a year on average, without a legitimate scientific basis.

The basin plan is based on historical river flow records, without explicitly allowing for diminished inflows resulting from climate change. Australian water management has followed what’s been termed a “hydro-illogical cycle” where drought triggers reform, but government leaders lose attention once it rains. This suggests meaningful reform must be implemented when drought is occurring and politicians are under pressure to respond. 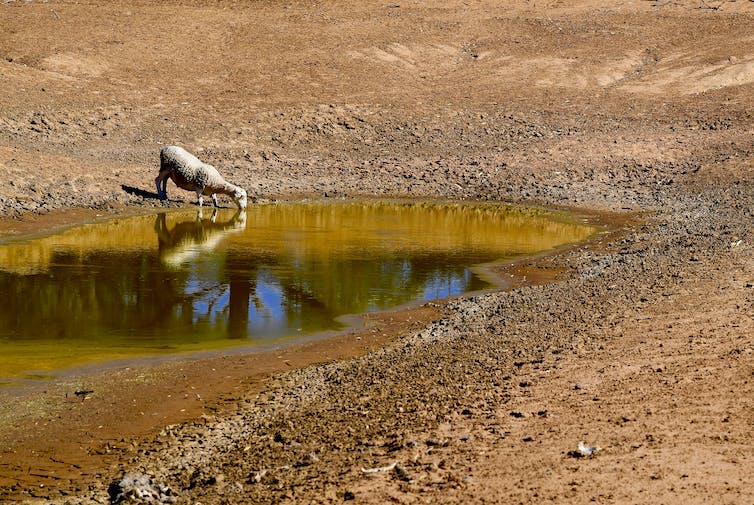 How to fix this

Governments must assume that climate-induced drought conditions in the basin are the new normal, and plan for it.

Investing in these adaptation actions now would provide jobs during the drought and prepare Australia for a much drier future in the Murray-Darling Basin.