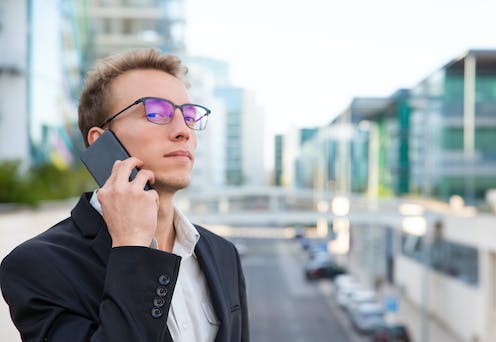 A self-proclaimed “farmer’s wife” triggered a groundswell of activity on Twitter this month from frustrated rural professionals across Australia. Kirsten Diprose is an ABC metropolitan journalist turned regional reporter. In an article for the ABC, she declared she always felt the need to play up her city-based credentials and experience to justify her professional worth. She wrote:

Many people in the country feel they have to justify their careers, whether it’s in the media, health, education or business. Some people think if you’re not working in the metropolitan centre then you must not be good enough at what you do. You never ‘cracked the big time’ or you were too afraid to try.

Read more: Bust the regional city myths and look beyond the 'big 5' for a $378b return

As academics with professional backgrounds in health care and media respectively who work in regional Victoria, we couldn’t agree more with Diprose’s observations. What she describes is known in academic scholarship as “geographical narcissism”. Swedish clinical psychologist Malin Fors used the term to explain the rural-urban interactions she encountered while working in a small town north of the Arctic circle in Norway.

The concept has also been described in other terms such as “urban splaining” – rural people are “talked down to” by their city counterparts – and “geographical judgment” as journalist Gabrielle Chan puts it in her book Rusted Off.

Academic literature, from Immanuel Wallerstein’s world systems theory to the work of cultural theorist Raymond Williams, has long discussed the economic and cultural causes of the rural-urban divide. Geographical narcissism looks at the psychological consequences.

Anyone outside the city is ‘camping out’

When big cities are seen as the centre of everything, it gives rise to a narcissistic view in city dwellers that subtly, often unconsciously, devalues rural knowledge, conventions and subjectivity. It fosters a “belief that urban reality is definitive”.

For example, rural health-care professionals are often asked by their urban contacts why they left the city. And when will they be going back? It’s assumed nobody would voluntarily move to a country town for professional work, especially if they have no family or social ties to the area.

Read more: Should I stay or should I go: how 'city girls' can learn to feel at home in the country

There is also a suspicion, as Fors points out, that people with ethical or personal problems are banished to the country. It is a classic film and television trope for the brilliant city specialist to be obliged to work as a rural GP because of alcoholism, cocaine addiction, fear of blood, or crime punished by community service. (A favourite example is the French-Canadian film La grande séduction/The Grand Seduction where a plastic surgeon must work in a small fishing village while coping with the twin deviations of cocaine use and a love of cricket.)

La grande séduction/The Grand Seduction epitomises the trope of a flawed medical specialist who has to work outside the city.

This year we have each been invited to speak at regional professional conferences and events about this topic. It’s clear many rural professionals who encounter this urban mindset struggle to be identified (or see themselves) as equals.

Many rural workers will identify with the expectation that they travel both ways in a day to attend a meeting in the city. As for employees of the city office, they need a night’s accommodation and a little narcissistic praise for their intrepid travel to the country.

This lack of appreciation can also interfere with the effectiveness of well-meaning urban professionals who want to improve rural practice. An urban professional seeking to reorganise an area of rural practice may feel bewildered at the passive-aggressive behaviour of their rural colleagues. As Fors observed, they are mistrusted as colonisers when they had expected to be welcomed as rescuers.

Read more: Settling migrants in regional areas will need more than a visa to succeed

Stereotypes are internalised too

Rural professionals often laugh with recognition when hearing of geographic narcissism. But it’s confronting when they realise they themselves have internalised and ultimately reinforce the same stereotypes.

As Diprose experienced, many rural professionals will legitimise their skills to an urban colleague by listing their urban education and work credentials – as if these are the experiences that matter. This leads to a rural dialectic, where rural professionals hold the seemingly opposing views that rural work is, and is not, of high quality.

Juggling these polarised views can lead to unhelpful psychological compromises. One of these is to split elements of rural practice into good and bad. Of particular concern is the belief that an individual professional is of high quality, but the rest of the rural organisation is not, so they must leave to progress their career.

There are, of course, social spaces and professional fields where geographical narcissism is not apparent. It’s less of problem when those who work and live regionally have their key economic, professional and social connections within one location. But when one competes with or is exposed to resources based at the “centre” – so often in the big cities – you can’t miss it.

The rise of digital technology – with its promise to eradicate issues of distance – has perhaps exposed the prevalence and unspoken acceptance of geographical narcissism.

Rural and urban environments bring different challenges for working professionals. Good and bad practices can occur in both. But it is narcissistic to believe geography is a key determinant of quality.