It’s 25 years since the fourth edition of the Diagnostic and Statistical Manual (DSM-IV) was published. The manual is the clinical “bible” that defines the criteria for the diagnosis of psychiatric and neurodevelopmental conditions, and was a landmark document for autism spectrum disorder.

The first mention of autism came in the third edition of the DSM in 1980, with the introduction of the diagnostic category of “infantile autism”. This label was generally only applied to children with substantial language impairment and intellectual disabilities.

In 1994, the DSM-IV recognised people could also show the core behaviours of autism without having significant language impairment or any intellectual disability. This change in how we described autism contributed to a surge in diagnoses.

Read more: Do more children have autism now than before?

So, 25 years on, what have we learnt about autism?

In the 1990s, we viewed autism as one condition, with all children showing similar, severe difficulties with social and communication skills.

We now know the reality is very different.

In its most literal sense, autism is diagnosed when a person displays a set of behaviours typified by difficulties in social interaction and communication, as well as having more restricted interests and repetitive behaviours than we typically expect.

Read more: Why do some people with autism have restricted interests and repetitive movements?

The severity of the behaviours that characterise autism vary considerably between people. Social interaction and communication difficulties, for example, can range from having no verbal language to highly fluent language.

The frequency and intensity of autism behaviours – such as repetitive play with objects and repeated body movements like rocking and hand flapping – vary between mild and severe.

And intellectual abilities can range from significant disability to a very high IQ.

This variation is the so-called “autism spectrum”, which has also led to the worldwide movement of “neurodiversity”. This views neurological conditions such as autism as part of the natural spectrum of human diversity, and posits that this diversity should be respected rather than pathologised.

Neurodiversity challenges the medical model of autism as a disorder, instead viewing autism as an inseparable aspect of identity.

Autism is diagnosed by a team of clinicians, through a consistent and rigorous diagnostic process. While the dividing line between “typical” and “atypical” can be blurry, a diagnosis is made when the core behaviours of autism have a functional impact on an individual’s daily life. 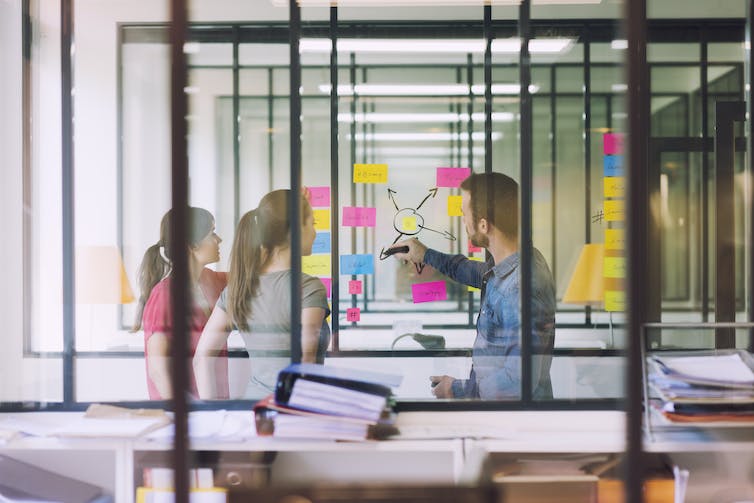 Some people with autism have very high IQs. LDprod/Shutterstock

It’s now clear that autism is not one condition in the sense that there is a common cause shared by all people on the autism spectrum.

Instead, autism is best thought of as an umbrella term which describes a range of different people, all with relatively similar behaviours, which may or may not be caused by the same biological factors.

Critically, autism is not just a childhood condition. While the behavioural characteristics of autism first emerge during childhood, they almost always persist into adolescence and adulthood, but often present in a different form.

Social difficulties in childhood might be shown through a preference to play alone, for example, while in adulthood this may be reflected by difficulty in maintaining social relationships.

Read more: We need to stop perpetuating the myth that children grow out of autism

The dramatic refinement of our understanding of autism from a severe childhood condition, to a cluster of complex and variable conditions that endure into adulthood, is a great achievement of scientific research and has driven all other research and policy advances.

In 1994, there was already a good understanding that autism originated from genetic differences.

Advances in genetic research in the late 1990s and 2000s – first by sequencing the human genome, then the dramatic reduction in the cost of this sequencing – led scientists to believe they would soon find the single gene that causes the brain to develop differently.

But after several decades of intensive research, the picture turned out to be far more complex.

There is now consensus that there is no one genetic difference shared by all individuals with autism. And rarely does one person possess a single genetic factor that leads the brain to develop differently.

There is also evidence to suggest other biological factors may play a role in the development of autism, including inflammation and hormonal factors. But the evidence for these factors remains preliminary.

We now know a range of conditions, including Fragile X syndrome and tuberous sclerosis, have very clear genetic or chromosomal differences that can lead to autistic behaviours. In total, these conditions account for around 10% of all people on the autism spectrum.

Genetic factors are still very likely to underpin autism in the remaining majority of people. But the genetic differences are likely more complex, and require advances in statistical techniques to better understand why the brain develops differently for some children.

In the 1990s, behavioural interventions for autism were dominated by applied behaviour analysis (ABA), an approach to therapy that helps children learn new skills.

While ABA remains prominent throughout the world, other therapeutic models have emerged, such as those based on developmental principles, those that target communication and those that use a combination of approaches. 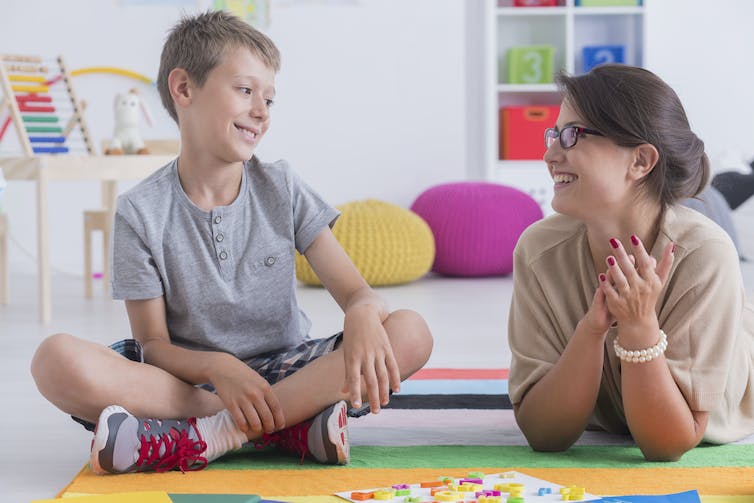 While these therapies help the development of some children with autism, no one therapy model will be effective for all. The great advance of the last 25 years has been to provide families with alternate options if their original choice of therapy isn’t as beneficial as they hoped.

Read more: A guide for how to choose therapy for a child with autism

But pharmacological (drug) treatments have not seen as much progress. Despite substantial research investment, there remains no medication with good evidence for reducing the disability associated with the core social and communication difficulties of autism.

Pharmacological intervention in autism is primarily used to assist with other challenges that can be associated with autism such as anxiety, attention problems, epilepsy and sleeping difficulties.

Despite progress over the past 25 years, health and disability challenges remain pervasive for people on the autism spectrum, and our policy responses continue to be fragmented across health, disability and education systems.

Given the ever-marching advance of science, it’s impossible to predict the next 25 years of research. A key challenge for scientists is how we use the knowledge we create to lead to clear and tangible benefits for humanity.

This will likely require meaningful partnerships with autistic people and their families to better understand their priorities for their lives. We need to learn how the knowledge we’ve obtained, and that still to come, can best support each person to discover their own strengths and what they want for their lives.