Having a baby at a birth centre is as safe as giving birth in hospital, according to our research, published today in the journal BMJ Open.

Women who give birth in a birth centre are also less likely to undergo unnecessary interventions such as caesarean sections, forceps or vacuum deliveries, which come with increased risks for mothers and babies.

Some women are advised to give birth in a hospital labour ward. This includes women expecting twins, having a breech baby (coming bottom-first instead of head-first), with medical complications such as high blood pressure, diabetes, or if they have had a previous caesarean section.

However, women with uncomplicated pregnancies should have the option to give birth in a birth centre with the right services around them.

In the largest Australian study of its kind, we used routinely collected data from across the country, from 2000 to 2012, and grouped women according to where they planned to give birth: in a hospital labour ward, birth centre or at home.

We carefully selected healthy women with uncomplicated pregnancies who gave birth to a single baby in a head-down position at term (between 37 and 41 weeks of pregnancy) and without any known major medical or obstetric risk factors.

We found women who planned a hospital birth were almost three times less likely to have a vaginal birth without an epidural than those who gave birth at a birth centre. 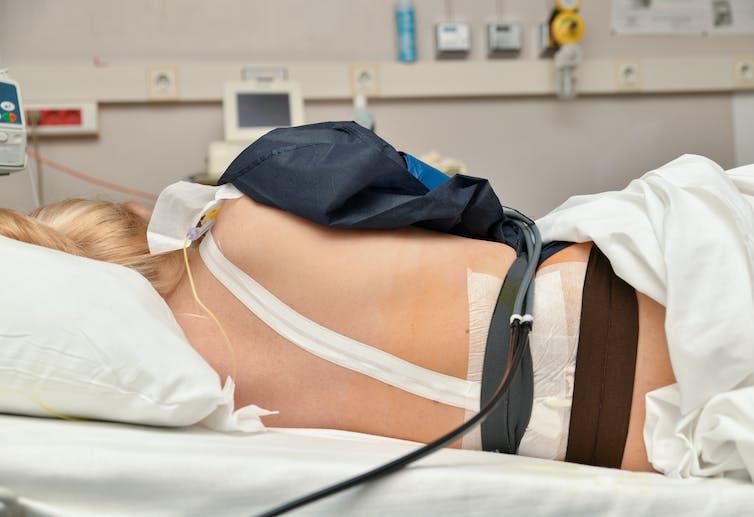 Women who give birth in hospital are more likely to have an epidural. Kipgodi/Shutterstock

Rates of complications were similar among women who gave birth in hospitals and birth centres, including severe postpartum haemorrhage (bleeding) and readmission to hospital.

The number of stillbirths and baby deaths up to four weeks of age was stable across hospitals and birth centres. However, babies born in birth centres were slightly more likely to need admission to intensive care for more than 48 hours.

What about home births?

First-time mothers had a slightly higher risk of death during a home birth than those who had previously given birth, although the numbers were too small to make firm conclusions.

What happens at birth centres?

Birth centres are typically co-located with hospitals, though a small number are standalone facilities. The centres typically provide midwife-led care to women with uncomplicated pregnancies in a home-like environment. 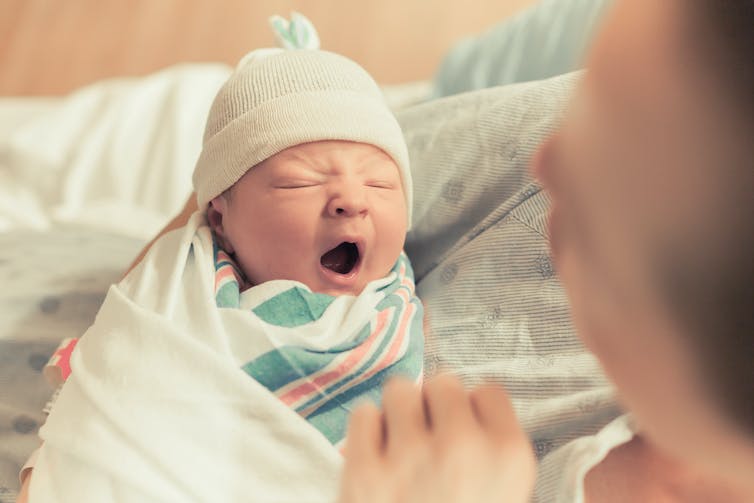 Care at birth centres is usually provided by midwives that the woman knows. This is known as midwifery continuity of care, and results in lower rates of intervention.

Birth centres are a more relaxed environment than a hospital labour ward; they’re usually less clinical, with a normal double bed, access to a birthing pool or bath, with soft lighting and equipment hidden out of sight.

Read more: Explainer: what are women's options for giving birth?

Different birth centres have different criteria about who can give birth there, but usually women must be having only one baby, in a head down position, and be keen to have a medication-free birth. Higher risk women, such as those who have had a previous ceasarean section, are excluded.

If complications in labour do arise, women in birth centres transfer to the hospital labour ward. If the birth centre is located away from the hospital, there are clear protocols on how this should happen – usually in an ambulance.

The rates of intervention across Australia are generally high compared to similar countries.

Our national caesarean section rate, for example, is at 35% – much higher than the World Health Organisation’s ideal rate of 10-15%. And there is considerable variation across the country.

And it won’t cost the health system more: our past research found birth centre and hospital births both cost around A$2,100.

Yet currently, few Australian women have the option to have their babies in birth centres; even those who live close to a birth centre may not get a spot because many are oversubscribed and resort to waiting lists.

Read more: So your birth didn't go according to plan? Don't blame yourself