A move to the country is often presented in popular culture as an idyllic life, a place where you can escape the pressures of the city.

It’s in television shows such as Escape from the City, River Cottage Australia and Gourmet Farmer, in books such as A Story of Seven Summers, Whole Larder Love and A Table in the Orchard, and in magazines such as Country Style and Australian Country.

But what’s the reality for those who’ve made the move?

Read more: Imagining your own SeaChange – how media inspire our great escapes

As part of my research into how people experience this change I spoke in-depth with 12 people who moved to the small rural town of Stanthorpe in Queensland, population 5,406 at the last count. 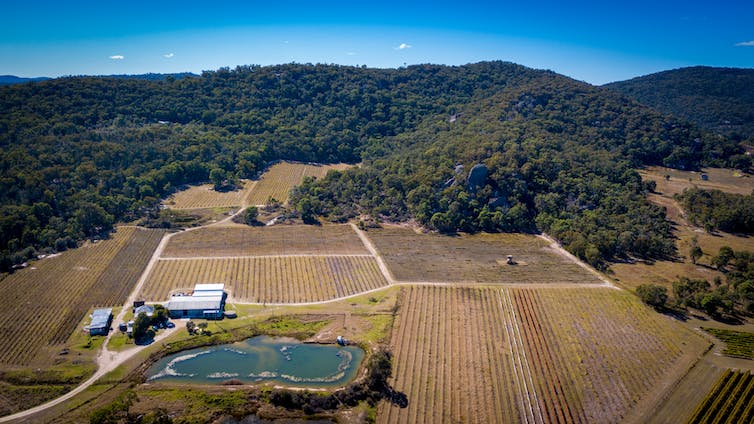 They came from international places as far away as Dublin and London, from Australian cities including Brisbane and Adelaide, as well as the Sunshine Coast.

While the majority moved because they wanted to be in the country, some arrived because visa requirements meant they had to work in a rural place. Others came for their partner, to be nearer family or, in one case, for a career opportunity for themselves.

These circumstances weren’t always entirely within their personal control.

Once they settled in, the majority found they were glad to be there. They enjoyed the level of trust people showed them, or the lack of traffic lights in town.

Others found the idyllic rural life wasn’t all it’s made out to be in media. For them, moving to the country meant limited leisure choices and life opportunities.

Here’s some of what they told me (not their real names).

Natalie moved because she’d been offered her dream job in Stanthorpe, but said she was “a city girl at heart”.

Being in a small country town was challenging for her. She found it really hard to meet people her age. She also mentioned how:

[…] when you’re in a small town, there’s no getting away from each other […] everybody knows what’s going on in your life.

She loved her new job and appreciated the way people helped each other out, but she was always seen as an outsider. This was partly due to her accent and the type of clothes she wore, which others commented on.

After several years in her job, she was offered an opportunity in Brisbane and took it, keen to get back to the city.

Read more: New home, new clothes: the old ones no longer fit once you move to the country

Christine, a middle-aged woman who moved for her husband, said she was “not a country girl”. While her home was “a very pretty spot”, she often journeyed back to Brisbane and Sydney for things she couldn’t access locally.

You can’t just make an appointment with a gynaecologist or an ophthalmologist, there are none. The major services aren’t here […]

But she said she had a better social life now than she had previously because country people “make time […] it’s a lovely community”.

Rae had mostly grown up in cities but enjoyed the outdoors as a child and had “always been a country girl at heart”.

Asked if the media show country life as it really is, she said:

Those magazines seem far too glitzy for what I know as truth […] it’s more muddy gumboots and bikes out the front of houses.

Lucy said of the magazines “they’re selling the dream”. Even though she tried, she couldn’t quite replicate that dream in her own life.

The participants who accepted the disparity between media idyll and country reality seemed most content.

Kate said her country life was nothing like she envisaged it would be.

But that’s good, because I can still enjoy reading books and watch McLeod’s Daughters and keep them there as that fantasy of what I’d like it to be in the country. 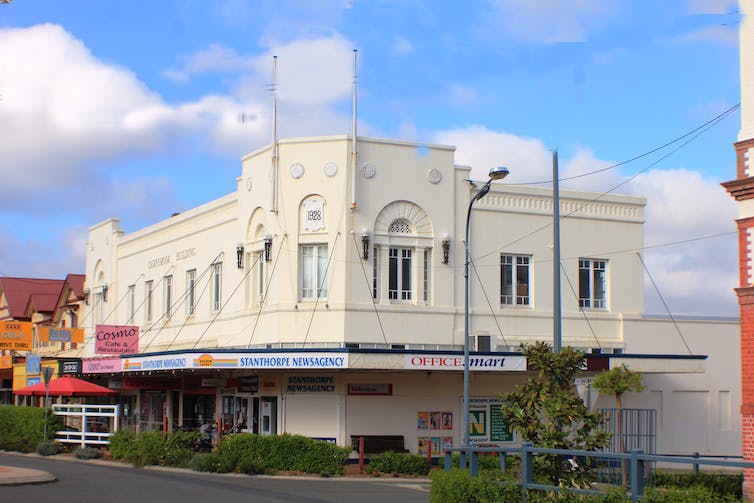 Stanthorpe’s not as busy as a city. Flickr/Barbybo, CC BY

A place to call home, or not

Even though these were all grown women, they used the word “girl” when they described themselves.

This city girl or country girl moniker was used to show how they viewed themselves. It became a shorthand descriptor they and others could use to let people know if they were living in the “wrong” place, without upsetting the rural people around them with criticisms of the rural space.

While some remained in the country even though they weren’t thrilled about it, those who saw themselves as city girls either left or they maintained strong ties to the city in their everyday life, effectively straddling both worlds.

These conversations showed that if a person identified as “not from here”, that became an indicator they would remain feeling like an outsider and not adapt as easily as those who considered themselves as belonging.

Tania suggested the key to enjoying small town life was to get involved.

[…] the more involved you can get in things in the community, the quicker you’re going to settle into a country town.

She suggested local sports and bushwalking groups, classes, churches and other organisations such as the Country Women’s Association, Lions, Zonta and Rotary. Others suggested volunteering with groups such as Landcare or other groups as a way to create belonging.

While this might not work for everyone who makes the move from city to country, it’s a good place to start.