Feral cats are wreaking havoc on our native wildlife, eating more than a billion animals across Australia every year. But managing feral cats and reducing their impacts on our threatened species is challenging, to say the least.

Aside from killing native animals, feral cats spread parasites and diseases such as toxoplasmosis which can kill native wildlife or make them more susceptible to predators.

To reduce these impacts, we must reduce feral cat populations. The difficulty is finding the right approach.

There have been suggestions that dingoes could help conserve biodiversity by controlling feral cats. But the evidence does not support this approach.

Our findings suggest that proposals to restore or reintroduce dingoes to protect threatened species may do more harm than good. 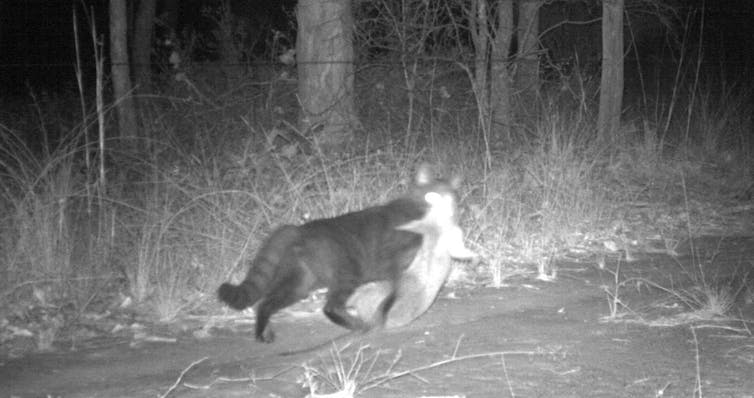 Feral cats eat over a billion animals in Australia every year. Bronwyn Fancourt

Do dingoes create a ‘landscape of fear’?

Some studies have reported fewer cats in areas with dingoes, concluding that dingoes must be suppressing cat numbers. However, these studies typically estimate the number of dingoes and cats using the number of footprints on a sand plot, counts from spotlight searches, or even the raw number of images captured on camera traps.

Unfortunately, all of these methods are known to be poor measures of abundance. Accordingly, whether or not dingoes suppress the abundance of cats remains hotly debated.

It has also been suggested that dingoes create a ‘landscape of fear’, scaring cats and forcing them to change their behaviour to avoid dingoes. According to this hypothesis, dingoes might create cat-free periods or areas in the landscape, where threatened species could live without being harassed by cats.

By scaring cats away, some argue that dingoes might also prevent cats from hunting in the best areas, or hunting at the best times. Over time, this might even reduce cat populations by reducing their hunting success, body condition and breeding success. 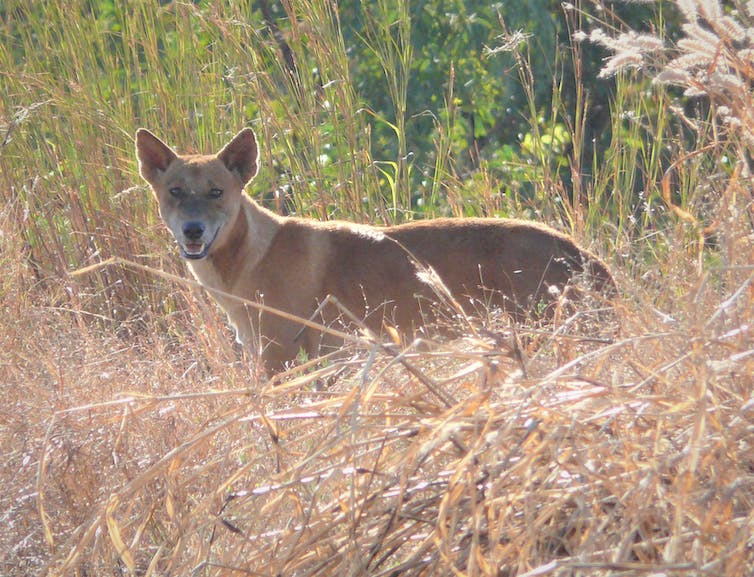 These suggestions might sound promising for conservation. But in reality, we found that dingoes do not impact cat activity.

Dingoes did not exclude cats from any patches, and cats were widespread across our study sites. Not only were cats and dingoes active in the same areas, cat activity was actually higher in patches where dingoes roamed than in areas where dingoes were absent. This suggests that dingoes do not create cat-free refuges in the landscape to protect threatened species.

Cats and dingoes were also active at the same times. While activity times for dingoes and cats overlapped at both sites, there was slightly less overlap at one site. But interestingly, this was because dingoes, not cats, had shifted their activity.

Read more: For whom the bell tolls: cats kill more than a million Australian birds every day

Cat densities at our sites were around 50% higher than the national average. This means that dingoes are not controlling cat numbers, either by killing or scaring cats, changing cat behaviour, or reducing their hunting or breeding success. Cats remained active, abundant and widespread across our sites, and our evidence suggests they also hunt and breed successfully in areas with dingoes.

A group of world-leading taxonomists recently determined that dingoes are not a distinct species, but actually a type of dog. Cats have lived around dogs for tens of thousands of years, and have clearly learned how to outsmart them in order to coexist. Our findings suggest that feral cats are no different to their domestic cousins in their ability to outsmart and coexist with dingoes. 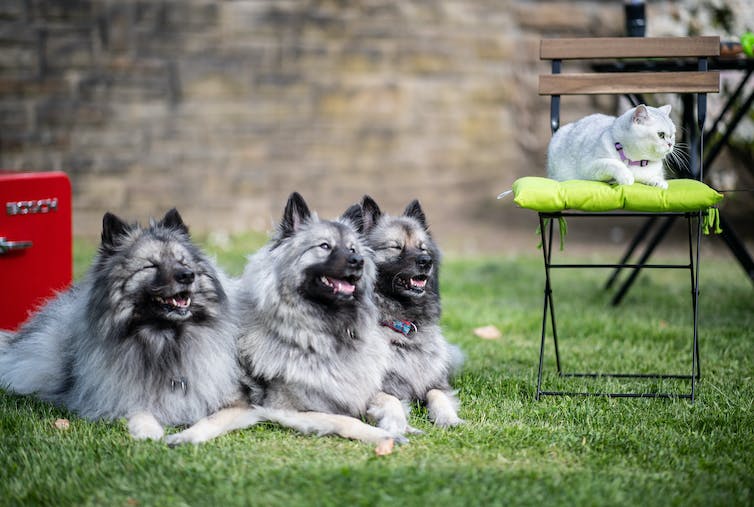 Cats and dogs have co-existed for thousands of years, suggesting feral cats won’t easily be scared by dingoes. AAP

History is littered with examples of dingoes failing to protect threatened species from feral cats. Soon after European settlement, feral cats established and spread across Australia, causing the extinction of dozens of Australian native mammal species. This mass destruction occurred in the presence of dingoes, which had been introduced to Australia up to 5000 years earlier.

If the dingo couldn’t stop the spread of feral cats and protect threatened species from extinction while cats numbers were still low, it seems extremely unlikely that they could effectively suppress the two to six million feral cats that occupy 99.8% of Australia today.

The reintroduction of wolves to Yellowstone National Park in the United States is often touted as an example of how dingoes could restructure Australian ecosystems and protect our biodiversity. But Australia isn’t Yellowstone, and dingoes aren’t wolves. Wolves are a native top-order predator in Yellowstone, while the dingo is merely an introduced middle-sized predator in Australia. 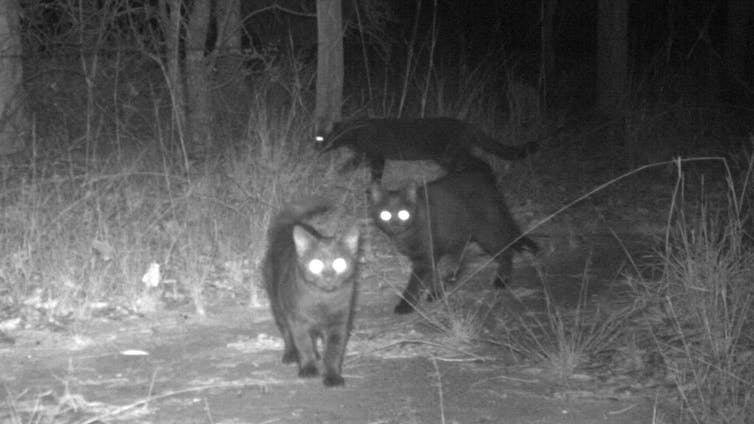 Even if dingoes could suppress cats, dingoes are still predators that hunt and kill to survive. It is often claimed that dingoes are beneficial because they kill invasive pests and overabundant native animals. But they also kill the threatened species that they are supposed to protect.

For example, dingoes are the major predator of endangered adult bridled nailtail wallabies, and have contributed to the failure of reintroduction programs for other threatened species, including northern quolls and burrowing bettongs.

Read more: The dingo is a true-blue, native Australian species

Australia is rapidly losing the fight to save our threatened species. Trapping, shooting and exclusion fencing can all help control cats in small areas, but these approaches are not feasible, sustainable or effective over large areas.

This article was co-written by Dr Matt Gentle, a co-author of the research. Matt is a principal scientist with the Pest Animal Research Centre within Biosecurity Queensland.