In a speech in Albury last month, Prime Minister Scott Morrison told his audience that he was praying for rain in drought-affected areas.

This week, Morrison spoke at a breakfast and praised prayers as “a reminder of our humility and our vulnerability […] that forms a unity”.

It appears prayer has become part of government public policy.

What prayers are asking

Petitionary prayer is one of the traditional forms of Christian prayer. Broadly speaking, it has the form: “God, give me X”. In one of its most recent versions, “thought and prayers” are offered as condolence to those who are the victims of natural disasters or crimes. After the terrorist attack on the Christian Coptic cathedral in Egypt in late 2016, Scott Morrison declared, “My thoughts and prayers are with the Coptic community”. 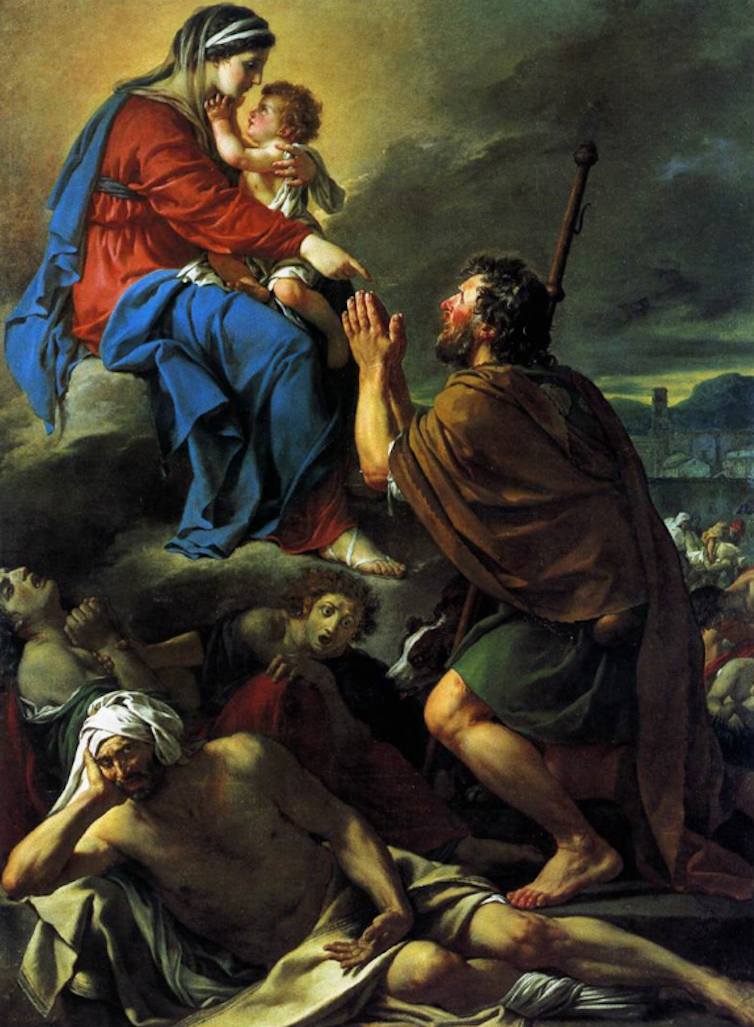 St. Roch Praying to the Virgin for an End to the Plague by Jacques-Louis David (1780) Wikiart

In either case, God is being asked to intervene in the world. So petitionary prayer is essentially asking God to do miracles. The classic definition of a miracle was given by the Scottish 18th century philosopher David Hume: a miracle, he said, is “a violation of the laws of nature”.

More generally, following the philosopher J.L. Mackie, we might say a miracle occurs when something distinct from the natural order intrudes into the world. In the Christian case, God is this “something distinct”.

How good are miracles?

Miracles are at the very heart of the Christian tradition. The founder of Christianity, Jesus of Nazareth, was a miracle worker. He healed the sick, raised Lazarus from the dead, walked on water, cast out demons, turned water into wine, and so on.

Christianity bases its claims to truth on Jesus’ resurrection from the dead on the third day after his crucifixion. As St Paul put it, “If Christ has not been raised, then our proclamation has been in vain and your faith has been in vain” (1 Corinthians 15.14). 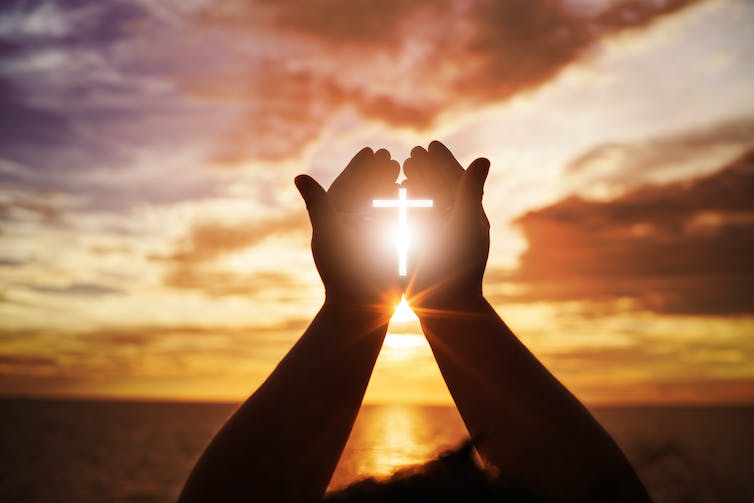 Petitionary prayer is a request to a higher power to intervene in the natural world. www.shutterstock.com

Miracles have always been an important part of Roman Catholicism’s evangelical outreach. Miracles, saints, and conversions all go together. So miracles come, not in utter loneliness, but trailing clouds of Catholic doctrines, claims to religious truth, invitations to join up, and encouragement to the faithful to keep coming back.

That said, since the 18th century Enlightenment, “miracle” has been a highly contested idea within the West. Believers and sceptics have begun to doubt the possibility of supernatural intervention into the world by God.

God’s activity in the world had now become a matter of philosophical rather than theological debate – a matter for rational discussion and not scriptural quarrel.

The new science came to focus on nature’s orderliness, simplicity, decorum, regularity, and uniformity. With that, the question of whether God could or ever did violate the regularity of nature assumed a new form. Could God break the laws of nature?

For some, like its major proponent - a humble schoolmaster named Peter Annet, the answer was simple. The laws of nature could not be violated. A miracle was defined as a violation of the laws of nature. Therefore miracles could not happen. Moreover, it was argued, God was unchanging. Since God established the laws of nature, they must be as unchangeable as he is.

This argument was a direct attack on the authority of the Bible and more importantly, reliant as it was on miracles, on the truth of Christianity itself. Accordingly, Annet was sentenced at the age of 68 in 1762 to stand in the pillory and to serve a prison sentence of one year’s hard labour. 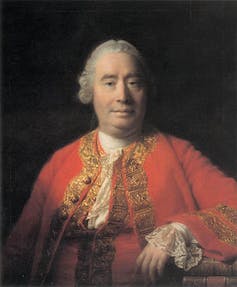 As a result, others were more careful. While accepting that God could do miracles, they denied that he ever did or that we were entitled to believe that he had. Enter the Scottish philosopher David Hume. No humble schoolmaster this - but rather, by the time he published his essay Of Miracles in 1748, one of Europe’s greatest philosophers.

But would God help?

Hume accepted that the laws of nature could be violated. So God could do miracles. But did he? Hume’s argument against miracles was about weighing the evidence. The laws of nature were laws, he declared, because of the enormous amount of evidence that established them as laws. 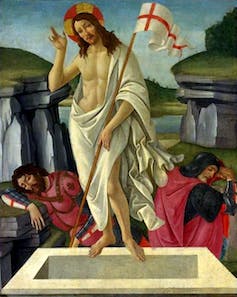 The Resurrection by Sandro Botticelli (circa 1490) Wikiart

In this way, evidence for one man such as Jesus Christ having done so could never outweigh the universal evidence that people do not do so. It would therefore never be reasonable to believe Jesus had risen from the dead.

All this means God could make it rain if he were asked and if he wished to. But that said, if it did rain as a result of prayer, it would be difficult to demonstrate God had intervened to make it do so.

If the rain could not be naturally explained by meteorological science, then it’s possible divine cause came into play. Torrential rain falling out of a cloudless sky might do the trick. But if the rain were capable of a perfectly natural explanation, it could not qualify as a miraculous event. 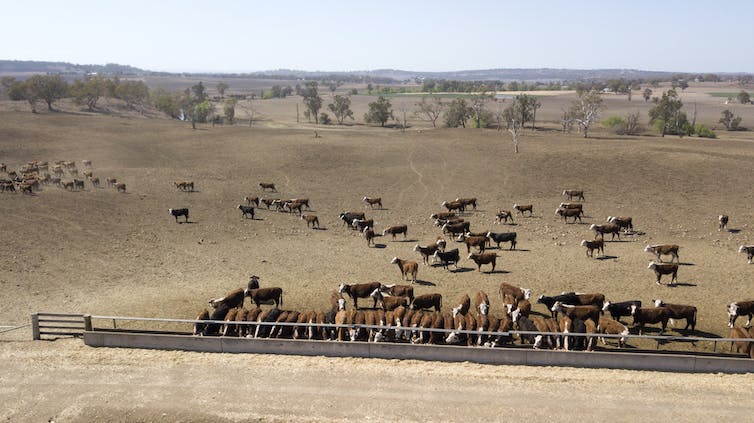 Putting aside the difficulties in showing God had made it rain, should we ask him to? As a supplement to a coherent climate change policy and actions flowing from it, it can hardly do any harm.

Indeed, it might encourage those who pray to become more environmentally active. But as a substitute for a coherent policy, it borders on the socially and politically irresponsible.

Believe it or not, relying on prayers would be theologically irresponsible too. Any theologian worth his or her salt would argue God made us responsible for the well-being of this planet. If I were a God asked to sort out climate problems caused by the actions of human beings, I would remain divinely aloof and simply say, “You messed it up, you fix it”.