India released a Draft National Education Policy (DNEP) in June 2019. It’s the first comprehensive policy proposal on education in the country since 1986 and a major, game changing statement.

Australia has a moral duty to engage with the global challenge of providing quality education to hundreds of millions of Indian youth. And by engaging with India as it rolls out this policy, Australian universities stand to gain knowledge and research capacity, among many other things.

India’s National Policy on Education was framed in 1986 and modified in 1992. Clearly a lot has change in the country since then.

The proposed new policy is remarkable for two main reasons.

First, it takes a cold-eyed look at the existing educational structures and processes in India. The document reflects honestly and in depth on state-level universities and colleges where the majority of students study. In these institutions, the facilities, teaching, and governance are usually poor.

A second remarkable element to the draft is the scale and boldness of the vision. The policy aims to make changes across all levels of education – from early childhood to university.

The draft policy, which is currently in the consultation phase, recommends doubling funding for public education from the present figure of roughly 3% of GDP to 6%.

It aims to change the structure of school education so children begin their schooling at three years old, with three preschool years incorporated into the formal structure. 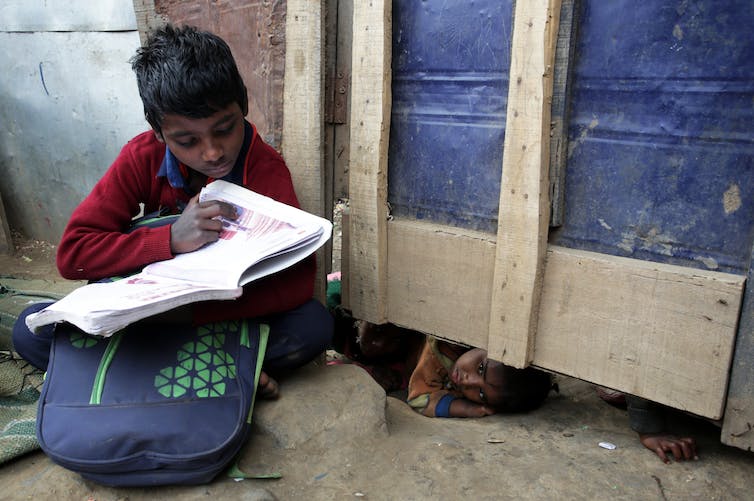 The draft policy also calls for an overhaul of teacher training which will now occur in universities rather than specialist colleges, which are often of low quality.

In tertiary education (though the draft is weak on the issue of vocational education), the policy sets a target of 50% of youth being enrolled in universities by 2035 (in 2016, the figure was 24.5%).

Read more: India soon to have the largest tertiary-age population in the world

The DNEP recommends dismantling the current system of universities and private and public colleges to develop between 10,000-15,000 multi-disciplinary universities, which would be funded in part through the increased government investment in higher education.

The document notes the current system is made up of more than 850 universities and about 40,000 colleges, with 20% of those colleges offering just a single program of study, and 20% having under 100 students.

The new institutions are envisioned to promote education in the arts and social sciences. The focus on “liberal arts” will encourage critical thinking and appreciation of the value of education beyond just preparing the population for employment.

The DNEP emphasises the importance of developing a research culture across most universities in India and stresses the value of internationalisation by “preparing our students to participate in world affairs through providing them with learning experiences that cut across countries and cultures”.

It also aims to to “attract students from other countries to participate in our higher education programmes”.

Why Australia should care

The poor quality of school and university described in the DNEP is a critical global challenge. As it stands, large parts of India, especially northern India, are unlikely to meet the United Nation’s Sustainable Development Goal 4, which calls for accessible, quality education for everyone.

Australia should partner with India to address the needs of the hundreds of millions of young people demanding a better education. 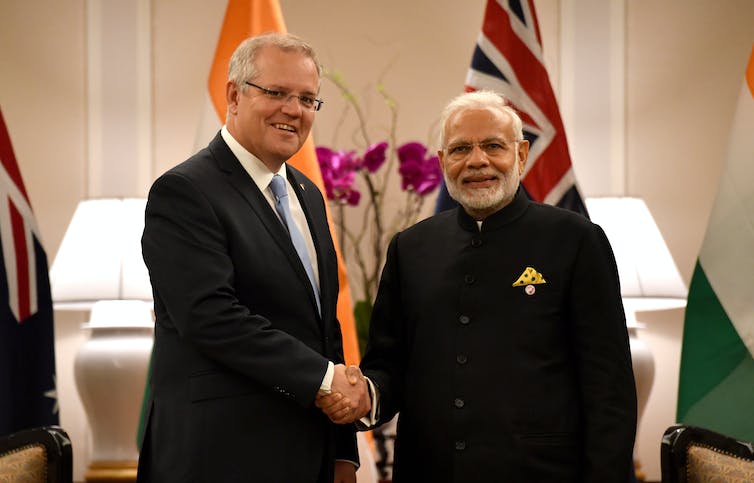 Australia has a lot to gain from engaging with India on its new education policy. MICK TSIKAS/AAP

By interacting with top Indian researchers and students, Australia can also improve its own research and knowledge capacity. Australia can make commercial gains from working with India in the redevelopment of its education system.

Australian universities can act in five areas in particular:

1. Build research capacity in India and across the Australia-India boundary

Australia already has a research partnership with India, the Australia India Strategic Research Fund (AISRF). This should be extended, through a joint new research fund with India’s already established new National Research Foundation.

India faces a major challenge in creating a body of excellent researchers capable of occupying positions in its proposed new universities. It is therefore crucial that research partnership also involves building this capacity, especially by creating new PhD training and post-doctoral positions.

2. Partner with India in open and distance learning (ODL)

The DNEP’s goal of increasing the number of students in university in India to 50% can’t occur through bricks and mortar expansion. India has a lot of experience on ODLs but Australia and India could usefully partner in the development of better quality technology platforms.

Australia has major strength in teacher education. India is looking to other countries to assist in training the staff in universities who will be responsible for training teachers in the new system. Australian action in this area would greatly help Indian education into its next phase.

Australia has been very successful since the 1990s in internationalising its education. Education is now one of Australia’s largest exports. Australian universities and peak bodies such as the Group of Eight Universities could be partners in India’s efforts to internationalise.

5. Building campuses in each other’s countries

The DNEP recommends overturning regulation that prevents foreign universities from establishing campuses in India. It invites the world’s top 200 universities to develop a physical presence in the subcontinent. It also encourages Indian institutions to consider opening campuses abroad.

Australian universities could approach Indian institutions to discuss the development of a physical presence in each other’s countries, such as laboratory spaces, research centres or campuses.

The DNEP is remarkable on many levels: a bold effort to rethink education from first principles in a country containing one fifth of the world’s youth. Australia should make it a priority to engage.