But our new research, published recently in Animal Conservation, used koala-detecting dogs to find vulnerable koalas in places developers assumed they wouldn’t live. This highlights the flaws of environmental protections that prioritise efficiency over accuracy. 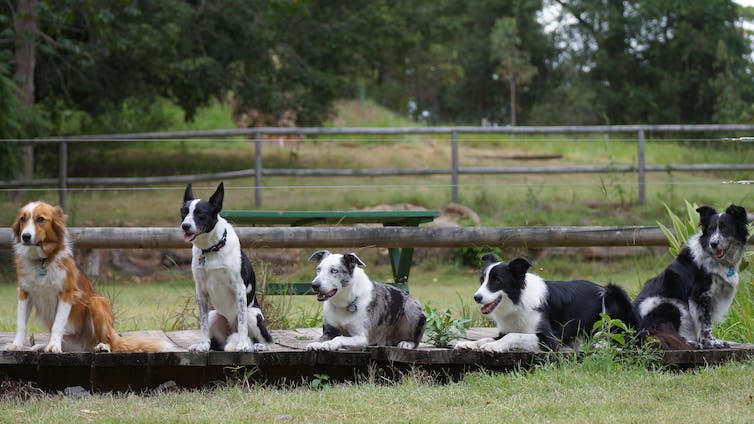 The dog squad: from left to right, Baxter, Billie-Jean, Bear, Charlie and Maya sniffed out vulnerable koalas to see how many are living in areas due to be developed in Queensland. Author provided

Every new infrastructure project must carry out an Environmental Impact Assessment (EIA) to see whether it will affect a threatened species. If this is the case, the logical next step is to try to avoid this by redesigning the project.

But this rarely happens in reality, as we saw recently for the endangered black-throated finch.

Read more: Adani's finch plan is approved, just weeks after being sent back to the drawing board

More often, when the EIA suggests an unavoidable impact the response is to identify mitigation and compensation measures, often in the form of “offsets”. These are swathes of comparable habitat assumed to “compensate” the impacted species for the habitat lost to the development.

To take koalas as an example, developers building houses might be required to buy and secure land to compensate for lost habitat. Or a new road might need fencing and underpasses to allow koalas safe passage across (or under) roads. 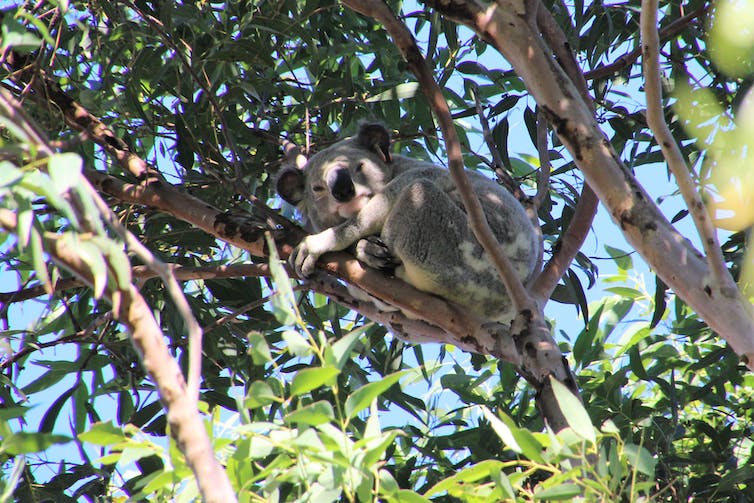 Koalas can be found in many environments, from the bush to cities. Detection Dogs for Conservation, University of the Sunshine Coast

These steps are defined in environmental regulations, and depend on the results from the original EIA.

An issue of assumptions

With koala numbers still declining, we investigated whether current survey guidelines for EIA were indeed adequate.

Read more: A report claims koalas are 'functionally extinct' – but what does that mean?

For an EIA to be effective, it is fundamental the environmental impact of a future development can be accurately anticipated and therefore appropriately managed. This relies, as a first step, on quantifying how the project will affect threatened species through ecological surveys of presence and extent of threatened species within the project’s footprint.

There are government guidelines to prescribe how these ecological surveys are performed. Every project has time and budget constraints, and therefore survey guidelines seek efficiency in accurately determining species’ presence. 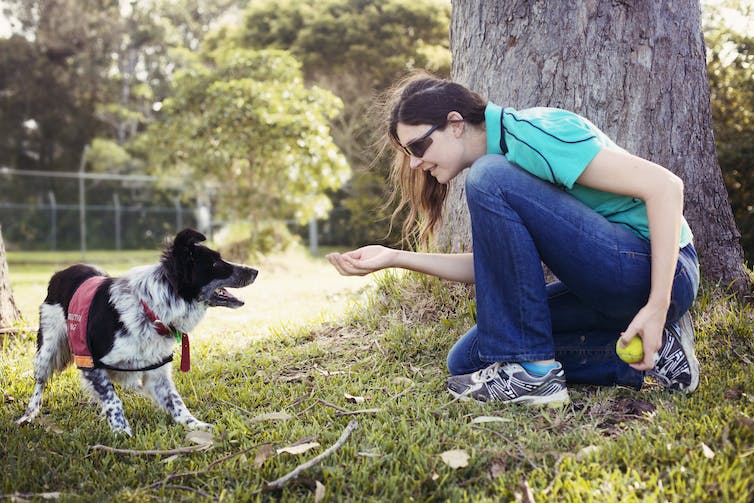 As such, the Australian guidelines recommend focusing survey effort where there is the highest chance of finding a species of concern for the project. This sounded very logical – until we started testing the underlying assumptions.

We used a very accurate survey method – detection dogs – to locate koala droppings, and therefore identify koala habitat, in the entire footprint of proposed projects across Queensland. We did not target our efforts in areas we expected to be successful – therefore leaving out the bias of other surveys.

We found koalas did not always behave as one would expect. Targeting effort to certain areas, the “likely” koala habitat, to try increase efficiency risked missing koala hotspots.

In particular, the landscape koalas use is intensely modified by human activity. Koalas, like us, love living on the coast and in rich alluvial plains. That means we unexpectedly found them right in the middle of urban areas, along roads that – because they have the final remaining trees in dense agricultural landscapes – are now (counterintuitively) acting as corridors. 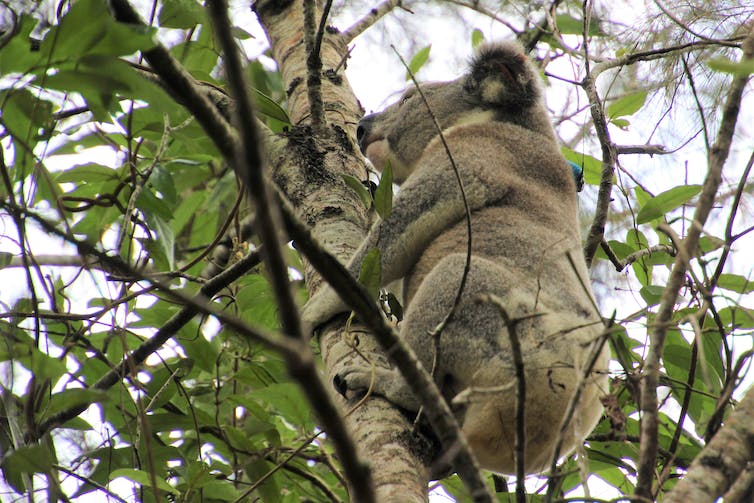 This koala was found in a built-up area not captured by traditional surveys. Detection Dogs for Conservation, University of the Sunshine Coast

Read more: Koalas can learn to live the city life if we give them the trees and safe spaces they need

Assumptions about where koalas live can massively underestimate the impact of new infrastructure. In one case study, the habitat defined by recommended survey methods was about 50 times smaller than the size of the habitat actually affected.

If surveys miss or underestimate koala habitat while attempting to measure development impact, then we cannot expect to adequately avoid, mitigate or compensate the damage. If the first step fails, the rest of the process is fatally compromised. And this is bad news for koalas, among many other threatened species.

All parts of the landscape are important

What is needed is a paradigm shift. In a world where humans have affected every ecosystem on Earth, we cannot focus on protecting only pristine, high-quality areas for our threatened species. We can no longer afford to rely on assumptions.

This might seem like a big, and therefore expensive, ask. Yet ecosystems are a common resource owned by all of us, and those who seek to exploit these commons should bear the cost of demonstrating they understand (and therefore can mitigate) their impact.

The alternative is to risk society having to shoulder the environmental debt, as we have seen with abandoned mines.

Read more: What should we do with Australia's 50,000 abandoned mines?

The burden of proof should squarely reside with the proponent of a project to study thoroughly the project impact. 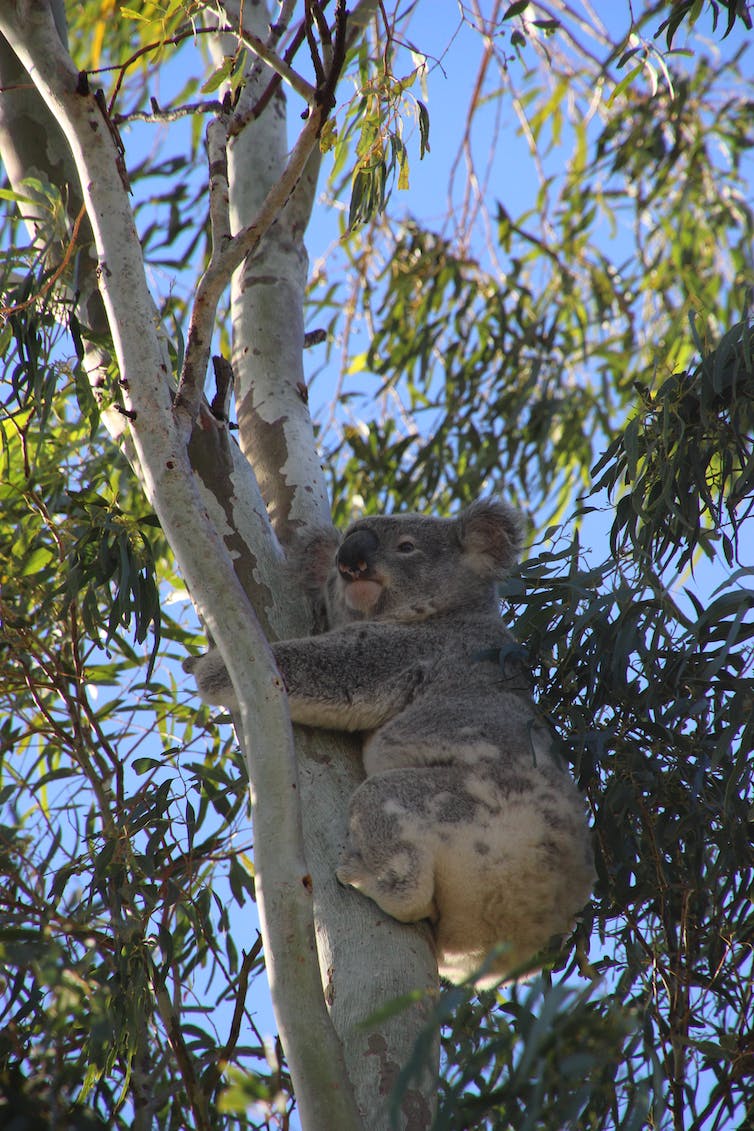 A koala found in the wild while performing an Environmental Impact Assessment. Detection Dogs for Conservation, University of the Sunshine Coast

This is where the issue lies – proponents of projects are under time and budget constraints that push them to look for efficiencies. In this tug of war, the main losers tend to be the threatened species. We argue that this cannot continue, because for many threatened species, there is no longer much room for mistakes.

The environmental regulations that define survey requirements need to prioritise accuracy over efficiency.

A review of Australian’s primary environmental law, the Environment Protection and Biodiversity Conservation Act is due to begin by October this year. We call on the government to use this opportunity to ensure threatened species are truly protected during development.

The authors would like to gratefully acknowledge the contribution of Dr David Dique and Russell L. Miller to this research and the two original papers this piece is based upon (feature paper and response).