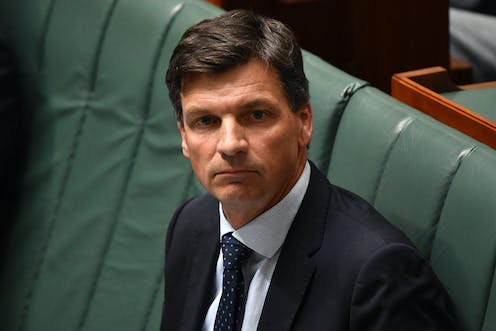 The government has lobbied crossbenchers with fresh material in a last minute effort to head off a Senate inquiry into Angus Taylor’s intervention on endangered grassland.

It is expected to produce the material publicly on Monday before the Senate is due to decide whether to establish the inquiry.

Pauline Hanson’s One Nation has become the decisive player in whether Energy Minister Angus Taylor’s actions over NSW endangered grassland are probed by a Senate inquiry.

Taylor, seen by the opposition as a weak parliamentary performer, came under sustained attack in question time last week and faces continued heat.

Labor is putting him under pressure on two fronts – his interest through a family company in a farm that is under investigation for land clearing, and his portfolio issues of high energy prices and rising emissions.

In 2017 – when Josh Frydenberg was environment minister - Taylor sought a government briefing on the classification as endangered of the natural temperate grassland. He says he was acting on representations from constituents in his NSW seat of Hume.

There was an investigation at the time into the poisoning of a section of the grassland on the property of the company Jam Land Pty Ltd, of which Taylor’s brother Richard is a director. Angus Taylor has an interest in Jam Land through his family company. Although Taylor’s declaration of interests lists his family company, it does not include that company’s interest in Jam Land. Taylor says this omission is within the rules.

A compliance officer was at the briefing.

The opposition last week failed in its move for an inquiry. But since then, Centre Alliance senator Rex Patrick has signalled a change of mind.

Patrick had been dissuaded from backing an inquiry by material the government showed him. He has subsequently decided the material is irrelevant, saying that after studying the reporting on the issue and federal and NSW FOIs “I am now prepared to support an inquiry”.

This change leaves One Nation as crucial – the motion won’t pass if it opposes. Pauline Hanson did not support Labor’s push last week, but on Sunday was being coy.

One Nation senator Malcolm Roberts said on Sunday night the party was still weighing its position and would decide on Monday morning.

He said the issue had been hurting farmers since the Howard government caused the problem by driving, through the states, native vegetation legislation “that stole farmers’ property rights”.

“Angus has been caught up in this - now that he’s involved, the government is interested, ” Roberts said.

“My indirect interest in Jam Land Pty Ltd has been widely reported in the media, and was declared in accordance with the rules,” he said. “I have had no association with the compliance action, and I have never made representation in relation to it.” He said he had been “sticking up for the farmers in my electorate”.

Labor’s climate spokesman Mark Butler said Taylor was “embroiled in a growing scandal over whether or not he sought to interfere in a compliance action, by his own department, over illegal land clearing on a property in which he had a financial interest which he had not disclosed.

"He had not disclosed that financial interest to the parliament, to the Australian people and it would appear not even to the Prime Minister.”