Something incredible might be happening to James Bond: a separation, a personal Brexit of sorts. According to the Daily Mail, while Daniel Craig will return as Bond in the next film, Bond may not return as 007. There will, reportedly, be a new 007 in town, and she’ll be black. And a woman.

At this stage, the rumour that 007 will be played by British actress Lashana Lynch is unconfirmed, sourced from tabloid “insiders”. But if this claim is true (and it does have more than a hint of authenticity to it) what does it mean? A dangerous fragmentation of the franchise? Or a necessary evolution?

As a lifelong Bond aficionado, I hope the news is true for the simple reason that it’s about bloody time. I love Bond, but he has only ever moved with the times on the most surface of levels – like a cool uncle who continues to buy the latest tech, but no longer quite understands how to use it. For the entirety of its life, the franchise has been the epitome of conservatism.

The first Bond film I saw was The Spy Who Loved Me. The action, adventure, humour, gadgets and “coolness” of the alpha-male in action was intoxicating, and I burned voraciously through the movies, novels and short stories.

It should be said that there are two distinct Bonds: one of the page and one of the screen. The book Bond, created by Ian Fleming in 1953, actually worked in an office. The novels were a fulfilment fantasy of the (male) office clerk, one who was still experiencing the effects of rationing from WWII and had no opportunity for international travel.

Bond had a (female) secretary and did mundane paperwork until he got the call from M, who would send him on impossibly glamorous and global secret missions. The books were unashamedly equal parts thriller and travelogue. Written in the pulp tradition, the symbolism of the stories was deliberately obvious; heroes had names like “Trueblood”, with the villains usually foreign and most often “half-breeds”. 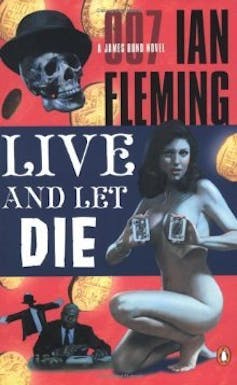 Even now, the racism of the books tends to be classified as what critic and cultural commentator Umberto Eco once indulgently called just “a cautious, middle-class chauvinism”, with Fleming guilty of nothing more than portraying attitudes prevalent and unexamined at the time. However you label the variety of racism, it dated the books badly, sealing them in a time capsule of the 1950s. Bond himself was never given racist attitudes, instead the equally “of their time” sexist ones. Whereas the racism of the books did not translate directly to the screen, the misogyny carried over wholesale. The movie Bond is an always-active spy: a dashing, tough, charismatic man’s man (yes, even Roger Moore) who knew how to both charm and manipulate women. And this, apart from some cosmetic updating, is still essentially the Bond we have today. Read more: Time's up Mister Bond: why new ideas of identity mean the next 007 should be black, bisexual – or even a woman The clearest example of Bond attempting to deceive the zeitgeist comes from GoldenEye. It was 1995, and Bond was back after a six-year gap, with Pierce Brosnan in the lead. Much was made of the film series keeping up with current attitudes: there was now not only a female “M” (played by Judi Dench), but she got to call Bond a “sexist, misogynist dinosaur,” to much publicity (and in the trailer too). But this was merely lip-service: Bond was proven to be misunderstood (it seemed “M” mistakenly thought him a playboy dilettante), and the film simply carried on with its normal value system, including having a character called Xenia Onatopp who killed men during sex with her thighs. This was not just a missed opportunity, it completely missed the point. Read more: James Bond needs a new attitude, not a new actor The old 20th century Bond films have become like the original books – dated cultural products that need context. However, the new Craig-era films are far more problematic. Full disclosure: I hate this Bond. Notwithstanding that this iteration has been rewritten not just as proto-Bond (Casino Royale), but also dumb-Bond (Skyfall) and eventually just inept-Bond (Spectre), the series started as a reactionary scramble to copy the success of the Bourne franchise. This Bond might have had a vulnerable side, but he has been moulded not as a man-of-his-time, but a man-out-of-time. 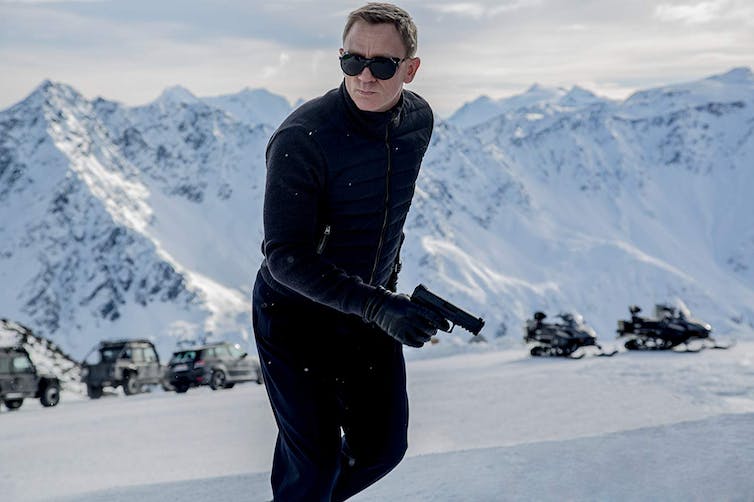 Daniel Craig as Bond went from ‘proto-Bond’ in Casino Royale to ‘inept-Bond’ in Spectre. Metro-Goldwyn-Mayer Pictures/Columbia Pictures/EON Productions/IMDB The problem is that he is still paraded as a figure to be idolised, a heroic role model for the new generation. This extends to one of the most questionable scenes of any Bond era: his sexually exploiting a sex slave who has come to him for help in Skyfall. Don’t get me wrong, sex scenes are completely welcome, a core genre convention, but the moment is barely consensual yet depicted simply as impressive sexual conquest. No-one wants a Bond rewritten as an asexual pacifist, but neither should he be defined by misogyny. The brilliant Phoebe Waller-Bridge, only the second woman since 1962 to be brought in to work on a Bond script, believes rightly that it is important the films evolve and treat women better, even if Bond doesn’t. I hold a slightly different view - if Bond always exists in the always-present “now”, and his attitudes are simply indicative of the time, then there is no need to cling to outdated worldviews. This is why the prospect of a potential radical new era is so thrilling. If Lynch becomes 007, it will be a brilliant, yet still somewhat conservative move, as the makers are very late to the now market-tested “woke” table, but we may finally get a truly authentic contemporary Bond. One that still has plenty of gratuitous sex and violence, whether or not those engaging in it are black, female or 007.