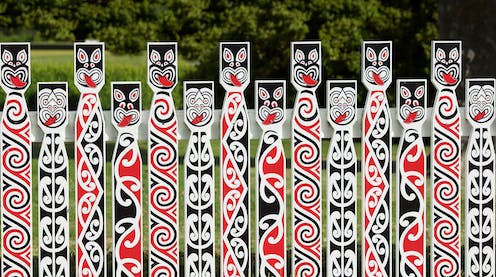 Indigenous public policy fails consistently. The research evidence is compelling. Across post-settler colonial societies like New Zealand, Australia and Canada, schooling is not as effective for Indigenous citizens, employment and housing outcomes are not as good, and health outcomes are worse.

In Canada, the government says the solution lies in stronger nation-to-nation relationships between the state and First Nations. In Australia, the federal government proposes stronger consultation to “close the gaps in Indigenous disadvantage”.

In New Zealand, the Treaty of Waitangi is broadly accepted as an agreement offering solutions to policy failure. It protects the Māori right to self-determination and obliges the state to ensure that public policy is as effective for Māori as it is for everybody else.

Last week, the Waitangi Tribunal affirmed both these general principles in respect to health policy, but in its comprehensive report on the primary health care system, it found that despite clear intentions, the state fails to deliver good outcomes for Māori.

In effect, the tribunal found the state fails because it does not stand aside to allow Māori self-determination to prevail. Self-determination is a right that belongs to everybody. Under the United Nations’ Declaration on the Rights of Indigenous Peoples, which New Zealand accepts as an “aspirational” document, self-determination means that:

Indigenous peoples have the right to determine and develop priorities and strategies for exercising their right to development. In particular, Indigenous peoples have the right to be actively involved in developing and determining health, housing and other economic and social programmes affecting them and, as far as possible, to administer such programmes through their own institutions (Article 23).

Under the Treaty of Waitangi the right to self-determination may be expressed in at least two ways. Firstly, the treaty affirms Māori rangatiratanga, or chiefly authority over their own affairs. Secondly, it gives Māori the “rights and privileges of British subjects”.

The latter was a relatively meaningless status in 1840, when the treaty was signed by representatives of the Crown and Māori tribes. But in 2019, citizenship has replaced subjecthood as a substantive body of political rights and capacities for many New Zealanders, though not always for Māori.

The tribunal’s Health Services and Outcomes Inquiry report is explicit. Poor Māori health persists because health policy doesn’t honour the treaty. Solutions, it says, lie in the treaty partnership between Māori and the Crown.

The idea of a treaty partnership is well established in New Zealand policy. But the tribunal report reinforces the idea that it is an unequal partnership, with the Crown acting as a senior party and crowding out space for Māori policy leadership. On the other hand, it makes at least two potentially transformative recommendations.

The first is that the Crown and Māori claimants in health care agree on a methodology for assessing underfunding of Māori health providers. The tribunal found that underfunding is in breach of the treaty and one of the variables that explains poor Māori health outcomes.

Secondly, the tribunal recommended the Crown and claimants “explore the possibility of a standalone Māori health authority”. This authority could become the principal funder of primary health services for Māori citizens. Māori health providers would make bids for contestable funding to the authority which, unlike District Health Boards, would have a predominantly Māori membership.

The authority would assess self-defined Māori health needs against established Māori cultural values. It could also have the capacity to commission research and contribute to national policy debate.

This parallels a recommendation made to Kevin Rudd’s government in Australia in 2009 by a National Health and Hospitals Reform Commission.

The proposal’s rejection was never fully explained. But it remains instructive to New Zealand as a way of making Māori policy work through self-determination.

Independent Māori decisions about which health programmes to fund, and from which providers, potentially brings Māori people and values to the centre of the policy process. It means that Māori people are not the subjects of state policy. They become its agents, exercising meaningful citizenship and the right to take responsibility for their own affairs. The concept of Māori as junior partners to the Crown is replaced by decision making authority.

An independent funding agency could also strengthen democratic accountability to Māori people who would not need to wait for an invitation to join the policy process, but would be at its centre. Liberal democracies exclude Indigenous people and perspectives as a way of protecting majority interests. But as the tribunal found, exclusion can explain why policy fails.

Meanwhile, Indigenous Australians have proposed a constitutionally enshrined “voice” to parliament, a truth telling commission and treaties between Indigenous nations and the state to acknowledge enduring Indigenous sovereignty. Victoria and the Northern Territory have started the process of treaty negotiation, but last year, a new government in South Australia “paused” the negotiations begun by its predecessor. It didn’t think that treaties could contribute to better lives for Indigenous people.

In Zealand, the treaty is not a panacea for better lives for Māori. But in 2019, it remains as the Māori government minister, Sir Apirana Ngata, put it in 1922.

[It] is widely discussed on all marae. It is on the lips of the humble and the great, of the ignorant and of the thoughtful.

Ultimately, the treaty’s transformative capacity depends on how it is interpreted, especially whether self-determination is allowed to trump partnership.