Most people have experienced being blocked up from time to time, whether it’s while travelling, after taking painkillers, or when you’ve let your diet go.

But some people will experience constipation more often, and for longer periods. Chronic constipation is generally defined as a problem that has persisted for six months or more. It can mean you have hard or lumpy stools that you’re straining to pass, or are passing fewer than three stools per week – or both.

Constipation is sometimes related to the rate at which food moves through the colon in order to be expelled as poo. This process is known as colonic transit.

Read more: Your poo is (mostly) alive. Here's what's in it

Some people have normal colonic transit, but become constipated because of other factors, such as harder stools. This is called functional constipation.

What is the ideal poo form?

Poo should ideally be in a sausage form with cracks, or a smooth sausage form. Using the Bristol stool chart, this is type three or four. 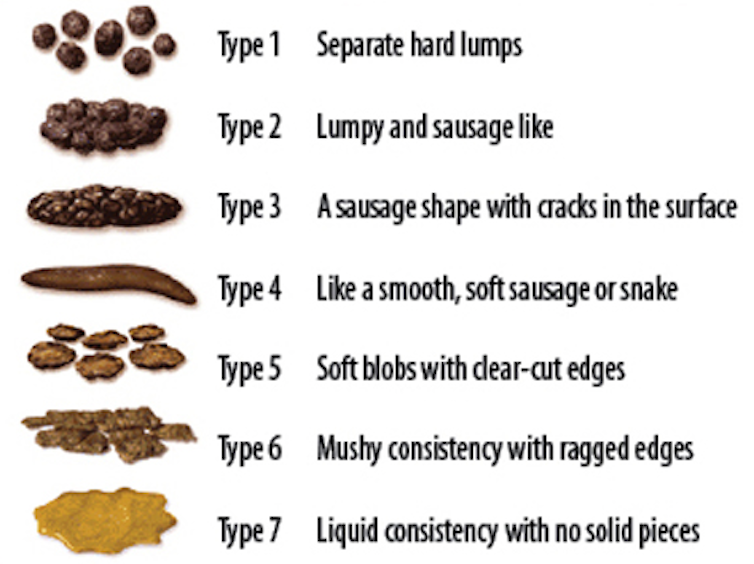 But if this doesn’t describe your usual poo, don’t worry: a good proportion of people don’t pass these stool types regularly and are perfectly healthy.

In terms of how easy it should be to pass, the goal is to prevent undue straining. Passing stools in the squatting position or with an elevated foot rest may make it easier.

Read more: What's the best way to go to the toilet – squatting or sitting?

At the extreme end of the spectrum, some people with rectal evacuation disorders find it so difficult to empty their bowels, they often need to resort to digital manual evacuation. This involves using a gloved, lubricated finger to remove the stool.

So what are the key factors that affect the consistency of our stools?

Our stools are made up of around 75% water. Once the water content falls below 75%, any slight decrease in water content can lead to quite a large increase in the thickness of that stool. And the thicker the stool, the more difficult it will be to pass.

An experiment in pigs found a decrease in the water content of stools by just 20% resulted in a 240-fold increased thickness of that stool.

The amount of water in our stool, however, is regulated by the gut. An average person consumes around one to two litres of fluid a day. But this represents a small fraction of the daily volume of fluid handled by the gut. Most fluid is reabsorbed by the small intestine and colon, resulting in an average stool fluid volume of around 100mls. 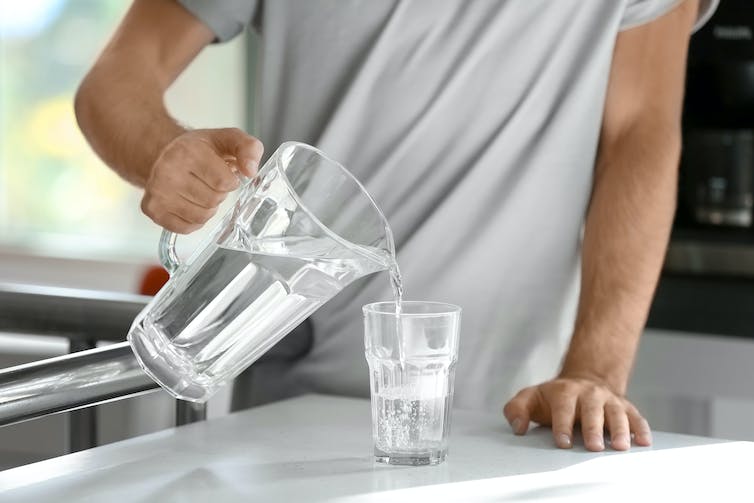 Be mindful of how frequently we can become mildly dehydrated. When travelling, for example, you might drink more coffee and alcohol than usual, which can lead to dehydration and constipation.

Fibre can hold onto water and is therefore able to soften stools that are too hard.

A high-fibre diet leads to a quicker colon transit time – the time it takes to digest food and poo out the waste – while a poor-fibre diet is associated with constipation.

A high-fibre diet is helpful for patients with normal colonic transit. But people with slow transit constipation generally find their symptoms aren’t improved with dietary fibre.

Read more: What the consistency of your poo says about your health

But for most of us, there’s certainly room to improve our daily fibre intake. A recent Australian population survey found more than one in two children and more than seven in 10 adults didn’t consume enough fibre.

People who don’t get enough physical activity are more likely to have problems with constipation.

On the flipside, one review found that exercise, and particularly aerobic exercise, was helpful for constipation. Although the authors acknowledge more research needs to be done in this area. 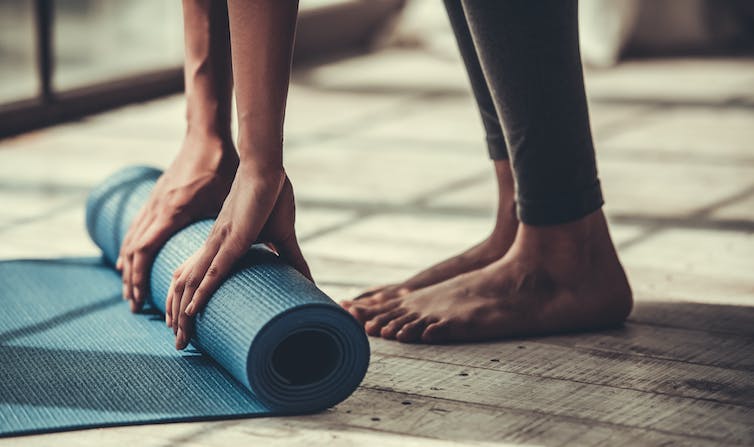 But interestingly, a study evaluating Youtube exercise videos marketed as improving bowel problems found they were not all that good at improving constipation.

Constipation is far more common in older people, often due to low-fibre diets, dehydration, lack of adequate physical activity, major medical conditions and the use of medications.

Constipation occurs more often in women than in men. Women often report constipation just before and during their periods, which may be due to the effects of the hormone progesterone.

Young women in particular are more likely to experience slow transit constipation, where there’s a delay in digested food passing through the body and being expelled. Symptoms often present around puberty but can develop at any age. People with this condition often have very infrequent bowel motions and rarely feel the urge to poo, even if weeks have gone by without a bowel motion.

Read more: Health Check: what to eat and avoid during pregnancy

And constipation is a common problem during pregnancy. A British study of more than 1,500 women found 39% of pregnant women reported constipation at 14 weeks.

This is due, in part, to a surge in progesterone, which slows the body’s ability to digest food and expel the waste. During pregnancy, water absorption from the gut increases, which can make stools drier. In late pregnancy, an enlarging uterus can also slow the forward movement of poo.