Now I’m by no means a “grunt” expert, but when it comes to performance, electric cars are far from lacking. In fact, Australian electric car owners have ranked performance as the top reason for their purchase choice.

The V8, fuel-guzzling, rev-heads, who are supposedly worried that electric cars mean they will be left driving around golf buggies, should first check out this drag race between a Tesla and a Holden V8 Supercar.

SPOILER ALERT: The Tesla wins, and by a fair amount.

This is a rather simplified overview, but there are literally hundreds of moving parts in a combustion engine. The engine must be “revved-up” to a high number of revolutions in order to reach peak efficiency. The gearbox attempts to keep the engine running close to this peak efficiency across a wide range of speeds.

All of this complexity leads to a significant amount of energy being lost, mostly through friction (heat). This is why combustion engine cars are very energy inefficient.

Read more: Why battery-powered vehicles stack up better than hydrogen

So how are electric motors different? Electric motors are actually pretty simple, consisting of a central rotor, typically connected to a single gear. The rotor is turned by a surrounding magnetic field, which is generated using electricity. The added benefit of this design is that it can operate in reverse, acting as a generator to charge the batteries while slowing down the vehicle (this is called regenerative braking).

On the other hand, the electric motor reacts instantly as soon as the accelerator is pushed. Given the minimal moving parts, electric motors are also highly reliable and require little to no maintenance. Their simplicity also means that almost no energy is lost in friction between moving parts, making them far more efficient than internal combustion engines.

Does simplicity translate to more or less grunt?

As shown below, the power and torque characteristics of a combustion engine means that although a conventional car might have a top capacity of 120 kW of power and 250 Newton metres of torque, this is only when the engine is running at high speeds. 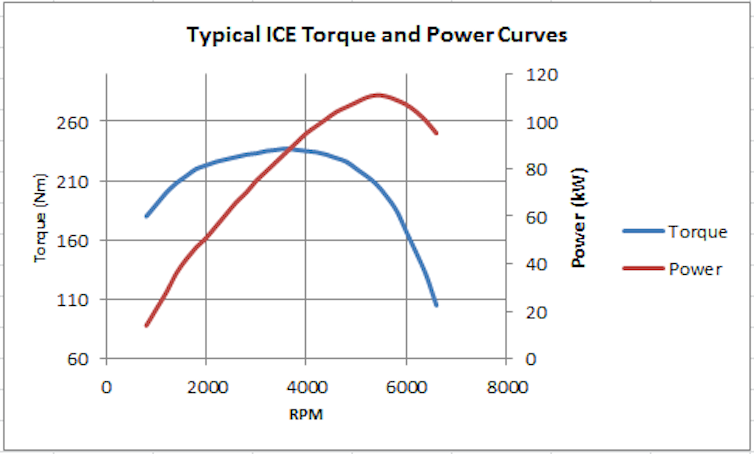 In contrast, an electric motor provides full torque from zero kilometres an hour, with a linear relationship between how fast the motor is spinning and the power required. These characteristics translate to a vehicle that is extremely fast at accelerating, with the ability to push you back into your seat. 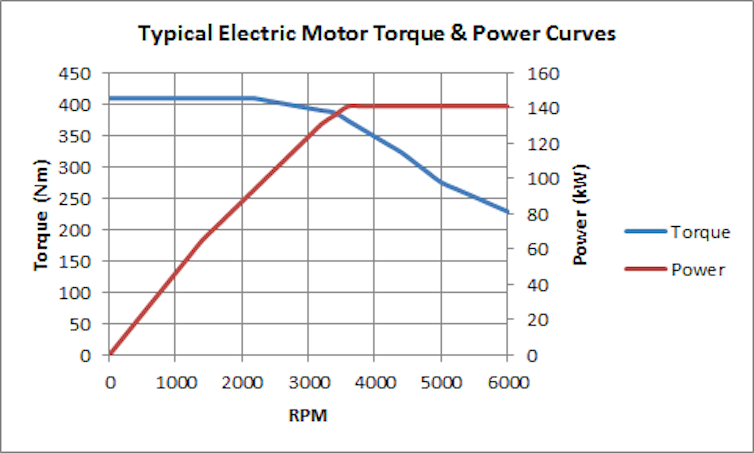 What about pulling power?

For over a decade electric motors have been used in mining trucks, sometimes with a capacity greater than 100 tonnes, due to their powerful, instant torque and ability to pull large loads at slow speeds.

While most of these vehicles have been diesel-hybrids, fully electric mining trucks are now being introduced due to their high power-to-weight ratio, low operating costs, and ability to use regenerative braking to - in some cases - fully recharge their batteries on each mine descent. 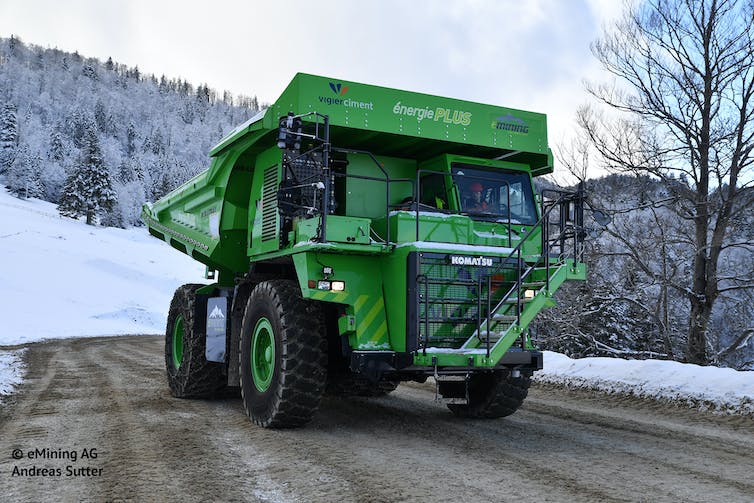 Electric motors are also increasingly being used in shipping, again because of their ability to push large loads. In Europe, a number of short-haul electric ships are currently in use. One example is the Tycho Brahe, a 238 metre-long, 8,414 tonne electric passenger and vehicle ferry that operates between Helsingborg, Sweden and Helsingør, Denmark.

Tycho Brahe - an electric vehicle and passenger ferry with 4,000 kWh of batteries. Forsea

The future of grunt

The global transition to electric vehicles is underway. Australians must decide whether we want to capture the enormous benefits this technology can bring, or remain a global laggard, literally being killed by our current vehicle emissions. 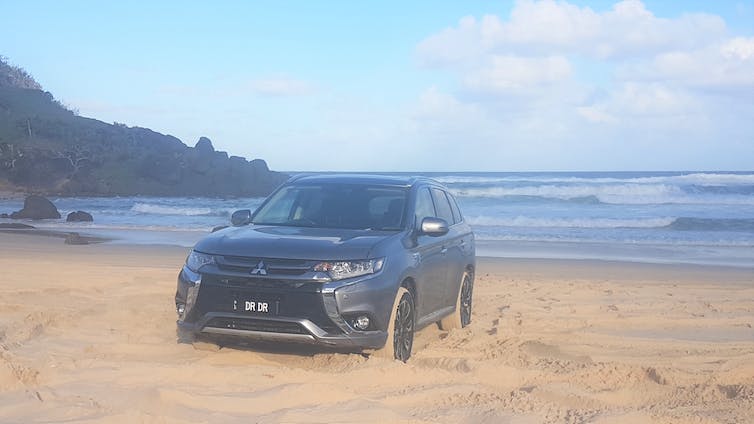 While long-distance towing in fully electric vehicles is currently a challenge, in the near future this will no longer be the case with the introduction of long-range electric utes like the Rivian R1T and Tesla Pickup.

In the interim, alternatives also exist, like my own plug-in hybrid electric vehicle. It can tow, drive on the beach, and drive up to 50 kilometres on electricity alone. Charged using my home solar system or The University of Queensland’s fast-charger, it means that more than 90% of my trips are zero-emission.

It is clear that electric cars can provide plenty of grunt for Australians, so let’s make sure we are ready for an electric performance future.