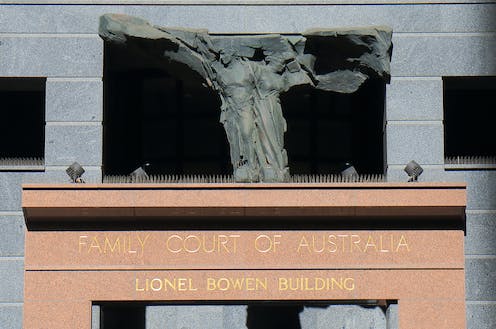 After years of uncertainty about the future of the family law system, the next government now has a clear roadmap for how to amend the law, and improve the system of justice, for all those unfortunate enough to go through a relationship breakdown.

The Australian Law Reform Commission’s (ALRC) report, published on April 10, is the result of 18 months of work, initially under the leadership of Professor Helen Rhoades. The President of the ALRC, the Honourable Justice Sarah Derrington, led the project in its later stages.

The final report makes recommendations that are considerably different from the proposals put forward in its discussion paper in October 2018. That paper presented an ambitious reform agenda focused upon the provision, at taxpayer expense, of many new services, such as “one-stop-shop” centres to help people access relevant programs.

Read more: In the Family Court, children say they want the process explained and their views heard. It's time we listened

While many of these were worthy ideas, a taxpayer dollar can only be spent once, and the discussion paper did not adequately set out a rationale for the new spending initiatives, or prioritise between them. The final report nonetheless builds upon some of the sensible proposals for reform to the law the paper put forward, such as the simplification of the law concerning parenting after separation.

It also makes a radical new suggestion that the federal family courts be abolished. Instead, it recommends cases be heard by state and territory courts that can make orders under state child protection and family violence laws, as well as under the Family Law Act 1975.

The best way to evaluate the ALRC’s recommendations is to ask how well they work to reduce the cost and anguish for people going through a family breakup. One of the ALRC’s guiding principles was that the law be:

…clear, coherent, and enforceable so as to enable families to resolve the issues arising after separation […] in a just, timely, and cost-effective manner…

Overall, it offers a coherent package of reforms. Proposals for simplification of the law are part of this.

Read more: Sperm donation is testing what it means to be a legal parent, all the way to the High Court

The law on parenting after separation has long been criticised as overly complex. The ALRC recommends reducing the number of matters that a judge must consider when deciding what is in the best interests of a child whose parents cannot agree about post-separation parenting.

The ALRC’s recommendations are likely to be criticised for abandoning the reforms introduced in 2006 that sought to encourage parents and judges to consider the option of shared care – or even an equal time arrangement.

The government would be wise to deal with these recommendations sensitively and in a manner that does not reignite the “gender wars”. The fact is that only a small proportion of parents are able to make a shared care arrangement work for the benefit of the children. They have to live close enough together, for a start.

Read more: Separated parents and the family law system: what does the evidence say?

The important principle, currently contained in the Family Law Act, is that the law should encourage the maximum involvement of both parents in children’s lives which is consistent with the children’s best interests. That principle needs to be retained in the Act. Sometimes, due to abuse, neglect, mental illness or other factors, it is not safe for children to have much involvement from one of the parents; but this is a minority of cases.

Children, vulnerable to long-term harm from their parents’ breakup, do best if they can keep a close relationship with both of their parents.

Another important reform is to set out some basic rules and principles concerning the division of property after separation. Currently, so much depends on the discretion of the judge; and the principles on which that discretion is exercised are very unclear. This is especially the case when it comes to inheritances, and property owned before the marriage began.

The ALRC makes various proposals to simplify the law. It avoids some of the harder issues, such as pre-marital assets, but a reforming government could and should tackle them. These issues are dealt with very sensibly in other countries, which can provide models for Australia.

The Commission makes other reform proposals that may sound technical, such as how orders for costs should be made, or when arbitration could be used. Together, these proposals could do a lot to reduce the cost of access to justice, and to deter bad behaviour by some litigants and a minority of family lawyers.

The ALRC’s report offers a clear and coherent way forward for the government. It is worthy of the most careful consideration by all politicians concerned about improving the system.