We are all familiar with the concept of “fake news”: stories that are factually incorrect, but succeed because their message fits well with the recipient’s prior beliefs.

We and our colleagues in conservation science warn that a form of this misinformation – so-called “feelgood conservation” – is threatening approaches for wild animal management that have been developed by decades of research.

The issue came to a head in February when major UK-based retailer Selfridges announced it would no longer sell “exotic” skins – those of reptile species such as crocodiles, lizards and snakes – in order to protect wild populations from over-exploitation.

But this decision is not supported by evidence.

Banning the use of animal skins in the fashion industry sounds straightforward and may seem commendable – wild reptiles will be left in peace, instead of being killed for the luxury leather trade.

But decades of research show that by walking away from the commercial trade in reptile skins, Selfridges may well achieve the opposite to what it intends. Curtailing commercial trade will be a disaster for some wild populations of reptiles.

How can that be true? Surely commercial harvesting is a threat to the tropical reptiles that are collected and killed for their skins?

Actually, no. You have to look past the fate of the individual animal and consider the future of the species. Commercial harvesting gives local people – often very poor people – a direct financial incentive to conserve reptile populations and the habitats upon which they depend.

If lizards, snakes and (especially) crocodiles aren’t worth money to you, why would you want to keep them around, or to protect the forests and swamps that house them? 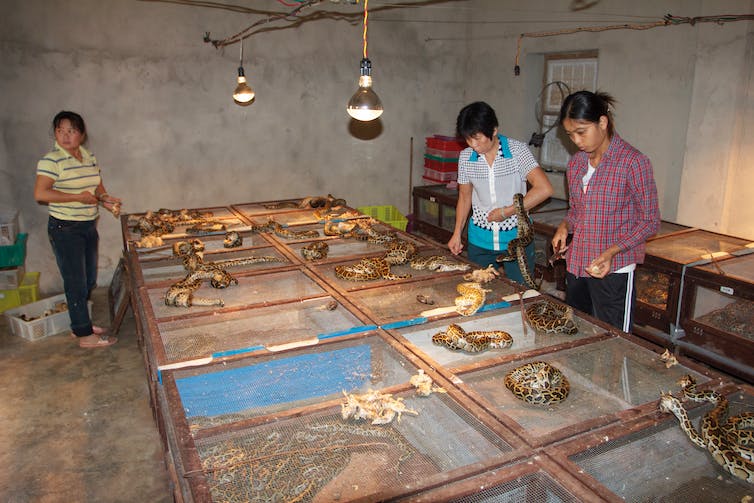 Biggest man-eaters in the billabong

The iconic case study that supports this principle involves saltwater crocodiles in tropical Australia – the biggest, meanest man-eaters in the billabong.

Overharvested to the point of near-extinction, the giant reptiles were finally protected in the Northern Territory in 1971. The populations started to recover, but by 1979-80, when attacks on people started to occur again, the public and politicians wanted the crocodiles culled again. It’s difficult to blame them for that. Who wants a hungry croc in the pond where your children would like to swim? 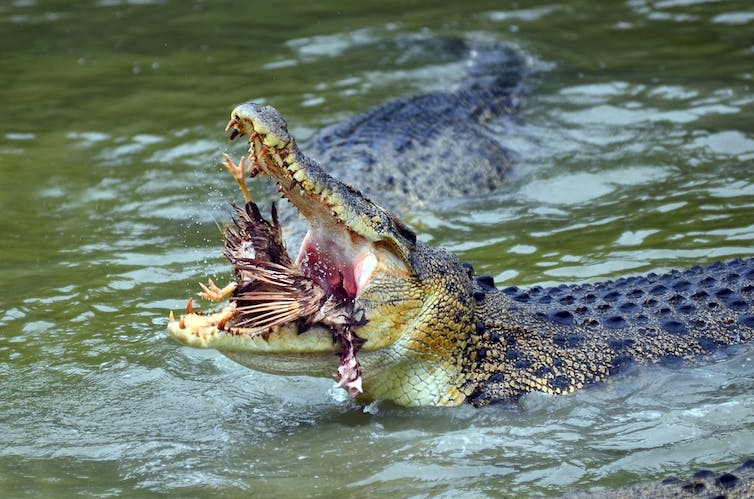 Saltwater crocs are the reason many beaches are not open for swimming in northern Australia. Shutterstock

But fast-forward to now and that situation has changed completely. Saltwater crocs are back to their original abundance. Their populations bounced back. These massive reptiles are now in every river and creek – even around the city of Darwin, capital of the Northern Territory.

This spectacular conservation success story was achieved not by protecting crocs, but by making crocs a financial asset to local people.

Eggs are collected from the wild every year, landowners get paid for them, and the resulting hatchlings go to crocodile farms where they are raised, then killed to provide luxury leather items, meat and other products. Landowners have a financial interest in conserving crocodiles and their habitats because they profit from it. 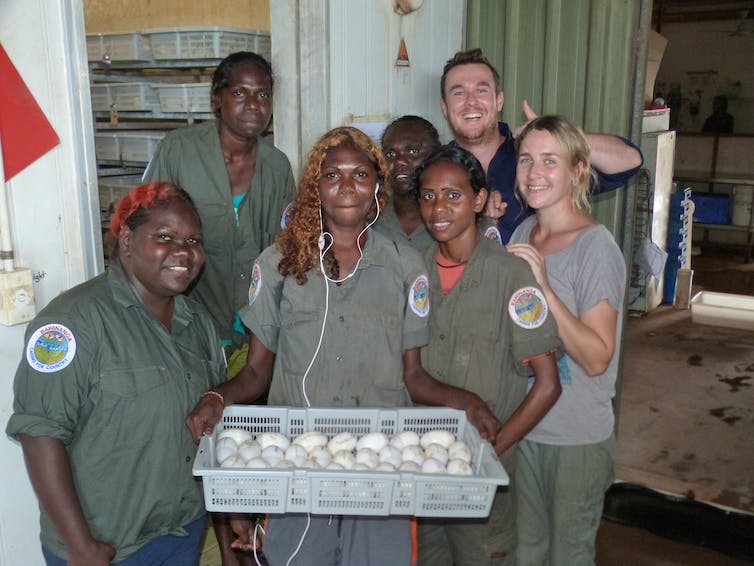 The key to the success was buy-in by the community. There are undeniable negatives in having large crocodiles as neighbours – but if those crocs can contribute to the family budget, you may want to keep them around. In Australia, it has worked.

The trade in giant pythons in Indonesia, Australia’s northern neighbour, has been examined in the same way, and the conclusion is the same. The harvest is sustainable because it provides cash to local people, in a society where cash is difficult to come by.

Read more: Elephants and economics: how to ensure we value wildlife properly 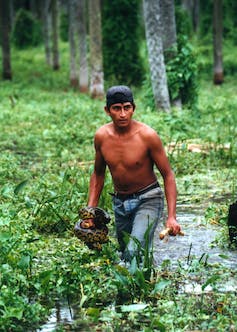 So the evidence says commercial exploitation can conserve populations, not annihilate them.

Why then do companies make decisions that could imperil wild animals? Probably because they don’t know any better.

Media campaigns by animal-rights activists aim to convince kind-hearted urbanites that the best way to conserve animals is to stop people from harming them. This might work for some animals, but it fails miserably for wild reptiles.

We argue that if we want to keep wild populations of giant snakes and crocodiles around for our grandchildren to see (hopefully, at a safe distance), we need to abandon simplistic “feelgood conservation” and look towards evidence-based scientific management.

We need to move beyond “let’s not harm that beautiful animal” and get serious about looking at the hard evidence. And when it comes to giant reptiles, the answer is clear.

The ban announced by Selfridges is a disastrous move that could imperil some of the world’s most spectacular wild animals and alienate the people living with them.