Tonight, New Zealand police continue to respond to events following shootings at two mosques in central Christchurch. The national security threat level has been lifted to high. Mosques across New Zealand have been closed and police are asking people to refrain from visiting.

So far, 49 people have been killed. According to media reports, 41 people were fatally shot at the Masjid Al Noor mosque on Deans Avenue; others died at a second mosque nearby.

Four people, three men and a woman, have been taken into custody in connection with the shootings. One man in his late 20s has been charged with murder.

In the hours after the attacks, New Zealand’s Prime Minister, Jacinda Ardern made it clear this was a terrorist attack of “extraordinary and unprecedented violence” that had no place in New Zealand.

She said extremist views were not welcome and contrary to New Zealand values, and did not reflect New Zealand as a nation.

It is one of New Zealand’s darkest days. Many of the people affected by this act of extreme violence will be from our refugee and migrant communities. New Zealand is their home. They are us.

She is right. Public opinion surveys such as the Asia New Zealand Foundation annual surveys of attitudes tend to show that a majority of New Zealanders are in favour of diversity and see immigration, in this case from Asia, as providing various benefits for the country.

But extremist politics, including the extreme nationalist and white supremacist politics that appear to be at the core of this attack on Muslims, have been part of our community for a long time. 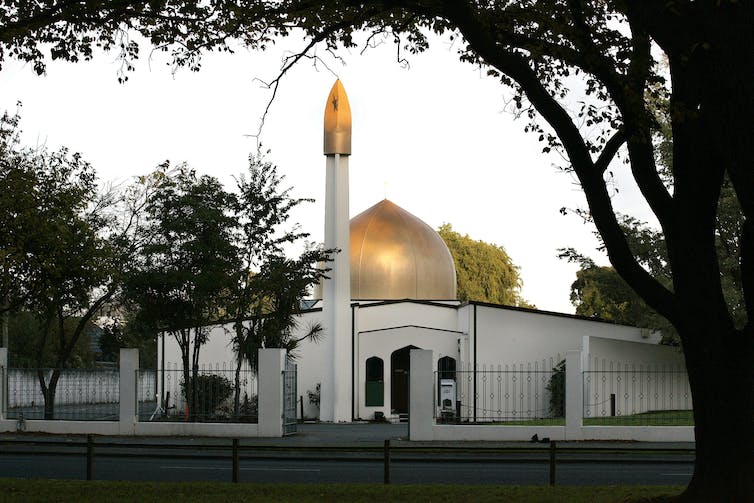 I completed research in the UK on the National Front and British National Party in the late 1970s. When I returned to New Zealand, I was told explicitly, including by authorities that were charged with monitoring extremism, that we did not have similar groups here. But it did not take me long to discover quite the opposite.

Through the 1980s, I looked at more than 70 local groups that met the definition of being extreme right wing. The city that hosted many of these groups was Christchurch.

They were a mixture of skinhead, neo-nazi and extreme nationalist groups. Some were traditional in their ideology, with a strong underpinning of anti-Semitism and a belief in the supremacy of the “British race”. Others inverted the arguments of Māori nationalism to argue for separatism to keep the “white race pure”.

And yes, there was violence. The 1989 shooting of an innocent bystander, Wayne Motz, in Christchurch by a skinhead who then walked to a local police kiosk and shot himself. The pictures of the internment showed his friends giving nazi salutes. In separate incidents, a Korean backpacker and a gay man were killed for ideological reasons.

Things have changed. The 1990s provided the internet and then social media. And events such as the September 11 terror attacks shifted the focus – anti-Semitism was now supplemented by Islamophobia.

The earthquakes and subsequent rebuild have significantly transformed the ethnic demography of Christchurch and made it much more multicultural – and more positive about that diversity. It is ironic that the this terrorism should take place in this city, despite its history of earlier far right extremism.

We tend not to think too much about the presence of racist and white supremacist groups, until there is some public incident like the desecration of Jewish graves or a march of black-shirted men (they are mostly men) asserting their “right to be white”. Perhaps, we are comfortable in thinking, as the prime minister has said, they are not part of our nation.

Last year, as part of a project to look at hate speech, I looked at what some New Zealanders were saying online. It did not take long to discover the presence of hateful and anti-Muslim comments. It would be wrong to characterise these views and comments as widespread, but New Zealand was certainly not exempt from Islamophobia.

Every so often, it surfaced, such as in the attack on a Muslim woman in a Huntly carpark. 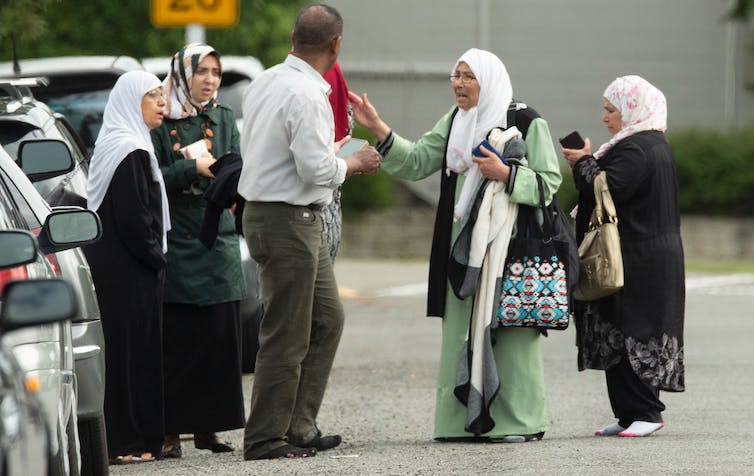 An end to collective innocence

It became even more obvious during 2018. The Canadian YouTuber, Stefan Molyneux, sparked a public debate (along with Lauren Southern) about his right to free speech. Much of the public comment seemed to either overlook or condone his extreme views on what he regards as the threat posed by Islam.

And then there was the public protest in favour of free speech that occurred at the same time, and the signs warning us about the arrival of Sharia law or “Free Tommy” signs. The latter refers to Tommy Robinson, a long-time activist (cf English Defence League leader) who was sentenced to prison - and then released on appeal - for contempt of court, essentially by targeting Muslims before the courts.

There is plenty of evidence of local Islamophobic views, especially online. There are, and have been for a long time, individuals and groups who hold white supremacist views. They tend to threaten violence; seldom have they acted on those views. There is also a naivety amongst New Zealanders, including the media, about the need to be tolerant towards the intolerant.

There is not necessarily a direct causation between the presence of Islamophobia and what has happened in Christchurch. But this attack must end our collective innocence.

No matter the size of these extremist communities, they always represent a threat to our collective well-being. Social cohesion and mutual respect need to be asserted and continually worked on.