Today, at least 50 rallies planned across Australia are expected to draw thousands of students who are walking out of school to protest climate change inaction.

These Australian students join children from over 82 countries who are striking to highlight systemic failure to address climate change.

Read more: Climate change: young people striking from school see it for the life-threatening issue it is

But the strikes represent more than frustration and resistance. They are evidence of an even bigger process of transformation. My research investigates how young people’s sense of self, identity, and existence is being fundamentally altered by climate change. 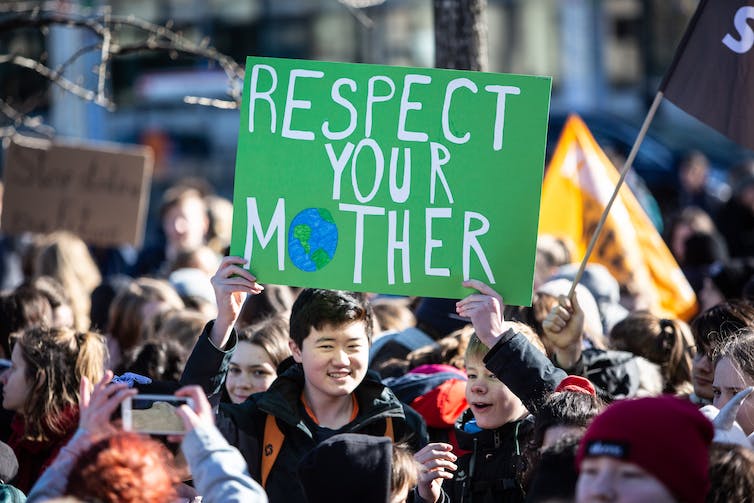 Young people all over the world have taken to the streets to call on world leaders to lower greenhouse emissions. Omer Messinger/AAP

Canaries in the coalmine

Striking children are experiencing “existential whiplash”, caught between two forces. One is a dominant culture driven by fossil fuel consumption that emphasises individual success, encapsulated by Resources Minister Matt Canavan’s remarks that striking students will never get a “real job”:

The best thing you’ll learn about going to a protest is how to join the dole queue. Because that’s what your future life will look like […] not actually taking charge for your life and getting a real job.

On the other hand is the mounting evidence that climate change will make parts of the planet inhospitable to human (and other) life, and fundamentally change our way of life in the future.

Children are up to date with the facts: The Earth is currently experiencing its 6th mass extinction; Australia has just had its hottest summer on record; and experts warn we have just 11 years left to ensure we avoid the misery of exceeding 1.5 degrees of planetary warming.

Meanwhile many Australian adults have been living what sociologist Kari Norgaard terms a “double reality”: explicitly acknowledging that climate change is real, while continuing to live as though it is not. But as climatic changes intensify and interrupt our business-as-usual lifestyles, many more Australians are likely to experience the climate trauma that school strikers are grappling with.

Faced with these challenges, it can seem easier in the short term to turn away than to try to respond. But the short term is not an option for young people. 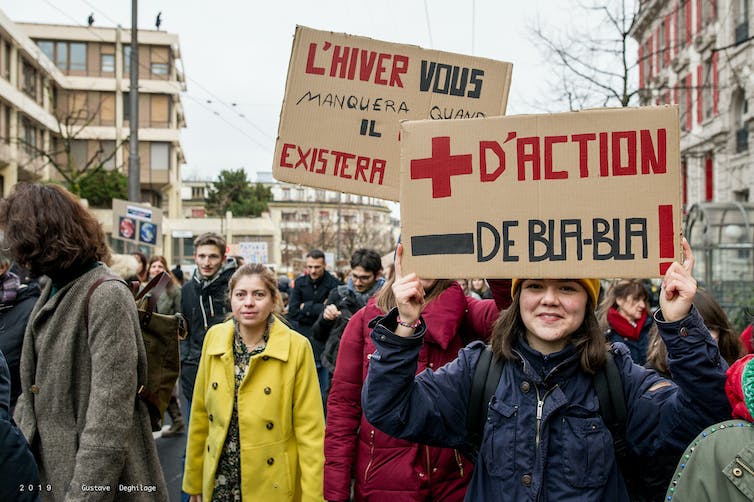 Striking students are calling out that simply standing by means being complicit in climate change. The school strikers, and those who support them, are deeply anguished about what a business-as-usual future might hold for them and others.

Striking students’ signs proclaim “no graduation on a dead planet” and “we won’t die of old age, we will die from climate change”. This is not hyperbole but a genuine engagement with what climate change means for their lives, as well as their deaths. 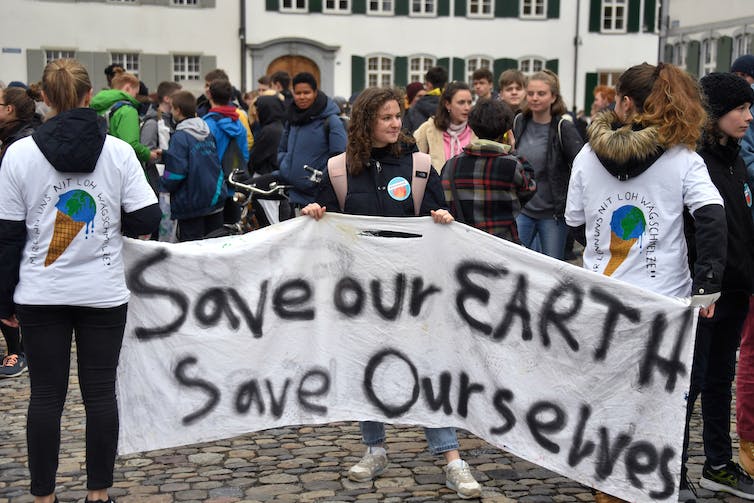 Young people are worried about their lives on a dying planet. GEORGIOS KEFALAS/AAP

Notably, they are openly discussing and promoting engagement with climate distress as a means of inspiring action. As Greta Thunberg — who started the school strikes for climate — said in January:

They know certain possibilities have already been stolen from them by the older generations. Rather than trying to hold onto dominant cultural narratives about their future, striking students are letting them go and crafting alternatives. They are enduring the pain of the climate crisis, while labouring to generate desirable and possible, though always uncertain, futures.

By connecting with other concerned young people across the world, this movement is creating a more collective and ecologically attuned identity. 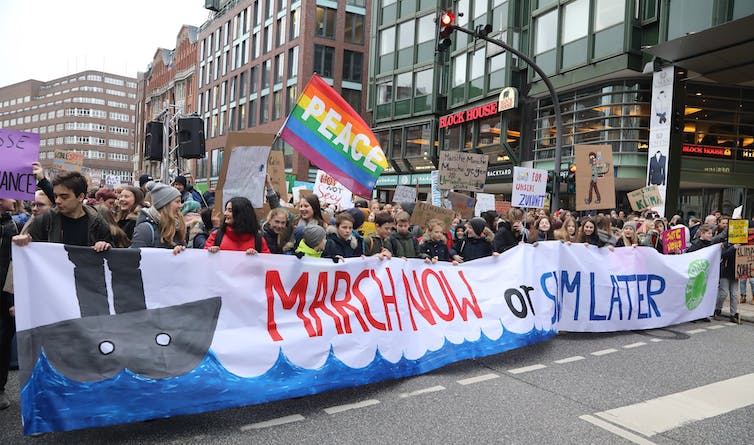 They are both more ambitious and humble than our dominant (non)responses to climate change. This is palpable in signs like “Mother Nature does not need us; We need Mother Nature” and “Seas are rising, so are we”.

What will eventually happen – in terms of both cultural and climatic change – is of course, unknowable. But it is promising that children are already forging new identities and cultures that may have a chance of survival on our finite blue planet.

Read more: Career guidance for kids is our best hope for climate change

As adults, we would do well to recognise the necessity of facing up to the most grotesque elements of climate change. Perhaps then we too may step up to the challenge of cultural transformation.