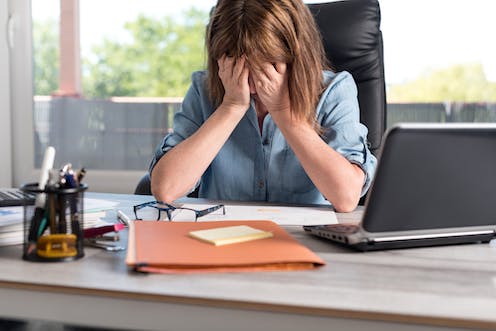 Principals (including principals, assistant principals and deputy principals) are nation builders. They play a vital role in shaping our society and significantly influence our children in ways academic and non-academic, well beyond graduation. They help mould...

Principals (including principals, assistant principals and deputy principals) are nation builders. They play a vital role in shaping our society and significantly influence our children in ways academic and non-academic, well beyond graduation. They help mould our future leaders, the success of the economy, and us as a nation.

But according to our latest report from the 2018 Australian Principal Occupational Health, Safety and Well-being Survey, many school leaders are at breaking point.

Principals’ health and well-being is diminishing from being overburdened with red tape, under-resourced, and mistreated. Fewer people are willing to step into the role. At a time when 70% of school leaders will reach retirement age in the next few years, we’re ignoring a looming national crisis.

These working conditions significantly affect not just principals, but also our students. For example, the extent of reported exhaustion of educators has been tied to students’ school grades. On the other hand, principals with greater autonomy and leadership support has lead to increases in school performance.

One in three school leaders are seriously distressed

In 2018, 2,365 participants completed the survey. There are around 10,000 principals in Australia. They have consistently reported average working hours too high for a healthy lifestyle. More than half work upwards of 56 hours each week.

It is worth noting that although principals may benefit from reporting inflated figures, the large number of new and returning principal participants each year, in addition to this survey being conducted yearly since 2011, supports the legitimacy of the consistent upward trend of concerning statistics.

One in three principals were flagged as so distressed their physical and mental health were seriously at risk. The two largest sources of stress have consistently been the quantity of work, and lack of time to focus on teaching and learning.

Read more: Why is being a school principal one of the most dangerous jobs in the country?

The steady increase of stress caused by handling the mental health issues of students and staff over the past eight years, in conjunction with increasing staff shortages, is a worrying trend.

More concerning is the level of offensive behaviour directed at principals. Almost one in two (45%) reported being threatened with violence in 2018, compared to 38% in 2011. 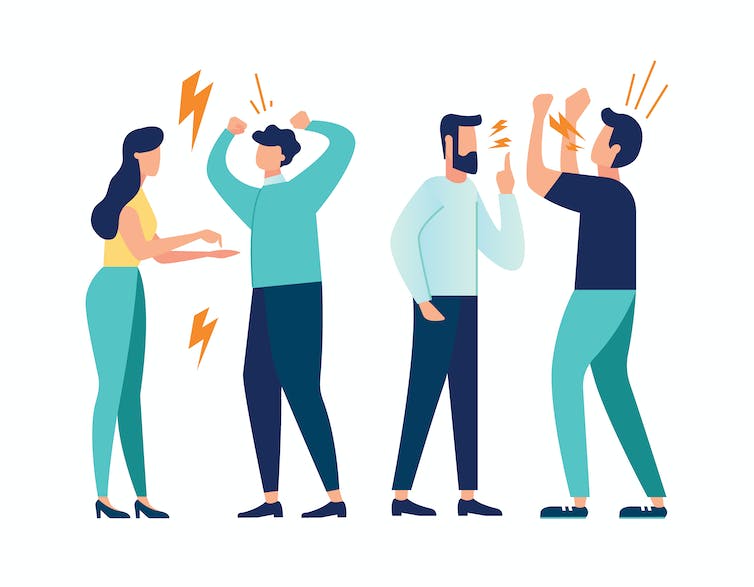 Principals are frequently threatened with violence. from www.shutterstock.com

One in three principals (37%) reported actual physical violence in 2018. That’s 9.3 times the national average, up from seven times higher in 2011.

These statistics are, of course, not confined to schools. All front-line services are reporting similar increases in offensive behaviour.

How we compare globally

Although the situation for principals in Australia is dire, this appears to be on par with school leaders in New Zealand and Ireland, the two countries where this project has expanded. The similarities between the national cultures and education structures implies systematic and nationwide issues. These need long-term strategies.

This is not the first time a country has faced a similar educational crisis. Approximately 40 years ago, Finland revolutionised their struggling system by depoliticising education (placing educators rather than politicians in charge of education policy) – something Australia should seriously address. Finnish academics have attributed Finland’s success in international rankings to collaboration, creativity, trust in teachers and principals, professionalism and equity.

How can we better support our school leaders?

No single group of people is responsible for this crisis, nor can any one group of people effectively fix the system. But the solution is conceptually simple: either the job demands must decrease, or the resources needed to match the demands must increase. So, either administrative demands that interfere with teaching and learning need to decrease, or school budgets, salaries and autonomy need to increase (not just increased responsibilities labelled as increased autonomy).

We need a unified approach to education. We currently have eight individual state and territory governments with eight different education policies lasting as long as the state government is in power. Principals and teachers are unable to create long-term plans or set long-term budgets, and are continuously required to retrain and familiarise themselves with ever-increasing rules and regulations.

Read more: Bullies, threats and violence: who would want to be a school principal?

We need to implement one federal body to oversee education, similar to Finland, perhaps with a governance structure similar to the reserve bank: accountable to government but independent from it. We can no longer afford our methods of educating our children to be used as a political brand differentiation.

Labor’s shadow education minister, Tanya Plibersek, recently announced the party would establish a National Principal’s Academy to give support and training to principals if elected in May. This provides a glimmer of hope for a national overseeing body. But this announcement too is tied to a political party, and only time will tell whether the academy will be established, whether it’s effective, and whether it survives the next election.

We need to create policies and schools that give principals what they need to use their considerable expertise to flourish, so they can help our teachers and students flourish too.