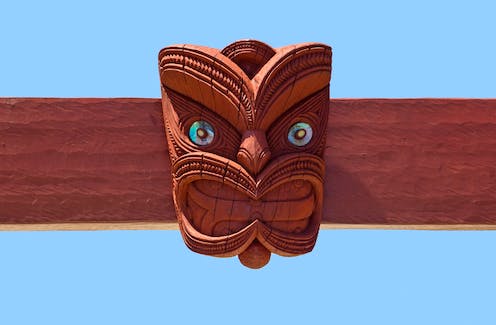 Globally, there has been a crisis of confidence in the promises of liberal democracy in recent years. In the United States, the president wants to build a border wall. The United Kingdom is agonising over Brexit. The leaders of the Philippines and Brazil proclaim a willingness to flout rule by law, and strike terror into “undesirables”. Authoritarian rule has not decreased in China, despite rising GDP.

Against these trends, New Zealand has experienced little backlash against immigration, even though it has one of the highest ratios of overseas-born residents in the world.

I argue that the Treaty of Waitangi, whose 1840 signing New Zealand marks today, has endowed New Zealanders with a convention for working through issues of equality and inequality, inclusion and exclusion; where some commitment to cultural diversity is threaded through the processes for constructing national identity.

The visibility of culture and ethnicity at the heart of this foundational document of New Zealand sovereignty provides its people with a degree of inoculation against the worst of race-based nationalism.

The 1840 signing of Te Tiriti o Waitangi between Māori chieftains and the British crown is today regarded as the single most important event in New Zealand’s history. It ceded rights of governorship (but not sovereignty) to the Crown, guaranteed continuity of property rights for Māori (and exclusive rights to purchase these from Māori by the Crown), as well as rights to British citizenship for Māori.

It provided a framework for colonial settlement. But this deteriorated into warfare as the legality of land sales was questioned amid debate about who was actually sovereign. At its peak in the 1860s, the New Zealand wars required 10,000 British regulars to subdue skilled and innovative Māori warriors (who established the world’s first artillery bunkers to resist cannon fire). But by 1877, a judge had declared the treaty a “simple nullity”, in line with accelerating settler demands for farmland and reduced Māori capacity for resistance.

Even as land was alienated from Māori at an accelerating rate in the late 1800s, New Zealand governors’ talk about the two groups remained civil. There has not been an expression of biological superiority or inferiority regarding Māori in any speech from the throne (signalling an incoming government’s legislative intent) in New Zealand history.

Cooperative relationships between white and Māori elites were common (also, designated seats for Māori have been established in parliament since 1867). Thus, Māori and Pākehā (New Zealander Europeans) have had a lot of practice in managing their differences through negotiation as well as conflict.

Despite symbolic inclusion and some good intercultural practices, disease and land alienation took its toll. By 1890, Māori were considered a “dying race”. To counter this, key Māori leaders had little choice but to encourage assimilation.

In the mid-20th century, Māori began a semi-forced migration to the cities, where traditional cultural practices had to change. The 1970s were the critical decade in which contemporary bicultural New Zealand identity politics began taking shape, a hundred years after the issue of who would control material resources and sovereignty was decided. Capitalising on anti-establishment feelings triggered by the Vietnam War, Māori across the spectrum mobilised Pākehā allies and engaged in protest movements that revitalised Māori identity and gave rise to 1975 treaty legislation that allowed fiscal settlements for colonial-era injustices through a tribunal.

Treaty-based legislation has evolved continually since then. Today most public institutions are required to honour the principles of the treaty (partnership, participation and protection). New Zealanders accept that colonial injustices were done to Māori, and NZ$2.2 billion of reparations have been made.

After Britain joined the European Economic Community in the 1970s, and excluded New Zealanders from British citizenship, New Zealanders of European origins began to articulate their relationship with Māori as part of their own identity. Not only are Māori symbolically included within the nation, the nation as a whole also draws symbolic resources from Māori and from the treaty.

Foreign dignitaries are welcomed by a Māori ceremony (a powhiri), the nation’s sports team (the All-Blacks) precedes its contests with a haka, and the country’s coat of arms is bicultural. Te Papa, the nation’s museum is structured biculturally, with the Treaty at its symbolic centre.

Recognising Māori as the people of the land

The discourse that “we are all immigrants” rings truer in New Zealand than in other English-speaking post-colonial societies (except maybe Canada). The current status of the treaty reminds citizens of the central position of Māori as tangata whenua (people of the land). This puts anti-immigrant rhetoric from New Zealand Europeans on shaky ground. The major anti-immigration politician in recent decades, Winston Peters, has Māori ancestry, and he is able to work with politicians who do not share his views.

Māori mostly have had bigger political fish to fry than roasting immigration. Having been colonised and dispossessed, improving collective well-being, as the Labour Party’s well-being budget declares, might be more important than guarding watery borders or aerial frontiers.

Democracy rose with enlightened leaders in Europe and the United States around two hundred some years ago, premised on the notion that individuals are capable of rational choice. The problem is, group-based politics is frequently far from rational, and is vulnerable to rabble-rousing. Leaders like Trump and the Brexiters represent sub-groups within their nations that are vociferously opposed by other groups. As the differences between them and their opponents involve identity politics that are group- and values-based, compromise is hard.

Group-based rationality works in New Zealand because it is treaty-based and has evolved stable and mutually acceptable platforms for dialogue. It is acceptable for Māori to filter their political views through the lens of culture. No matter how dominant the largest group (NZ Europeans), no matter if they are liberal or conservative, on Waitangi Day, any immigrant of any ethnicity becomes tangata tiriti (people of the treaty) in relationship with Māori as tangata whenua.

This pattern of cross-cutting allegiances is good medicine for facing the challenges to liberal democracy today.