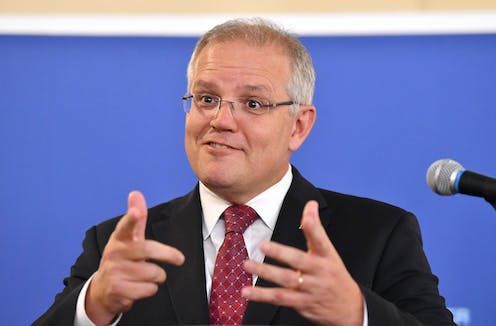 This week’s Newspoll, conducted January 24-27 from a sample of 1,630, gave Labor a 53-47 lead, a two-point gain for the Coalition since the last Newspoll in early December. Primary votes were 38% Labor (down three), 37% Coalition (up two), 9% Greens (steady) and 6% One Nation (down one). This is the equal closest Newspoll result since Scott Morrison replaced Malcolm Turnbull as PM.

Despite the Coalition’s improvement on voting intentions, Morrison’s ratings went backwards. 40% were satisfied with him (down two), and 47% were dissatisfied (up two), for a net rating of -7, Morrison’s second worst. Bill Shorten’s net approval was up two points to -13. While still poor, this is Shorten’s equal best Newspoll net approval since May 2016. Morrison led Shorten by 43-36 as better PM (44-36 in December).

The last Newspoll was taken after the final parliamentary week of 2018, when there was much media focus on politics. The lack of media attention on politics since mid-December may have assisted the Coalition. Analyst Kevin Bonham says Newspolls taken in December and January tend to be better for governments.

As the graph above shows, the incumbent government’s polling has tanked in February, when the media refocuses on politics. With the election due in May, the Coalition will need to avoid this February slump.

Housing prices have continued to fall. The NAB business survey had business conditions falling from +13 in November to +2 in December. The Westpac consumer survey had sentiment slumping from 104.4 in December to 99.6 in January.

Somewhat countering these gloomy economic reports, the ABS reported on January 24 that almost 22,000 jobs were added in December, and the unemployment rate fell 0.1% to 5.0%. The Australian stock market has gained in January, reversing much of December’s falls.

To make up for the likely loss of voters with a high level of educational attainment (see the seat polls below), the Coalition needs a strong economy to attract working class voters. A weaker economy is likely to help Labor.

The Poll Bludger has details of recent ReachTEL polls of the Victorian federal seats of Higgins and Flinders, and a Newspoll of the Queensland seat of Herbert. All three polls were conducted January 24 from samples of 500-700. The Higgins poll was conducted for supporters of Peter Costello and the Flinders poll for the CFMMEU.

In 2016, the Greens finished second in Higgins, ahead of Labor. In the Higgins poll, after excluding 8.4% undecided, the Liberals have 40.3% of the primary vote, Labor 27.1% and the Greens 19.3%. Full primary votes in Flinders were not reported.

Seat polls are notoriously unreliable, but the big swings in Flinders and Higgins could reflect voters with high levels of educational attainment turning against the federal Coalition. I wrote on my personal website in August that these voters likely far preferred Turnbull to Morrison.

This poll suggests movement back to the Coalition after a YouGov Galaxy poll and a ReachTEL poll in late November gave Labor leads of 52-48 and 51-49 respectively. YouGov Galaxy is the pollster that conducts Newspoll.

41% were satisfied with Premier Gladys Berejiklian (down four since March 2018) and 43% were dissatisfied (up eight), for a net approval of -2, down 12 points. Michael Daley’s debut ratings as opposition leader were 41% dissatisfied, 33% satisfied. Berejiklian led Daley by 44-31 as better Premier.

On Tuesday, the UK House of Commons voted on several amendments that could have either delayed the Brexit date beyond March 29, or led to a second referendum on Brexit. All these amendments were defeated by at least 20 votes. The Commons rejected a “no deal” Brexit by eight votes, but this is only a motion that has no legislative force.

To appease her Conservative party’s right wing, PM Theresa May supported an amendment that requires alternative arrangements for the contentious Northern Ireland “backstop”. The Commons agreed to this amendment by a 16-vote margin, but it is very unlikely to be acceptable to the European Union.

Tuesday’s votes make it more likely that the UK will leave the European Union on March 29, with or without a deal. You can read about why I think a “no deal” Brexit is a plausible outcome on my personal website.