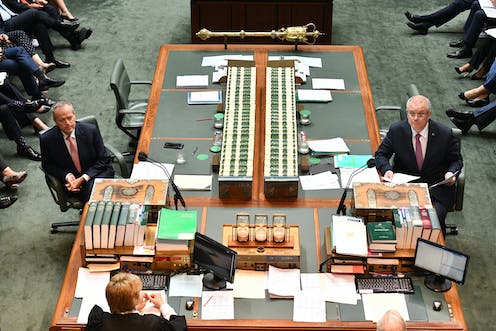 With the Morrison government now in minority, it is possible a bill for the transfer of asylum seekers from Nauru could pass against the government's wishes.AAP/Mick Tsikas

In both the United Kingdom and Australia there is speculation that controversial bills may be passed against the will of the government. If so, could the government advise that...

In both the United Kingdom and Australia there is speculation that controversial bills may be passed against the will of the government. If so, could the government advise that the bill be refused royal assent – the last formal step in turning a bill into a law?

This raises questions about whose advice the Queen or governor-general acts upon when giving royal assent, and whether it is constitutionally permissible or wise for ministers to advise that assent not be given to a bill that has validly passed both houses of parliament.

Could it happen with Brexit and Nauru?

In the UK, internal parliamentary dissent about the management of Brexit has led some cross-party parliamentarians to suggest they might support a bill that would require the deferral of Brexit, rather than allow Britain to crash out of the European Union without an agreement.

This has given rise to speculation in both the British popular press and academic blogs about whether the Queen could refuse assent to such a bill, acting on the advice of government ministers.

Read more: Explainer: what is a hung parliament and how would it affect the passage of legislation?

In Australia, the issue has arisen because the Morrison government has slipped into a parliamentary minority. This creates the potential for a bill, such as one concerning the transfer of asylum seekers from Nauru to Australia for medical care, to pass the House of Representatives and the Senate without government support.

But if such impediments are overcome and a bill passes both houses against the wishes of the government, can it advise the Queen or the governor-general (described here collectively as the “head of state”) to refuse royal assent, and what should the head of state do if so advised?

In both the UK and Australia, parliament is defined as having three constituent parts – the lower house, the upper house and the Queen. A bill does not become a law until it has been passed by both houses (subject to special procedures for certain bills that may not need to be passed by the upper house) and has received royal assent. Royal assent is therefore a critical part of the legislative process. It has not been refused in the United Kingdom since 1707. 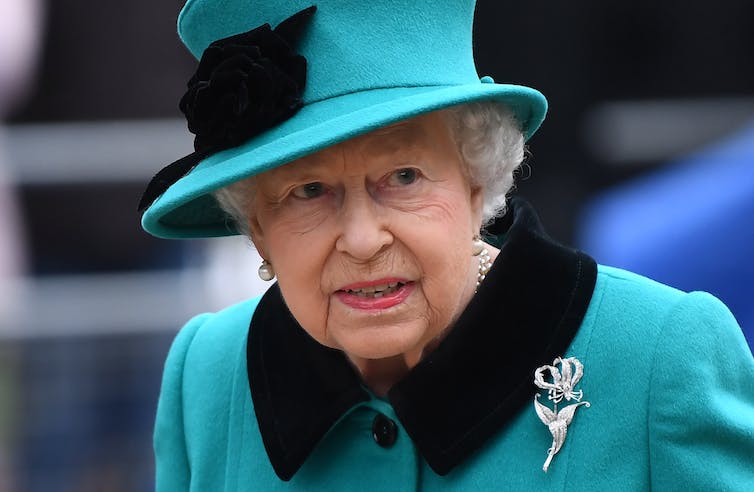 Royal assent is a critical part of the legislative process. AAP/EPA/Neil Hall

In practice, in neither country is the head of state given ministerial advice to assent to bills. While there is a common belief that assent is advised in meetings of the Privy Council or the Federal Executive Council as the case may be, this is not so. It is done separately by the head of state as part of his or her normal paperwork, once the houses have passed the bills.

Indeed, in the UK, the formal words of enactment of a bill state that it is:

enacted by the Queen’s most Excellent Majesty, by and with the advice and consent of the Lords Spiritual and Temporal, and Commons, in this present Parliament assembled, and by the authority of the same.

In Australia the more succinct phrase is: “The Parliament of Australia enacts”.

The position is nicely illustrated by the controversy concerning Britain’s entry in 1972 into what later became the European Union. A British subject, Alan McWhirter, argued that the Queen should refuse assent to the European Communities Bill as it would fetter the powers of parliament.

The first draft reply prepared by the British government explained it was a constitutional convention that the Queen cannot refuse assent to bills passed by both houses, and which ministers advise should receive assent.

After legal advice from the Lord Chancellor’s Office that ministerial advice is not tendered in relation to royal assent, the draft letter was corrected to say that it is an established constitutional convention that:

the Royal Assent is not withheld from Bills which have been passed by both Houses of Parliament.

If ministers were to advise the head of state to refuse assent to a bill that both houses had validly passed, it would potentially raise a clash between the principles of representative and responsible government. The principle of representative government requires the head of state to act in accordance with the will of the democratically elected parliament by giving assent to bills the houses have validly passed.

As Nick Barber has argued, it would therefore be inappropriate to rely on the principle of responsible government to undermine parliamentary representative government by allowing ministers to defeat the will of the houses of parliament.

The consequences of advising refusal of assent

There is therefore a strong argument that if a government regards a bill to be of such critical importance that it is prepared to advise the head of state to refuse assent to it, then the government’s defeat indicated by the passage of that bill amounts to a loss of confidence in the government.

This is why it would be madness for a government to advise the head of state to refuse assent to a bill that has been passed against its wishes. Such action would not only raise a serious question about whether it can continue governing, but it would place the head of state in an invidious position by forcing him or her to reject either the advice of the houses of parliament or of ministers.

Added to this would be enormous public controversy about the constitutional propriety of the government’s action. This would undoubtedly be damaging for a government in a subsequent election.

There is a reason why there is no precedent of a government in the UK or Australia advising the refusal of assent in such circumstances. It would not only be a constitutionally dubious thing to do, but would also be politically stupid.