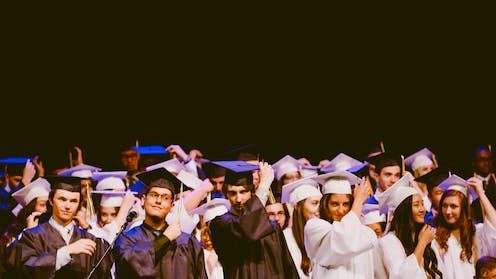 Full-time employment is up, the gender gap has widened, and employers are generally satisfied with the quality of Australian graduates.Photo by Caleb Woods on Unsplash, CC BY

Four years on from the worst new graduate employment outcomes ever, the 2018 statistics released today show cause for optimism. Although full-time employment rates remain well...

Four years on from the worst new graduate employment outcomes ever, the 2018 statistics released today show cause for optimism. Although full-time employment rates remain well down on a decade ago, they are improving.

In early 2018, about four months after completing an undergraduate course, 73% of new graduates who were looking for full-time employment had found it. This continues a positive trend since the low point of 68% in 2014. But apart from the early 1990s recession, it’s still a poor result by historical standards. 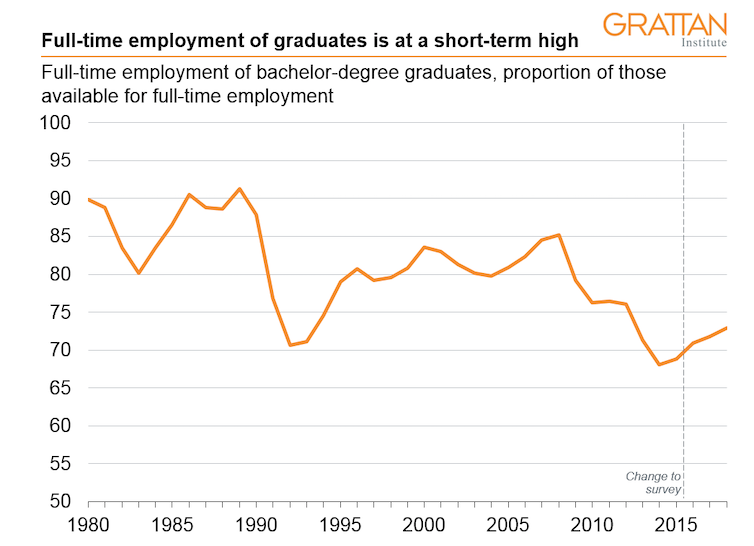 These overall results hide substantial differences between graduates of different degrees. As usual, health-related occupations have the best employment rate, with medicine, pharmacy and physiotherapy recording more than 90% employment.

Compared to 2017, job quality for new graduates in 2018 is stable. In both 2017 and 2018, 72% of graduates working full-time were in professional or managerial occupations. On a more subjective measure, in 2018 27% of graduates with full-time jobs felt they were not fully using their skills, slightly up on 2017.

Unfortunately, graduates from courses with poor overall full-time employment rates also have relatively low rates of professional and managerial employment and relatively high rates of reporting their job does not fully use their skills.

Starting salaries are up slightly, but the gender gap has increased

Median starting salaries also differ significantly between fields in 2018, ranging from a high of A$83,700 for dentistry to a low of A$47,000 for pharmacy. This reflects their system for professional registration. 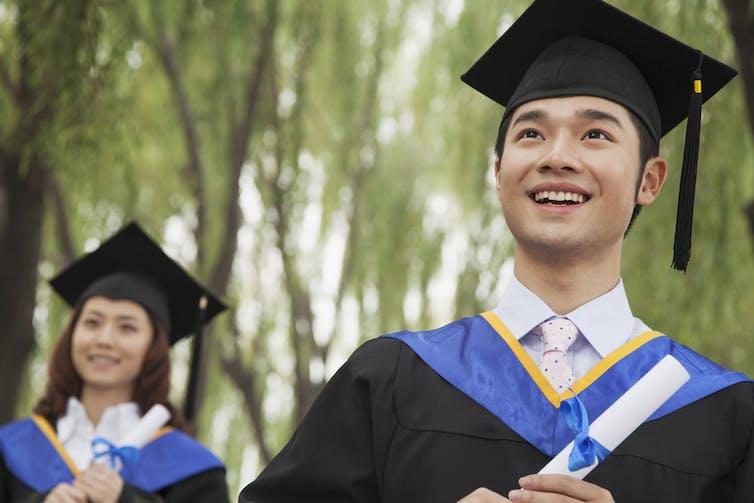 The gender pay gap for graduates widened again in 2018. from www.shutterstock.com

In 2017, the graduate gender pay gap had narrowed to men earning 2% more than women. But in 2018 it widened again to 5%, or A$3,000 a year. Some of this is due to men choosing courses that lead to higher-paying jobs. But even in highly-feminised fields such as nursing and teaching men report slightly higher median salaries.

These counter-intuitive results highlight the importance of looking carefully at other characteristics of graduates. Regional universities enrol more mature-age students than big-city sandstone universities. Older people often already have work histories and current jobs, which is why they earn more when they graduate.

Read more: Does it pay to graduate from an ‘elite’ university? Not as much as you'd think

Sandstone universities are also more likely to have large arts and science faculties, and graduates in those fields can drag down median salaries. Even so, previous studies have found employers typically don’t initially pay a wage premium to graduates from sandstone universities. They want to see performance before they pay more, rather than trust university prestige.

The complicated issue of graduate quality is examined in another report released today, the employer satisfaction survey. This survey has a bias, as it relies on graduates nominating their supervisor to participate.

Graduates who think they’re doing badly are unlikely to nominate their supervisor, so the report’s 85% overall employer satisfaction is probably above the true number. But the survey is still useful for comparisons.

The government wants universities to do more on graduate employment. Graduate job outcomes are likely to be part of new university performance funding scheme.

But as the Minister for Education, Dan Tehan, says in his media release on these reports, job creation is crucial. Especially as total graduate numbers continue to increase, job growth is the vital link between employability, which universities can help with, and actual employment for their graduates.

In 2014, an increasing number of graduates collided with a declining number of professional and managerial jobs for people aged between 20 and 24 years. This is what caused the worst-ever graduate employment outcome. 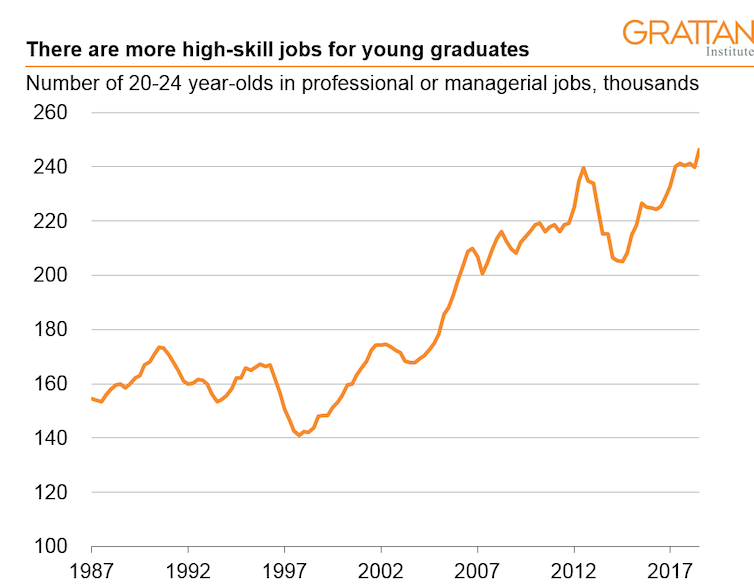 But since 2014, with a couple of hesitations, the jobs trend has been positive. Job numbers were still going up in late 2018, which is a good sign for recent graduates looking for work.

The labour market will always fluctuate, but at least in the short term both the outcomes survey released today and the latest ABS figures suggest employment opportunities for graduates are increasing.