Last week, the Institute for Public Affairs (IPA) published their third annual Free Speech on Campus Audit. It found all but one Australian university (the University of New England) stifles diversity of ideas and academic freedom.

The problem isn’t just that the IPA’s analysis has been criticised for its substandard quality by many academics. Nor that it conflates academic freedom with freedom of expression, and neglects to mention academic autonomy – a fundamental university obligation.

The major problem is it polarises debate into clear factions. You’re either for universities or against them. This polarisation prevents us from discussing threats to academic freedom that really do exist, some of which universities perpetuate themselves.

The ANU’s recent summit on academic freedom and academic autonomy offered a rare opportunity to explore this issue. The event began, predictably, with speakers defending universities against a fabricated crisis. Speakers clarified the relationship between a university’s obligations to uphold:

It became clear that many cases the IPA’s audit identified are actually examples of universities upholding commitment to good scholarship and the dissemination of knowledge in formal teaching and research spaces.

It may be necessary, for example, to reject philanthropic donors who disregard academic autonomy. Or to refuse to host speakers who reject scholarly norms which underpin academic freedom, while also permitting student protest in the university square as free expression.

The Summit’s most important contribution, though, was its determination to discuss an array of genuine and seldom-discussed threats to academic freedom and autonomy. A major threat is policing from within academic orthodoxies, particularly in public health. This can suppress unpalatable findings and ostracise those not toeing the party line.

Researchers working in fields such as obesity, sugar, mammography, smoking and addiction report various attempts from academic colleagues to silence findings that challenge public health orthodoxies. These silencing attempts include threats of violence, legal action and misconduct allegations, among many others because the work is “dangerous” or risks “confusing people”.

For example, professor Wayne Hall recounted he was told to “shut up” by fellow tobacco control researchers because he was critical of the government’s e-cigarette ban. His position was that the potential benefits of e-cigarettes as a harm minimisation strategy had been overlooked.

A related threat is the influence of vested interests, including authoritarian regimes such as China. When Australian universities collaborate with Chinese universities in research, they compromise the intellectual freedom of their own academics.

They also undermine their Chinese colleagues, whose work is seriously limited by government demands. A party communiqué from the Chinese government in 2013 prohibits Chinese academics from researching or teaching in seven areas:

Another threat to academic freedom is misinformation from outside universities, including character assassination of academics in major media outlets and on social media. These pile-ons can be personally traumatic, but also create a broader chilling effect around politically charged issues, leading researchers to self-censor.

Codes of conduct increasingly require researchers to uphold their employer’s “good reputation”. One Australian university prevented an ethics committee review of research on the clinical use of psychadelics to treat PTSD. This was due to concerns the research would damage the university’s reputation.

Undermining academic involvement in university self-governance is a further barrier to academics having input into issues that affect their freedom.

The move beyond polarisation allows us to proactively consider how universities might limit these threats. It’s important for universities themselves to model the kind of discourse they value. One idea involves cultivating better research training to allow more nuanced responses in dealing with sensitive research topics.

Nuance and rigour would also be improved by removing conduct clauses around upholding a university’s “good reputation”. Academics should be expressly permitted to comment on university-related matters, as per the ANU’s Statement. 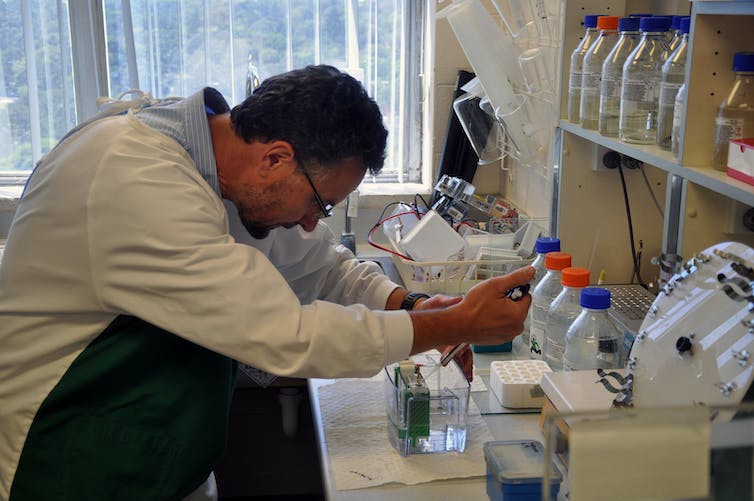 Getting more academic staff onto university councils would allow academics to better scrutinise the impact university business dealings have on academic freedom.

Whether and how to resource non-profitable research needs frank consideration. There is the option of setting aside a portion of university research block grant funding for quality humanities projects and research where practical, real-world applications aren’t immediately obvious.

Finally, it’s essential to promote greater cultures of protection within universities both through proactive legal and complaint-handling processes. There should also be a greater willingness to make a commitment to academic freedom through statements, policy changes and events like the Summit.

Getting beyond the IPA’s polarised terms is essential if we are to realistically address threats to academic freedom.