This piece is part of a series on race and racism in Australia. The series examines this complex and incendiary topic, and the role it plays in contemporary Australia. You can read the rest of the series here

When Indigenous Referendum Council member Megan Davis stood on the red sands close to Uluru and read the Uluru Statement from the Heart in May 2017, she was enacting a tradition steeped in Indigenous cultural and political significance.

It was not just a response to politicians’ requests to consult the Indigenous community on constitutional recognition, it was a powerful political act, enshrined in a message carried by elders and subsequently inscribed in art.

Following substantial months-long consultations, Davis, as envoy of the people, delivered a message to the nation concerning the resetting of “inter-tribal” relations between Indigenous and non-Indigenous peoples in Australia. The Uluru Statement from the Heart was an act of Indigenous diplomacy solemnised in song, dance and ceremony. 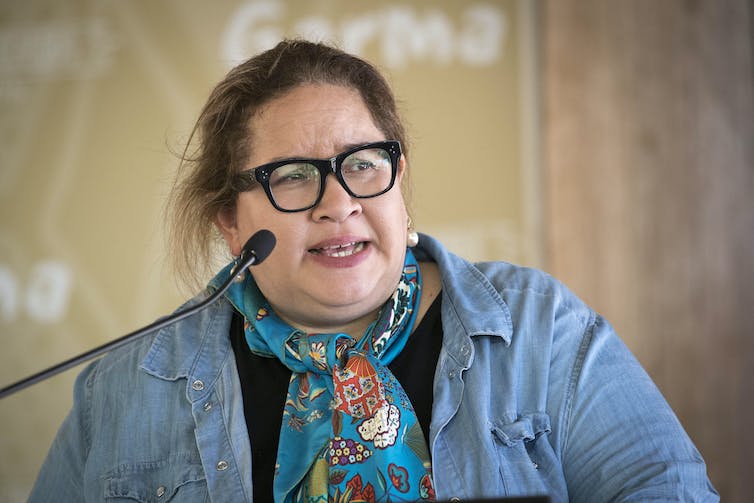 The history of Indigenous envoys

Historically, such ambassadorial moments were the glue of politics and negotiations between Indigenous peoples. They built cohesion and peace, facilitated inter-community exchanges and allowed for the settling of disputes.

As messengers, envoys were critical to this diplomatic mesh. Carefully selected, they were highly respected members of their tribes. They often possessed the ability to speak different dialects and were skilled negotiators. They were the bearers of important information, such as the deaths of leaders, appointments of successors and important gatherings and ceremonies like marriages, burials, corroborrees and initiations.

Read more: Indigenous recognition in our Constitution matters – and will need greater political will to achieve

Given their significance, it is little wonder that many Indigenous peoples described former Prime Minister Tony Abbott’s recent appointment as special envoy in Indigenous affairs as deeply disrespectful.

On every level this was an act of egregious political misjudgement, as many Indigenous people have been quick to note.

Why Abbott’s appointment was controversial

Not only was Abbott’s appointment hasty, ill-planned and unsolicited, it lacked a key requirement for the role - the wider support of his own community.

Beyond lacking all merit, Abbott’s previous policies on Indigenous issues had been characterised by funding cuts, exclusions and silencing. His Indigenous Advancement Strategy was criticised for its destructive consequences to governance within Indigenous communities. Someone who had caused such injury and grief in the past, stripped communities of their capacity for self-determination and seemed so lacking of respect in their own community was largely unwelcome.

There were some, however, who were willing to give Abbott the benefit of the doubt and saw an opportunity in his role.

For them, his task was clear. In accordance with tradition, he needed to come with models and messages of agreement-making and considered responses to the Indigenous peoples’ own message, as conveyed by the Uluru Statement. He needed to bring news of progress on constitutional recognition and the Makaratta Commission – the Indigenous-inspired body to facilitate agreement-making and help reset relations.

Read more: A new way to recognise an Indigenous nation in Australia

He needed to engage in dialogue, be open to consultations, and most importantly, listen.

Yet, this is not how Abbott saw his job. Disregarding cultural protocols, he arrived with dictates and outsider rules, and a specific agenda aimed at improving school attendance and performance in remote communities.

Even in this, his apparent lack of knowledge, a critical trait of the position, was apparent.

Over a decade’s worth of reports into remote schooling have overwhelmingly stressed the connection between education, language and culture, and the importance of family and community involvement for children. Education programs succeed when Aboriginal people are the architects of their own policies and services. Partnerships between the people and governments must be based on local priorities, and these must be mutually understood.

The proposals Abbott arrived with - more police in the communities and learning in English - only demonstrated his ignorance.

Abbott’s ignorance was compounded by the impropriety of another white elder of his tribe. Earlier this month, news broke of Indigenous Affairs minister Nigel Scullion’s approval of grants to a fishing industry lobby group from a fund intended to address disadvantage in Indigenous communities.

As the former Indigenous affairs minister, Dr Jak Ah Kit, said, this was totally against the rules. Aboriginal elders are skilled negotiators of their resources, particularly their fisheries. There had been no consultations or efforts to negotiate with them. 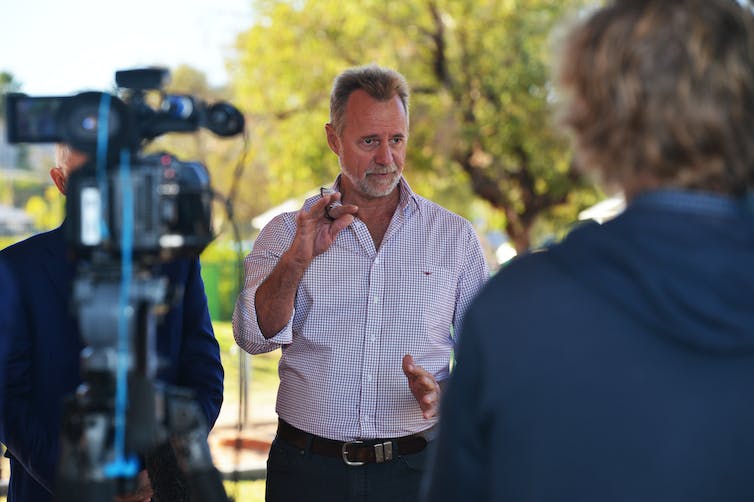 Prime Minister Scott Morrison’s appointment of Abbott as special envoy was more than a diplomatic faux pas. It was a diplomatic blunder and a policy failure.

In foreign policy parlance, a diplomatic blunder results from a judgement blinded by bias and ignorance, while a policy failure is caused by behaviour that is both costly and has undesirable and unanticipated consequences.

Read more: Abbott is quietly failing on his 'PM for Aboriginal affairs' promise

Abbott’s bias and ignorance are palpable and demonstrable. And the policies he pushed — more police in the communities and learning in English — would be costly in the human and economic sense. Investing in policies that aren’t wanted and don’t work will do nothing to reset intergovernmental relations.

Abbott and the federal government would do well to learn from the examples of deliberative and democratic governance demonstrated by the Indigenous political negotiations leading up to the Uluru Statement.

These negotiations demonstrated how politically astute Indigenous elders are. The network of regional dialogues were not about political platitudes of the sort Abbott said to the Anangu – “thanks for putting up with the invasion” — but a recipe for action.

Abbott could also learn from the likes of Megan Davis, whose diplomatic credentials, by contrast, are impeccable.