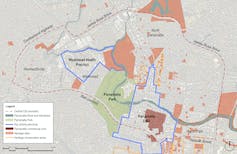 In my article yesterday showing how far Greater Parramatta is from hosting one of three metropolitan CBDs proposed by the Greater Sydney Commission, the verdict was clear:

The Sydney metropolis has a very long and bumpy way to go before we can re-imagine it with more than one CBD. Visionary and bold decision-making, supported by significant investment, is required for the Central City to transition to a metropolitan centre.

Read more: Re-imagining Sydney with 3 CBDs: how far off is a Parramatta CBD?

Today, I introduce a bold proposal to build a Central CBD for metropolitan Sydney, as a real complement to the City of Sydney CBD to the east. 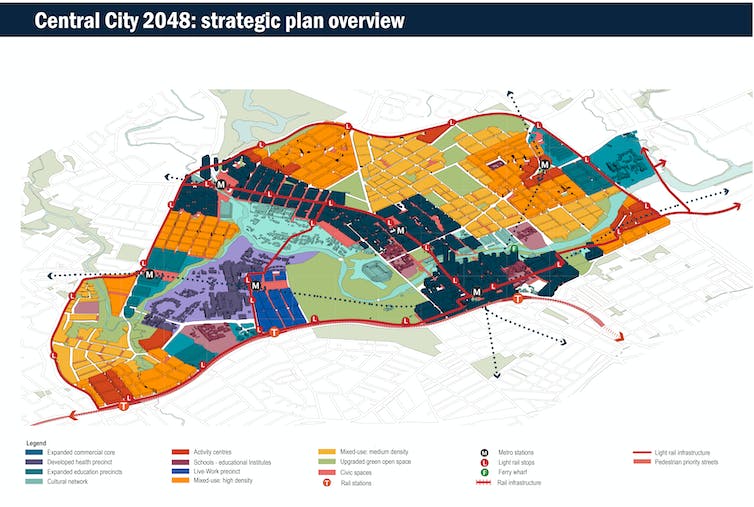 Read more: The future of Sydney: a tale of three cities?

Employment, transport and housing targets to be achieved by Central City 2048 are listed in Table 1. 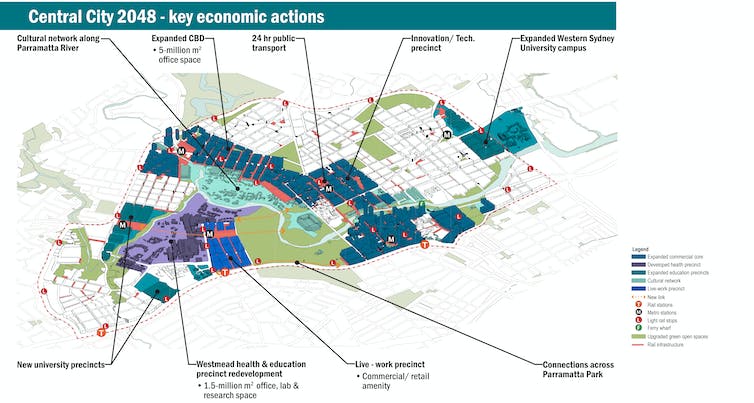 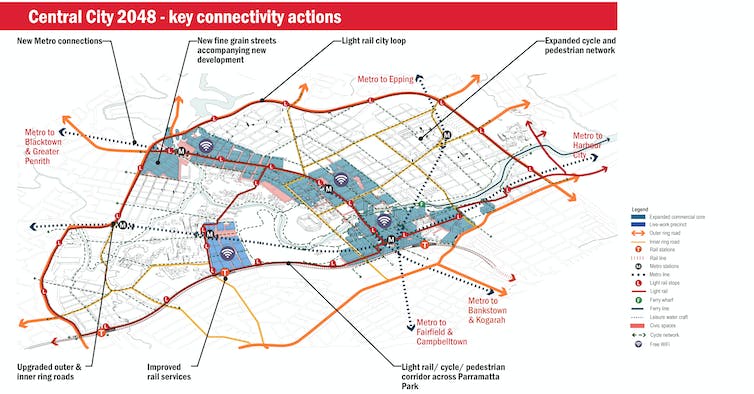 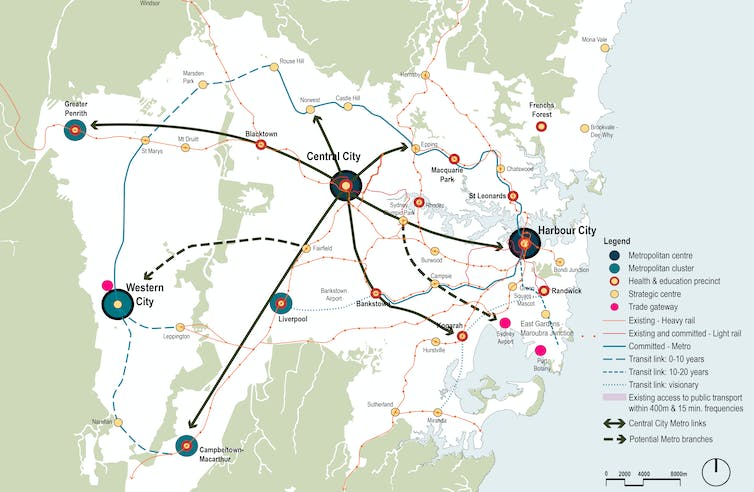 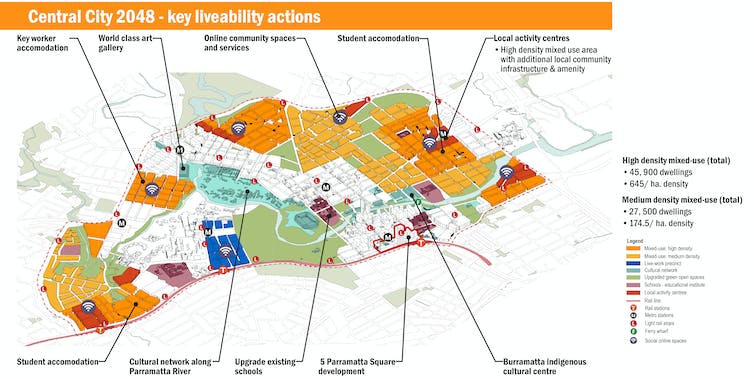 Invest in city shaping Central City 2048 proposes one new rail line, three metro lines, just under 300,000 additional jobs, and a 30% affordable housing target for all new dwellings. This looks ambitious, if not shocking, to many. But it portrays a compelling image of what it takes to build a metropolitan CBD at the geographical heart of the Greater Sydney Region. This is what city-shaping, and indeed nation-building, looks like. The decision is now ours: are we willing to invest what it takes to make it happen? This article is inspired by the work of the students enrolled in the Integrated Urbanism Studio for the Master of Urbanism at the University of Sydney. I specifically would like to acknowledge the significant contributions made by Jamie van Geldermalsen, Mile Ilija Barbaric, Rao Umair Afzaal and Kun Fan.