Last year, Professor Roger Bradbury and I questioned whether or not there was an unacceptable risk of the world “sleepwalking” into war.

We cited as reasons to be concerned a lack of strong and principled leadership, the problem of a rising power contesting other major powers for influence, the rise of nationalism, and the ineffectiveness of the UN Security Council in managing conflict situations. And we said:

the peaceful domain in the landscape shrinks rapidly as risk aversion decreases, such that, at low risk aversion, even low levels of hawkishness can drive countries to war

So, in the aftermath of US Vice President Mike Pence’s recent and provocative speech to the Hudson Institute in which the US laid down the gauntlet to China over many issues, it seems timely to look at Australia’s naval shipbuilding enterprise and our readiness for the future if conflict does someday break out in our region.

I have been watching developments in defence circles since the release of a series of white papers on defence in 2016.

From a naval perspective, the major thrust of these developments seems to have produced significant changes in how Australia is approaching its capability needs over the next 30 years.

Read more: Why does Australia need submarines at all?

But, in a comparative sense, we seem slow-moving and complacent in our decision-making and lack the agility to keep up with the times.

Why do I make this point?

In May 2017, the Coalition government released its Naval Shipbuilding Plan. The government announced it was embarking on a large shipbuilding enterprise to equip the nation to meet future challenges. Its vision is:

to deliver and sustain modern, capable naval vessels, on time and on budget, maximising Australian industry involvement and contributing to a secure and prosperous future for our nation. 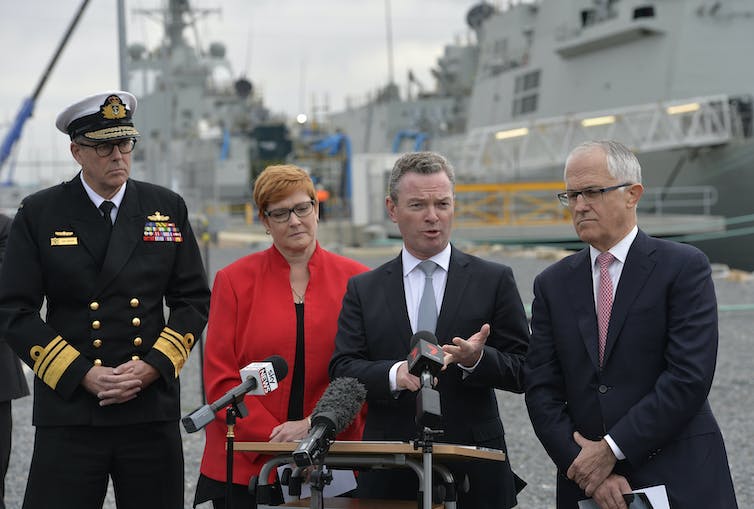 The Turnbull government’s shipbuilding plan may not be adequate in a constantly shifting region. David Mariuz/AAP

In summary, the plan included:

The key to successful delivery and sustainment of our “enhanced” naval capabilities will be a coherent national approach formed through strategic partnerships with the defence industry, state and territory governments, foreign allies and other suitable partners, commercial enterprises, academics, and science and technology research organisations.

Adequate force for a changing region?

Earlier this month, the Australian Strategic Policy Institute released a report about submarines detailing many of the problems yet to be solved in maintaining our current naval capability and simultaneously constructing a future fleet of 12 submarines.

The plan certainly looks challenging enough, but is it even adequate to meet our needs now – and in the future?

I note, for example, that the new naval surface fleet will deliver about the same level of capability that Australia has had since I joined the Navy in 1961 – one surface task group of four ships. But in 1961, we also had the possibility of adding to the mix the power of a small aircraft carrier.

To assess the adequacy of our current plans, we need to look ahead to what our region will look like in 2050.

In a snapshot: there will be an estimated 5.3 billion people in the Asia-Pacific region. Indonesia will have about 321 million people and a defence budget equal to ours. Australia’s population is expected to reach 33 million, just 0.6% of the total regional population.

And, we have little idea where China will be positioned by that time!

Read more: Is the world really sleepwalking to war? Systems thinking can provide an answer

Given these circumstances, will we have the assets to meet our needs if conflict does arise, or if there is a period of escalating tensions?

The size of our force structure has been limited since 1945. But, if war were to break out, the numbers we have been thinking about in our current naval programs will be at the low end of our needs.

From this strategic perspective, there are a range of questions:

I do not have answers to these questions. I raise them because I think we need to bear them in mind in today’s fast-moving strategic environment.

It’s also important to recognise that our plans require all levels of government, and many foreign governments, to pull together in a clearly defined way.

In addition, our ability to play in the big game in our region and retain a military advantage if conflict does break out depends a lot on the capabilities of our opposing forces. And even here, an analysis of the current situation is not re-assuring.

In May, the ANU Strategic and Defence Study Centre published a paper by Sam Roggeveen about China’s new Navy. It’s a reminder of the complexities of the issues that Australia will have to confront over the next three decades and is intended to be a guide for policymakers. 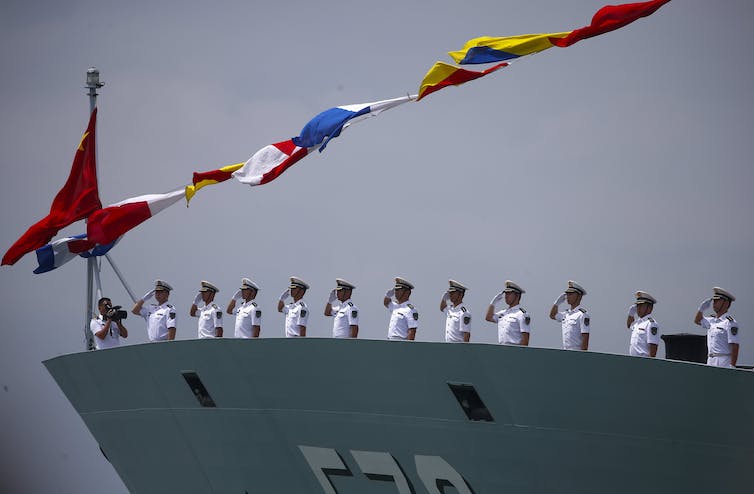 According to Andrew Erickson of the US Naval Institute, the Chinese PLA Navy is:

poised to become the world’s second largest navy by 2020, and – if current trends continue – a combat fleet that in overall order of battle is quantitatively and even perhaps qualitatively on a par with that of the US Navy by 2030.

The US naval predominance will continue to erode in north Asia and give way to a multi-polar balance. And in Southeast Asia, China will become predominant.

In addition, China may already be building a “post-American navy” – one designed not to confront US naval predominance in the Pacific, but to inherit it as the US balks at the increasing cost of continued regional leadership.

The final point of China’s naval ambitions is worth emphasising:

China wants a powerful surface fleet to signal to the region and the world its great-power ambitions, thereby eroding incentives to resist China’s agenda. 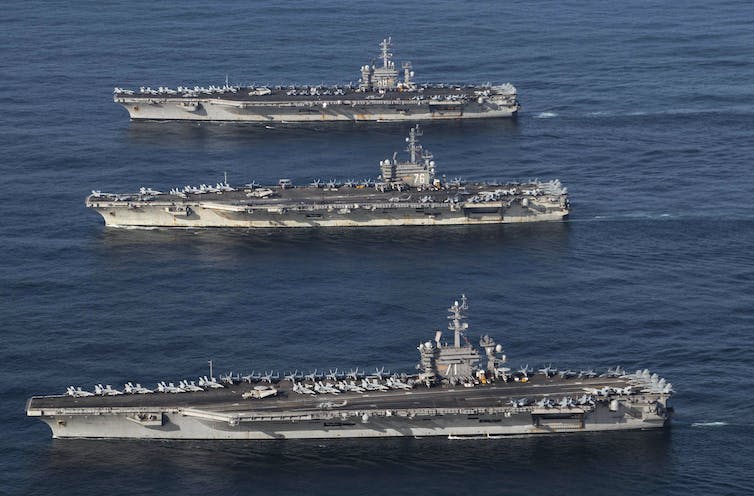 US aircraft carriers in the western Pacific. By 2030, the US is no longer expected to be the predominant power in the region. US Navy/EPA

What can Australia do better?

Australia must plan for a future in which its major ally is not the uncontested maritime leader in our region, and in which America’s will to maintain a preeminent place in the region will be severely tested.

Australia should follow China’s example by focusing its maritime force structure on anti-access/area-denial (A2/AD) capabilities. The plan to double the size of Australia’s submarine fleet is welcome, but given the leaps in Chinese capability, there are major questions around the pace of this program.

Australia cannot pursue an A2/AD strategy without Indonesia’s consent, and preferably its cooperation. Our defence diplomacy should be concentrated on Jakarta.

But it is too easy to think that China’s ambitions will be uncontested as the trade war between China and the US unfolds. The presumption about the decline of US power may well be overstated.

Also, China does not yet have global military and naval forces suited to superpower interests, though this could change in the next two decades.

For Australia, this means that we cannot be sure how we should balance our economic interests with our security requirements.

It also suggests we are not planning to do enough in this uncertain climate to assure Australians of a secure future in our region.