Farmers have struggled for millennia to protect their livestock from wolves, lions, bears, and other large carnivores. It’s expensive and time-consuming for farmers, governments and related agencies. Many current approaches have led to dramatic reductions or the complete loss of some apex predators from many regions of the globe.

Despite these substantial costs and their long history, we have remarkably little understanding of what methods best reduce livestock attacks.

A recent synthesis study, led by Lily van Eeden, Ann Eklund, Jennie Miller, and Adrian Treves with a total of 21 authors from 10 countries, found that there’s a worldwide dearth of rigorous experimental studies testing the effectiveness of interventions to protect livestock from carnivores.

Where studies do exist, results were mixed. Some management interventions did reduce livestock losses, some made little to no difference, and some resulted in increased livestock losses. This means that for some methods, farmers would be better off doing nothing at all than using them.

There are three main non-lethal methods that are effective in reducing predation of livestock.

The scant evidence is cause for concern. Aside from financial waste, preventable livestock attacks cause economic, emotional, and social costs for farmers. And both livestock and carnivores may be left maimed and suffering by human failures to separate the two sets of animals.

Too often, studies and management programs measure success based on money spent or saved, numbers of community members who contributed, or carnivores killed. None of these factors necessarily mean livestock loss is prevented or reduced.

In fact, livestock owners, policy makers, and scientists should work together to build an evidence base and discover what works best to reduce attacks on livestock under different conditions.

What works and why

Where we found rigorous studies quantifying livestock loss, three methods were consistently effective: livestock guardian dogs, some kinds of fencing, and a deterrent called “fladry” (a Polish word for strips of cloth or plastic flagging hung at regular intervals along a rope or fence line). 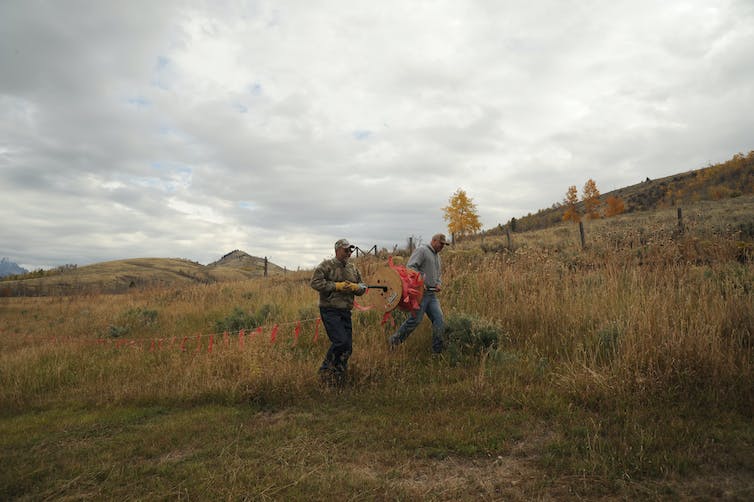 ‘Fladry’ - a Polish word for strips of cloth or plastic flagging hung at regular intervals along a rope or fence line - was among the top three most effective ways of reducing attacks on livestock. U.S. Department of Agriculture (USDA), CC BY

Livestock guardian dogs have been used successfully in Europe for centuries and are now seeing a revival elsewhere, including in North America and Africa.

Livestock guardian dog breeds, such as Maremma and Komondor, are typically much larger than herding dogs. They are raised with and trained to consider themselves part of a livestock herd and so protect their herd from threats. 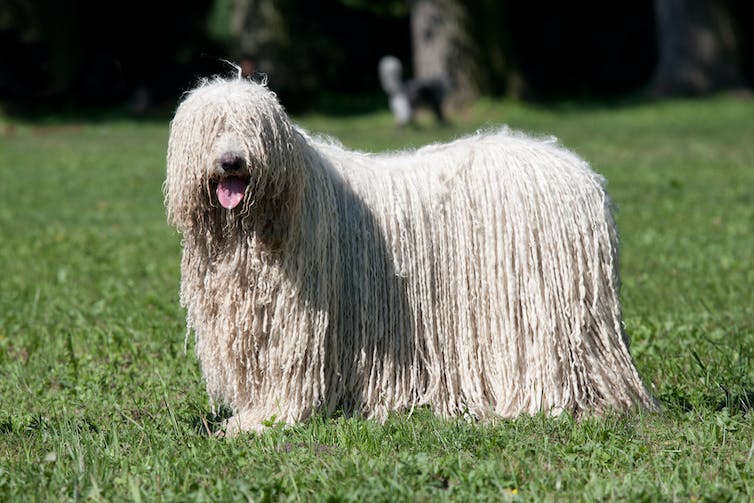 While dogs are most common, they’re not the only guardian animals: llamas, alpacas, and donkeys are also used to protect livestock from smaller predators like coyotes and foxes, but more research is needed to determine how effective they are. 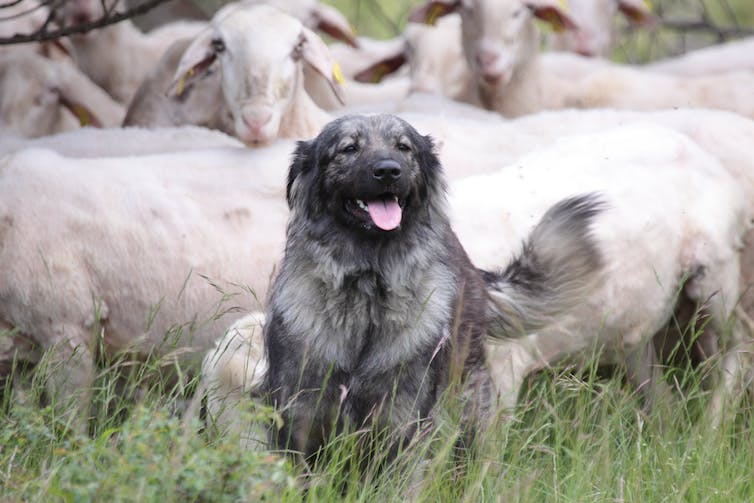 Karst Shepherds are commonly used in Europe to protect livestock. This Karst Shepherd was donated to farmers as part of the LIFE SloWolf project in Slovenia. Miha Krofel, Author provided

Fencing can be simple post-and-wire, an electric fence, or corrals, kraals or bomas (circular enclosures used in some parts of Africa) constructed from stones or wood.

Livestock can be kept within fenced areas all the time, or only at night when they are most vulnerable to carnivores (who often hunt at night, dawn, or dusk).

Our study didn’t find sufficient evidence to show that all kinds of fencing work, but there was enough that they should be considered generally effective and adapted to local conditions. 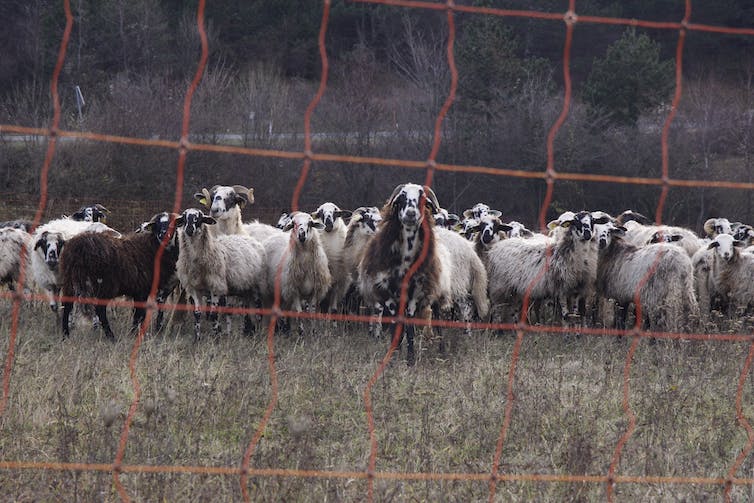 An electric fence can be an effective deterrent to prevent predators from entering a pasture. Miha Krofel

“Fladry” is a Polish word for strips of cloth or plastic flagging hung at regular intervals along a rope or fence line. Fladry is usually red, which is considered the most effective colour for scaring away carnivores. This method has been proven effective at deterring predators like grey wolves and coyotes from entering pastures.

Interestingly, all three of the methods we found to be generally effective do not involve killing carnivores.

This is good news for carnivore conservation, because it means that management can simultaneously protect livestock and carnivores. Large carnivores can play crucial roles in ecosystem regulation, so removing them can cause cascading consequences for landscapes and biodiversity.

Given the damage that ineffective management can cause to farming communities, animal welfare, and ecosystems, we hope our research serves as a catalyst for policy-makers and practitioners to think critically about the methods they use and why.

Too often, we continue to use a particular method due to habit and history, but that doesn’t mean it’s the best way to protect assets.

Governments that continue to fund and encourage ineffective management are not giving farming communities the best chance of success.

Dr Jennie Miller, Senior Scientist at Defenders of Wildlife, contributed to this article.