Schizophrenia is one of the world’s top ten causes of disability. It develops between the ages of 16 and 30 and often persists for life. It affects between 100,000 and 200,000 Australians.

Symptoms include delusions and hallucinations (“psychotic” symptoms), diminished emotional expression, poverty of speech and lack of purposeful action (known as “negative” symptoms), and incoherent speech and disorganised behaviour (“disorganised” symptoms). A diagnosis of schizophrenia requires at least two symptoms, including one psychotic or disorganised, to be present for at least six months. These must result in significant social or occupational dysfunction.

It is thought disruptions in brain development early in life may underlie the emergence of schizophrenia in later years. While the causes of these disruptions aren’t exactly clear, research points to several possible reasons.

Hundreds of genes have been linked to schizophrenia, but do not appear to follow typical patterns of inheritance across generations, where disorders can be predicted with confidence. Like diabetes and coronary heart disease, schizophrenia cannot be predicted from family history alone. This is because no one gene, or set of genes, has definitively been identified as causing the disorder.

Family studies do provide robust evidence of a genetic contribution. For instance, across the population, a person’s risk of developing schizophrenia is 1%. If one of their parents has the disorder, the risk increases to 15%. 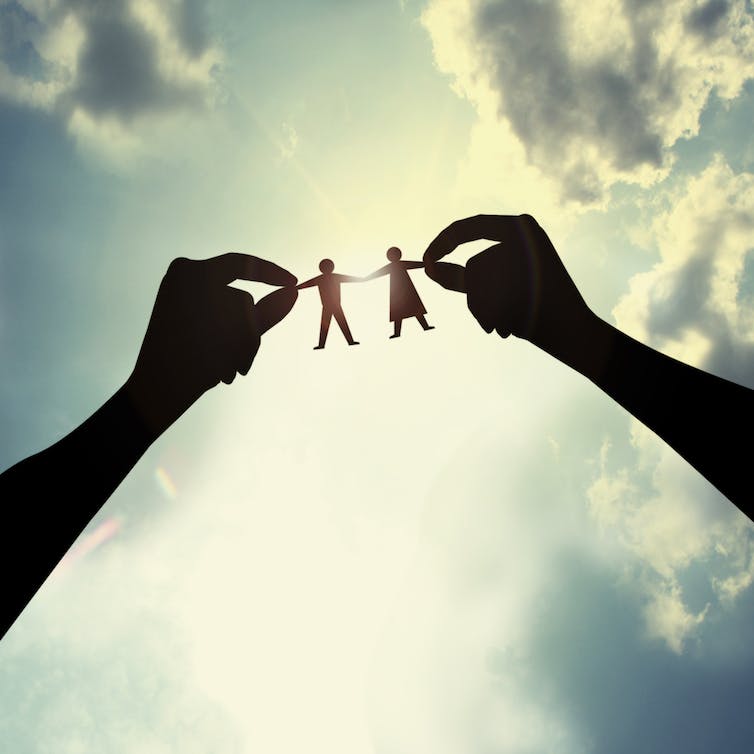 Hundreds of genes have been implicated in schizophrenia. from shutterstock.com

There is also an association between the age of the father at the time the child is born and an increased risk of schizophrenia in the child. If the father is over the age of 55, the child’s risk of schizophrenia increases by 50%. This may be due to rare mutations in paternal sperm that could lead to abnormal development, or to family factors associated with having an older father.

Various obstetric complications in utero and at birth have also been identified as risk factors for schizophrenia in the offspring. Complications during pregnancy include maternal bleeding, diabetes, rhesus incompatibility (when the mother has Rh-negative blood and the fetus Rh-positive, or vice versa), pre-eclampsia and abnormal fetal growth and development.

Maternal exposure to famine during pregnancy has been linked to schizophrenia in the offspring. Complications at delivery include uterine atony (failure of the uterus to contract after delivery), lack of oxygen to the fetus and emergency caesarean.

Most of these obstetric associations are small, and other potential influencing factors weren’t controlled for. For example, exposure to maternal infections, such as upper respiratory tract and genital or reproductive infections, has been linked to schizophrenia in the offspring. If exposed to these infections, these could be the real culprits rather than the obstetric complications described above.

Exposure to infections in childhood, such as Toxoplasma gondii (a parasitic organism carried by domestic cats) and viral central nervous system infections (such as meningitis), have also been linked to schizophrenia in adulthood. Again, if exposed, these could have led to the mental illness as opposed to complications in delivery.

Markers of infection and inflammation are often increased in adults with schizophrenia. This means immune system dysfunction may be involved in the development of the disorder.

Studies following people from birth to adulthood have identified cannabis use in childhood or adolescence as a likely risk factor.

The neurological and biological mechanisms of cannabis use are similar to those in schizophrenia, with the same neurons showing activity. 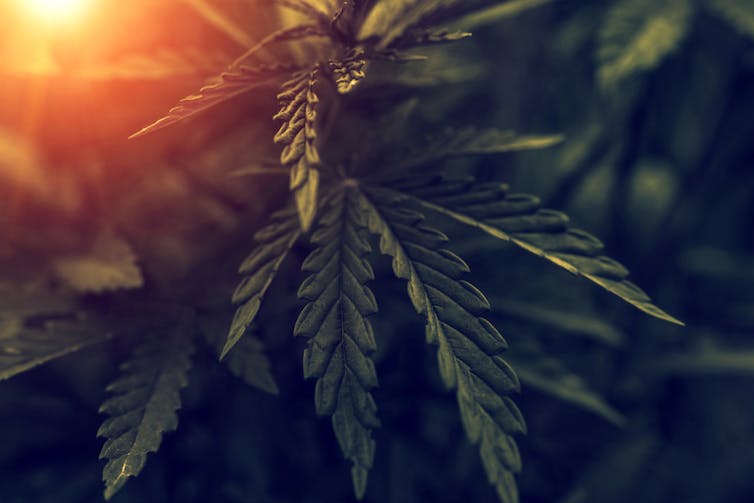 There is strong evidence for the association between cannabis use in early life and schizophrenia. from shutterstock.com

Methamphetamines, particularly ice or crystal methamphetamine, have been linked to increased risk of persistent psychosis, and not just substance-induced psychosis. Controlled amphetamine administration that triggers temporary psychosis in healthy individuals can also be blocked by antipsychotics. This further strengthens the evidence of association.

There is solid evidence supporting the link between having experienced child abuse, or any type of abuse that includes bullying, and schizophrenia. Stressful life events in adulthood have been associated with schizophrenia too.

Read more: Extreme stress in childhood is toxic to your DNA

Studies have also found a greater risk of schizophrenia in ethnic minority groups living in areas of low ethnic density than those living in high ethnic density areas. These finding indicate that sustained social marginalisation, particularly from early childhood, may have greater adverse effects than migration itself.

Social stressors can lead to biological disruptions. For instance, stress increases the release of dopamine. And evidence shows people with schizophrenia have increased dopamine production and release.

Stress is also associated with dysregulation of a brain network known as the hypothalamic-pituitary-adrenal (HPA) axis, which is sensitised in people with schizophrenia.

Stress associated with being raised in a harsh environment has been linked to the emergence of an inflammatory gene expression in adolescents. And people with schizophrenia show immune system dysfunction in both the early and late stages of the disorder.

Disruption to these biological systems can cause paranoid ideas, social withdrawal and other behavioural problems. These in turn cause additional stress and further biological disruption. In time, paranoid ideas can become delusional and fixed, signalling schizophrenia, particularly in the presence of other symptoms.

While much progress has been made in identifying the potential causes of schizophrenia, most of the evidence comes from population-level studies that may or may not be applicable to a particular individual. More research is required to determine the various individual pathways to schizophrenia.