The use of animals in scientific research is a complex ethical issue, and these studies typically take place behind closed doors.

But since 2012, more than 120 of Britain’s universities, research institutions and pharmaceutical companies have signed a public pledge committing them to greater openness in their animal research programs.

The commmitment is called the Concordat on Openness on Animal Research – and there’s an argument to be made that a similar movement should be started in Australia.

Read more: The live export trade is unethical. It puts money ahead of animals' pain

Crucial advances in fields such as medicine and psychology have occurred through clinical trials and experiments involving animals. Experiments on living subjects are inherently risky, and many would argue that it is better to impose the initial risk on non-human animals and only move on to human subjects after there is more evidence of safety.

Proponents of this approach sometimes appeal to the (controversial) idea that human beings have a higher moral status due to greater rational capacities that are supposedly necessary for having rights.

On the other hand, there have been numerous instances of animals being forced to endure extreme suffering for the sake of trivial findings, such as the infamous 1972 learned helplessness experiments of Martin Seligman, in which dogs were given repeated painful shocks.

Even if it is necessary to conduct at least some trials on living subjects, it’s not unreasonable to suggest that human beings should be the ones to bear the burdens of their own scientific pursuits.

Such a position draws support from the ethical intuition that a given quantity of suffering endured by any one individual is of no more or less importance than the equal suffering of any other (regardless of race, gender, or species).

And, unlike human beings, non-human animals are incapable of consenting.

A history of hostility

As with most contentious ethical issues, the apparent reasonableness of each side’s concerns can lead to hostility. Animosity between researchers and animal welfare advocates can make it all the more difficult to resolve their disagreements.

Further, as activists become more vocal, scientists are motivated to be less open about their use of animals. This lack of transparency leaves the public less informed while fuelling distrust on the part of those who aim to protect animals’ interests.

It seems reasonable to aim for reduced hostility while searching for an arrangement that comes as close as possible to being morally tolerable for all parties to the debate.

A promising strategy along these lines has been implemented in the UK.

Read more: Animal research: is it a necessary evil?

The Concordat on Openness in Animal Research in the UK has led to substantial improvements in the way researchers engage with the public about their use of animals.

The pledge requires institutions to:

Although openness is not enough to eliminate ethical concerns, it has the important benefit of preventing the public from assuming the worst when it comes to animal experiments. It also helps ensure that research institutions follow ethical guidelines.

For countries such as Australia that have strong regulations on animal research, it only makes sense to encourage a pledge of transparency similar to the UK Concordat.

It won’t be easy

Some researchers may not be eager to make such a pledge. One obvious interpretation of such reluctance would be that animals are being used in ways that are morally objectionable.

But hesitancy could also be motivated by concern that the public’s lack of understanding will obscure the potential benefits, and perhaps also make the treatment of animals seem more severe than it is.

However, this possibility is all the more reason for researchers to take the opportunity to explain themselves and educate the public.

Of course, doing so requires substantial time and effort. But these costs are outweighed by the potential improvements in relations among researchers and animal activists, as well as a more informed dialogue about these issues. 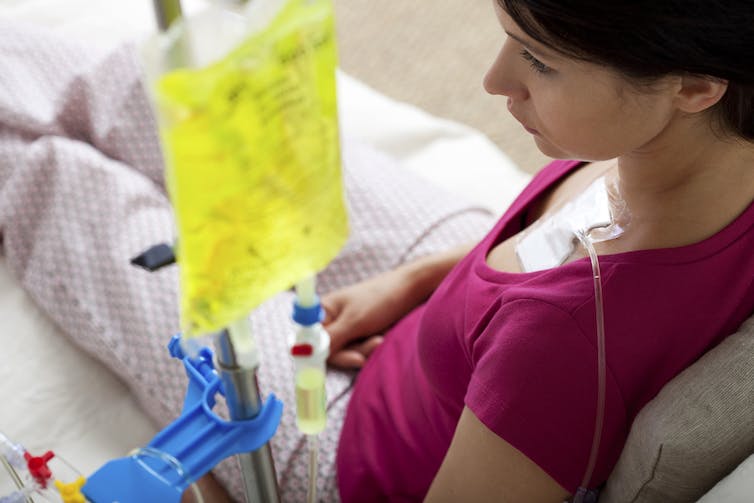 Many drugs used in humans were first tested in animal trials. from www.shutterstock.com

Secrecy only leads to more divisiveness and hostility, including possible direct action that can interfere with research. Lack of openness can also lead to a general lack of trust in scientific researchers among the general public, which is something that isn’t good for anyone.

Read more: Should lab-grown meat be labelled as meat when it's available for sale?

Some animal activists might worry that a formal pledge of openness will be used as a shield in order to legitimise the use of animals in perpetuity. Perhaps the prevailing view will be that as long as researchers are transparent and follow regulations, there are no legitimate grounds for further protest.

However, given that animal experimentation is ongoing, the most promising route to reduce unnecessary suffering is to ensure openness. Rather than putting an end to the debate, transparency can carry it forward with more information and a higher degree of amicability. This would be an improved outcome for all parties involved, including the animals.