Review: Reading the Landscape, a Celebration of Australian Writing (UQP).

It is actually quite difficult to imagine what Australian literature would look like without the University of Queensland Press (UQP). Since it was established in 1948, it has done as much as any Australian publisher to shape Australian creative writing. The title of this excellent anthology Reading the Landscape refers to this literary landscape rather than any thematic interest in Australia’s land. 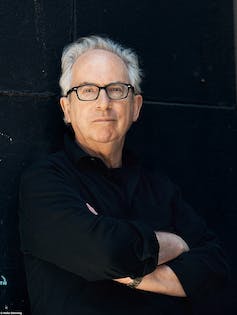 Whether writers like David Malouf, Rodney Hall, Peter Carey, Doris Pilkington-Garimara and Alexis Wright would have become the writers they became without UQP is a moot point. One assumes, with the benefit of hindsight and the stratosphere they now inhabit, that they certainly would have. How could we not have Oscar and Lucinda, Remembering Babylon, Follow the Rabbit-Proof Fence and Carpentaria? How could they not exist? But the fact is that each of these writers, and dozens of others, were first published by UQP.

Against considerable economic pressures, UQP is one of a handful of Australian university presses that continue to produce quality scholarly publications for academic and general markets. While academic scholarship is considered the natural province of a university press, UQP is distinctive in having developed significant fiction and poetry lists from the late 1960s. 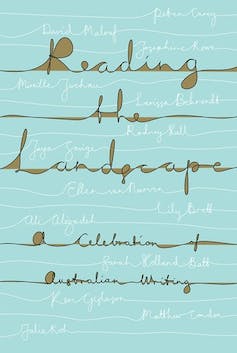 Recently, the University of Western Australia’s UWAP has followed UQP in developing fiction (and creative nonfiction) and poetry lists, and last year UWAP author Josephine Wilson won the Miles Franklin for her novel Extinctions. But UQP’s record of discovering, nurturing and supporting Australian writers, is really without peer in the other Australian university presses, and unique in world terms. Reading the Landscape is a cross-section of living writers who currently publish with UQP or have in the past. At least three generations feature — those who debuted in the 1970s and 80s, those who appeared for the first time in the 90s and 2000s, and the current range of new writers. Read more: Grief, loss, and a glimmer of hope: Josephine Wilson wins the 2017 Miles Franklin prize for Extinctions 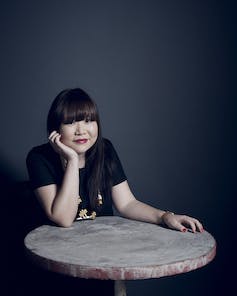 Julie Koh. Hugh Stewart In the first generation, we see not only Malouf, Carey and Hall, but important writers like Nicholas Jose, Peter Skrzynecki and Gabrielle Carey. In the next generation, there are writers like Lily Brett, Melissa Lucashenko, Larissa Behrendt, David Brooks, Venero Armanno and Samuel Wagan Watson. And finally, we have writers only recently to emerge such as Jaya Savige, Julie Koh and Ellen van Neerven. Those familiar with some of those writers will be reminded, in this anthology, of just why they have been celebrated. Rodney Hall’s Glimpses of Lost Europe, for instance, is a charming reminder of his effortless brilliance. It begins in 1954 like this: Dr Bródy – philosopher, philologist and metaphysician ­– was grateful to find work in Brisbane as an umbrella salesman. And spins outwards from there. Various trends and movements suggest themselves from these contributions. One is the turn towards factual stories in the genre now known as creative non-fiction. Another is the rise of the young-adult genre as a powerful and lucrative publishing phenomenon. One of the creative non-fiction highlights of this anthology is Patti Miller’s riveting account of her uncle’s hang-gliding accident. Icarus is the spellbinding story of a quiet and meticulous man who becomes, in his 60s, a devoted hang-gliding enthusiast, only to have his spine shattered by an accident while landing. I was also taken by the quality of the poetry by younger writers like Savige, van Neerven and Ali Alizadeh. Their respective poems were by turns spiky and lyrical, smouldering and rueful. The way that they mix politics and memory, urgency and metaphysics, affirms the continuing possibilities of poetic expression in what often seems like an increasingly prosaic age. Perhaps most significant, though, is the rise of Indigenous writing visible in the contributions from acclaimed authors like Lucashenko, Behrendt, Wagan Watson and van Neerven (the last three each won the David Unaipon award). 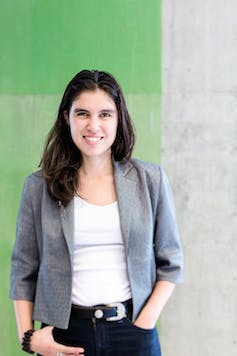 Ellen van Neerven. Bridget Wood The appearance of modern Indigenous writing is often dated to the publication by Jacaranda Press, another largely independent Brisbane press, of Kath Walker’s (Oodgeroo Noonuccal’s) We are Going in 1965. UQP published Kevin Gilbert’s People are Legends: Aboriginal Poems in 1978, and as Bernadette Brennan reminds us in her fine introduction to Reading the Landscape, the press contributed very significantly to the emerging study of Indigenous writing with seminal monographs on the subject by J.J. Healy and Adam Shoemaker. Many of the key Indigenous writers to follow in the wake of Oodgeroo, Kevin Gilbert, and Jack Davis have come through UQP, although the WA presses Fremantle Press and Magabala Books have also been crucial. In van Neerven, in particular, one sees a worthy successor to Oodgeroo, as invidious as that comparison might seem. Oodgeroo’s trademark mixture of acerbic humour and gut-punching honesty shines through van Neerven’s verse, and her poem 18C is a fitting conclusion to the anthology. Written in answer to the recent controversies that have surrounded the anti-vilification provision of Australia’s Racial Discrimination Act, the poem’s 18 stanzas thread in and out of the complexities of black life. The final stanza, and the book’s last words are these: Courage is telling them what you think of that play, that script they try and write us in will no longer contain us, bring me a new coat of oppression, this one’s wearing thin.