With news that the Man Booker Prize long list includes a graphic novel for the first time, the spotlight is on comics as a literary form. That’s a welcome development; the comic is one of the oldest kinds of storytelling we have and a powerful artform.

Right now, the Australian comics community is producing some of the best original work in the world. Australian comics punch above their weight globally. Many have been picked up by international publishers and nominated for international and national literary awards - yet remain little known at home. Some are directed at an adult audience; some are for all ages. They tackle issues ranging from true crime to environmental ruin to life in detention.

As someone who has researched comics for years - and been a fan since childhood - I want to share with you some highlights from the contemporary Australian comic scene. Here are 10 Australian comics of note, in no particular order.

Sue Neill-Fraser’s conviction for the murder of her de-facto partner Bob Chappell in 2009 polarised the Tasmanian city of Hobart. To this day, Sue has maintained her innocence. This piece of long-form comics journalism by cartoonist Eleri Mai Harris takes readers deep into the personal impact this case has had on the families of those involved. 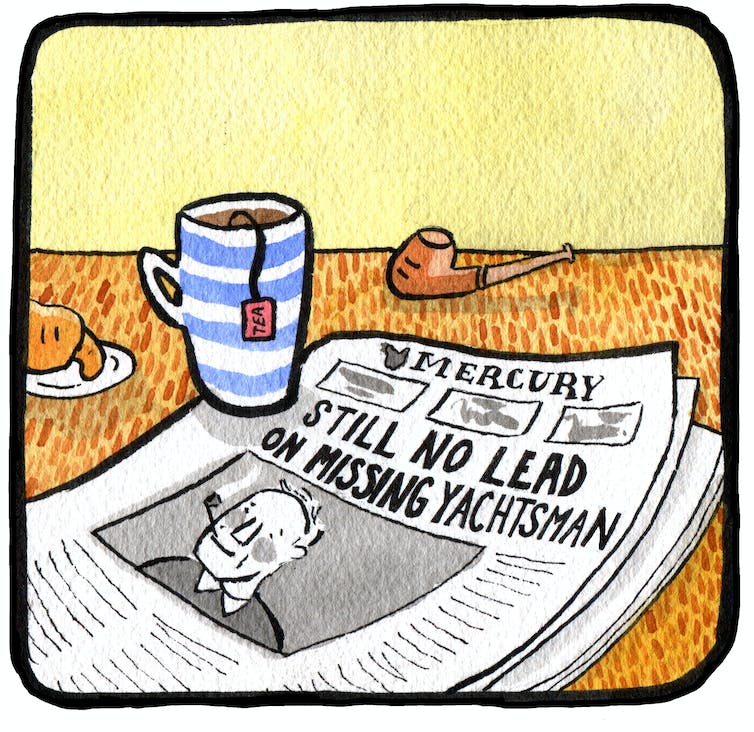 According to one study, mean friends can be good for you. The opposite may be true in this psychological drama, a tale of jealousy, friendship and narcissism. Bottled is a tense piece of suburban noir set in the suburbs of Melbourne, rendered stark and disjointed by Chris Gooch’s striking artwork. 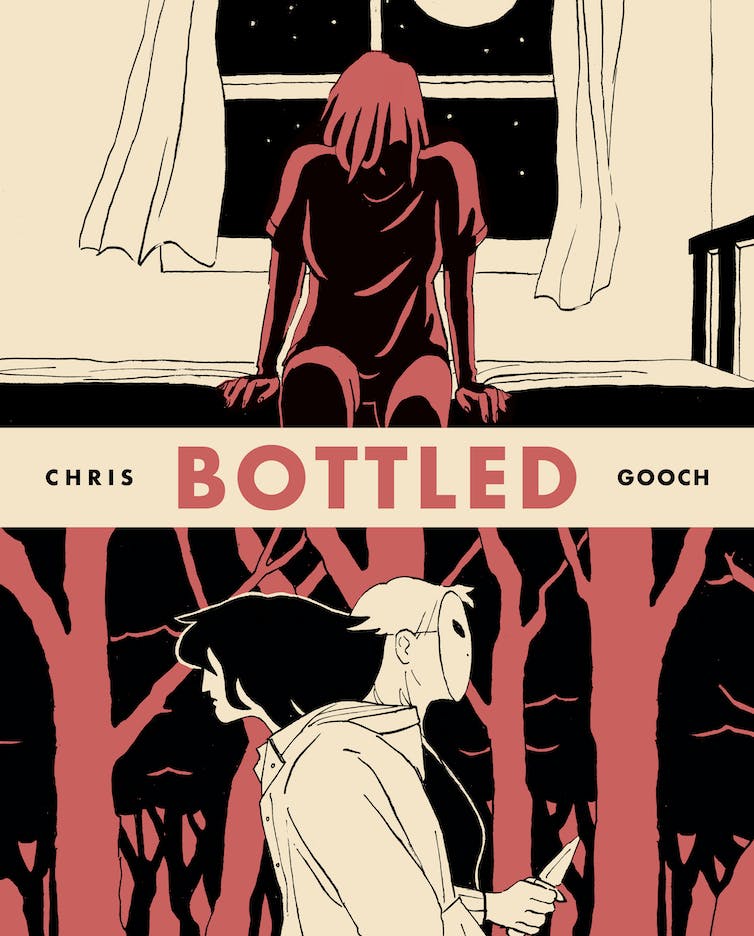 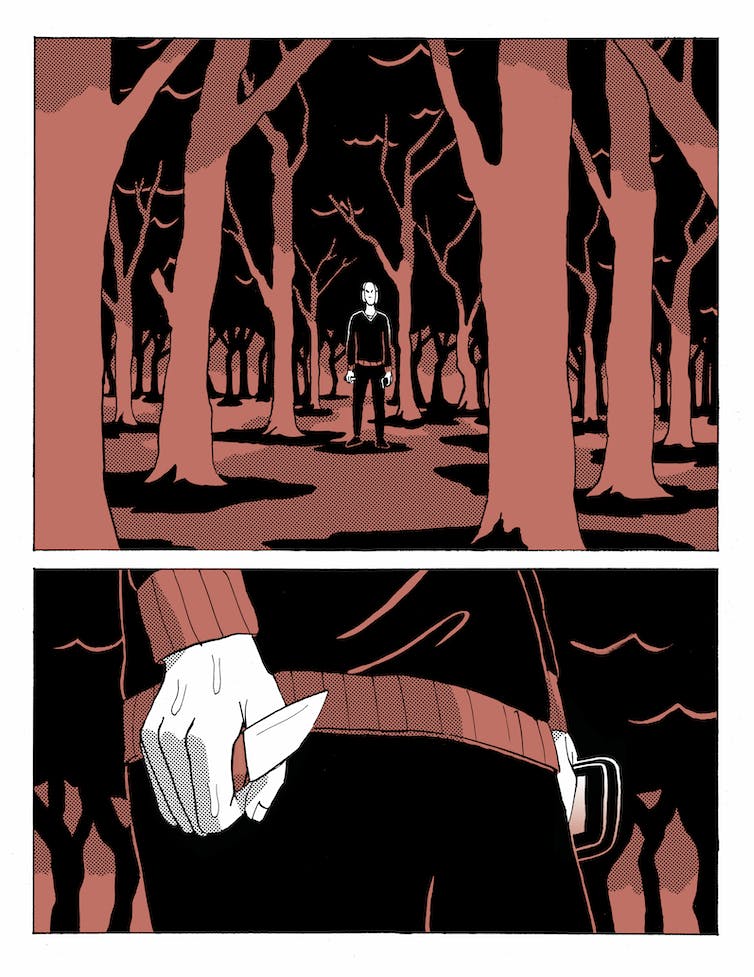 Who is my birth mother? In this autobiographical story, Meg O'Shea travels to Seoul to find an answer to that question, armed with her sense of humour and imagination. This whimsical story of sliding door moments explores the emotional impact of not having solutions and the fatality of not knowing.

You can read A Part Of Me Is Still Unknown here. 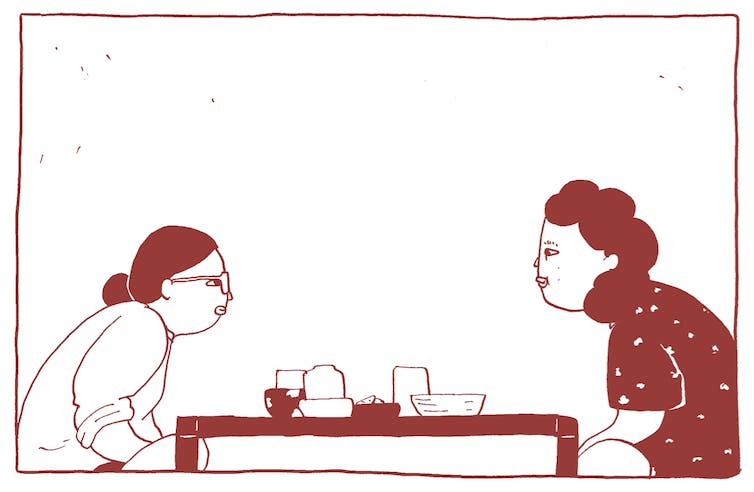 A part of me is still unknown; cover page. 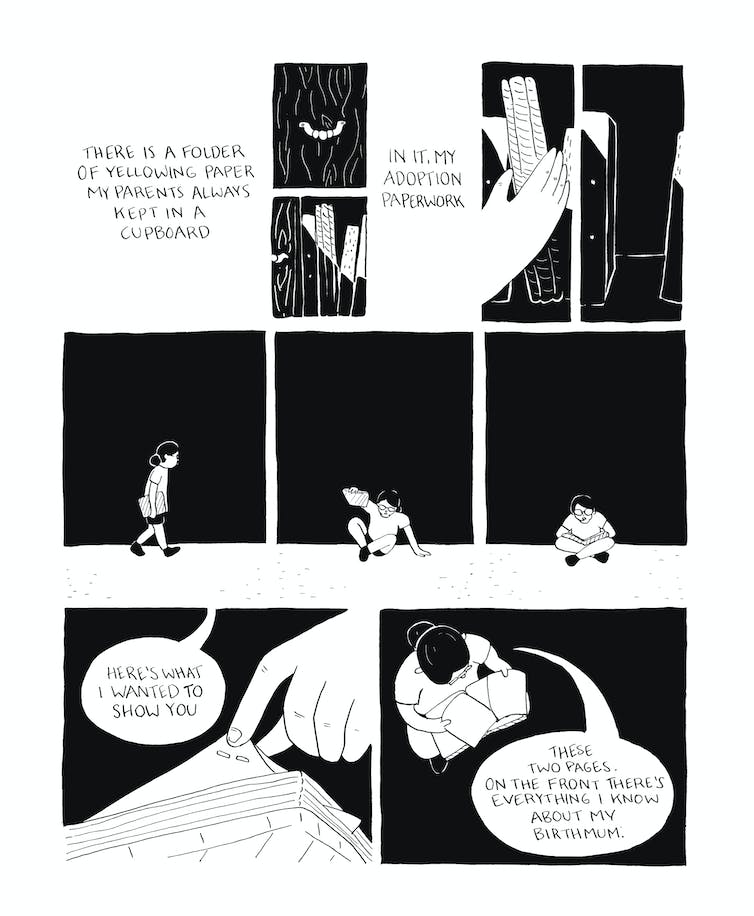 A part of me is still unknown; inside page.

Villawood is a Walkley award-winning piece of comics journalism about the experiences of being held captive in a Sydney asylum seeker detention centre. In sharing the stories and experiences of the detainees, it lays bare the harsh realities of indefinite detention. These stories are made even more real through the inclusion of artwork created by the detainees. Their images sit alongside Safdar’s tense line work, which illustrates the realities of this brutal system.

You can read Villawood online here. 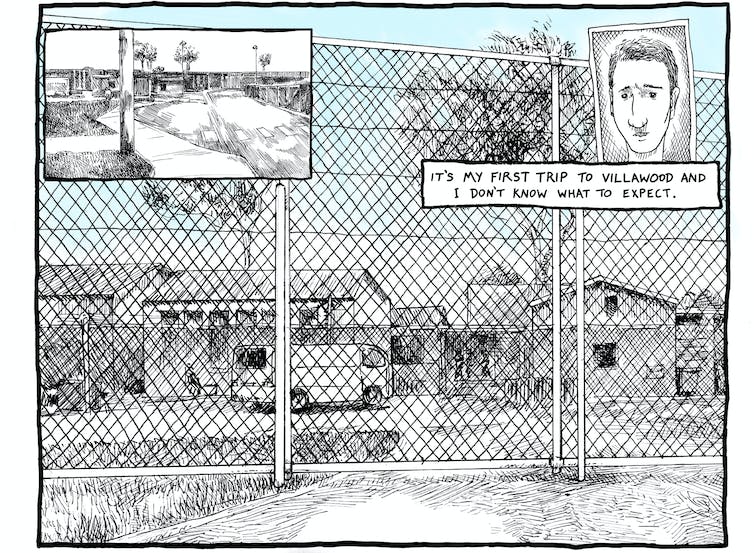 Changes are on the horizon for a group of Year Six school friends who are looking at their last summer together. But their suburban world is transformed after a freak accident transports them to an alternative universe. The friends find themselves in an inverse world filled with creepy gumnut babies, cups of tea and a deceptively familiar Australian landscape. With Home Time, Campbell Whyte has created an intoxicating and visually stunning Australian Narnia. 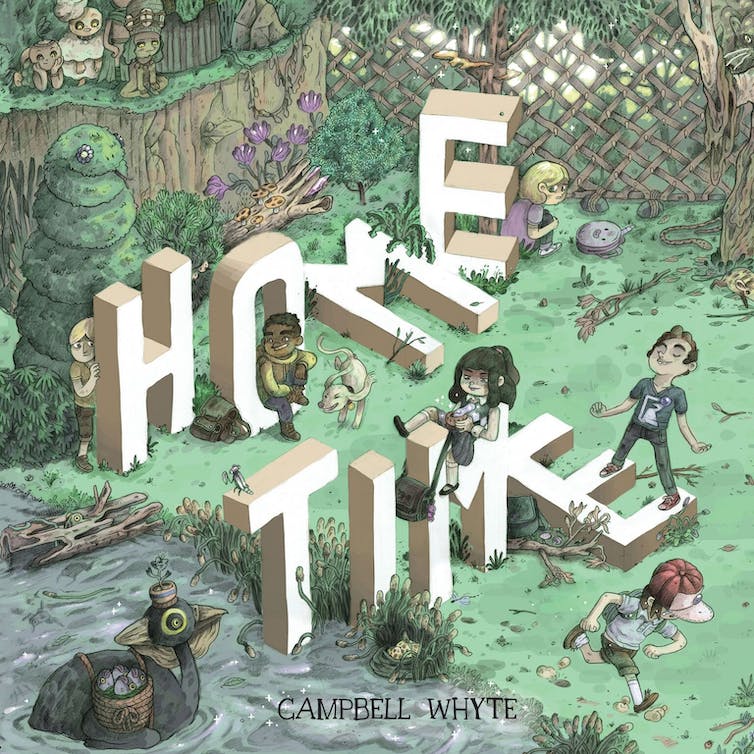 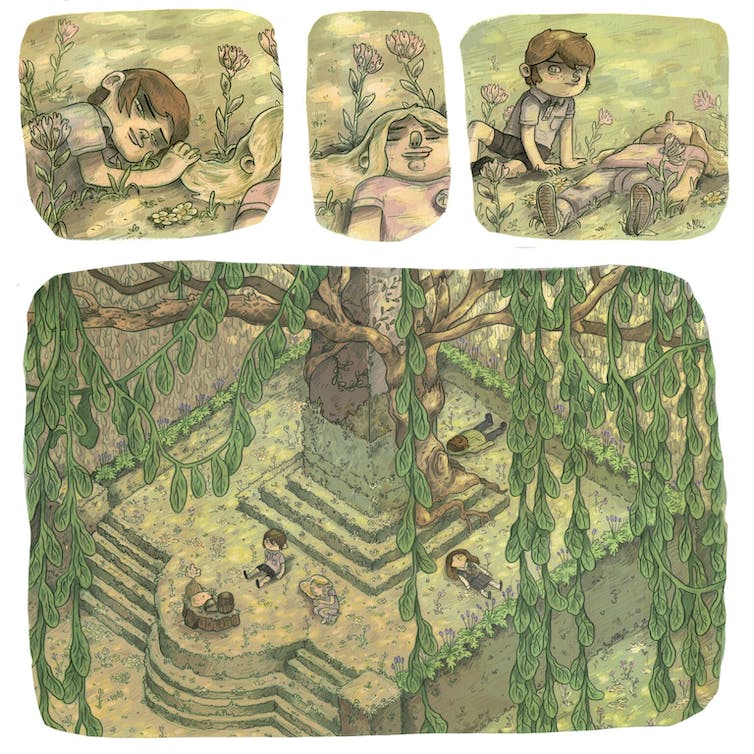 Sarah Catherine Firth’s visual essay explores how we understand the complex systems that exist in the world around us. Through autobiographical anecdotes and humour, it covers the history of scientific thought, unpacks complex ideas and helps provide answers to complicated questions.

You can read Making Sense of Complexity online here. 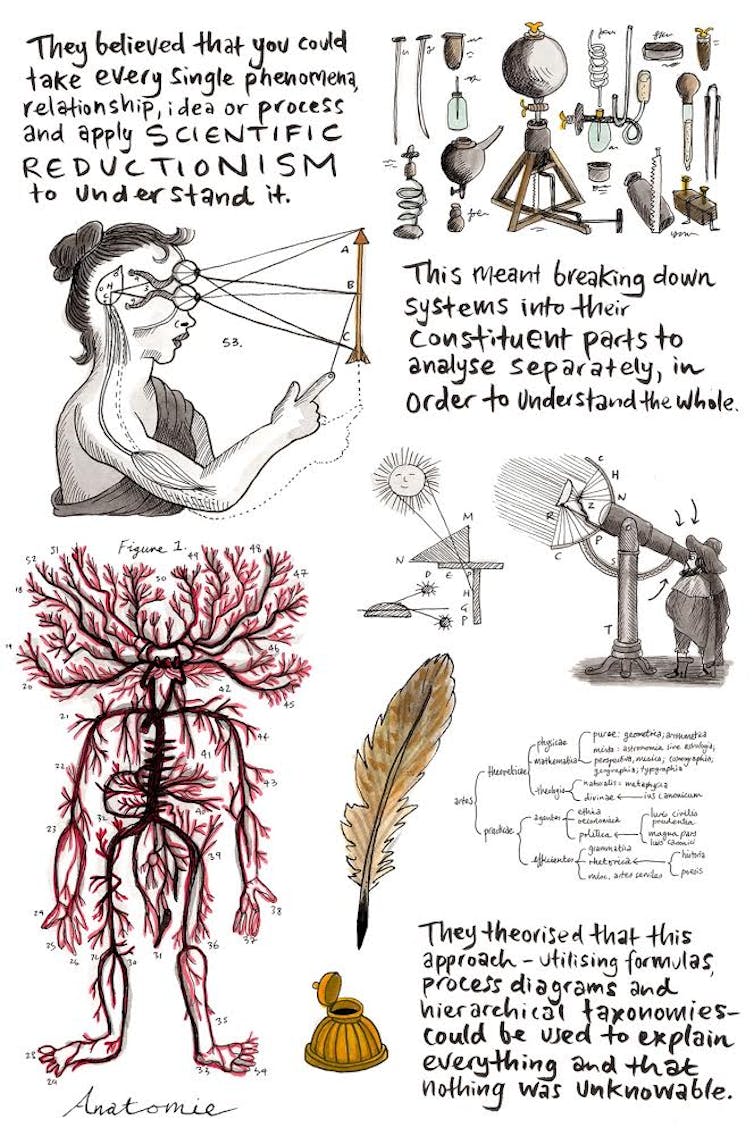 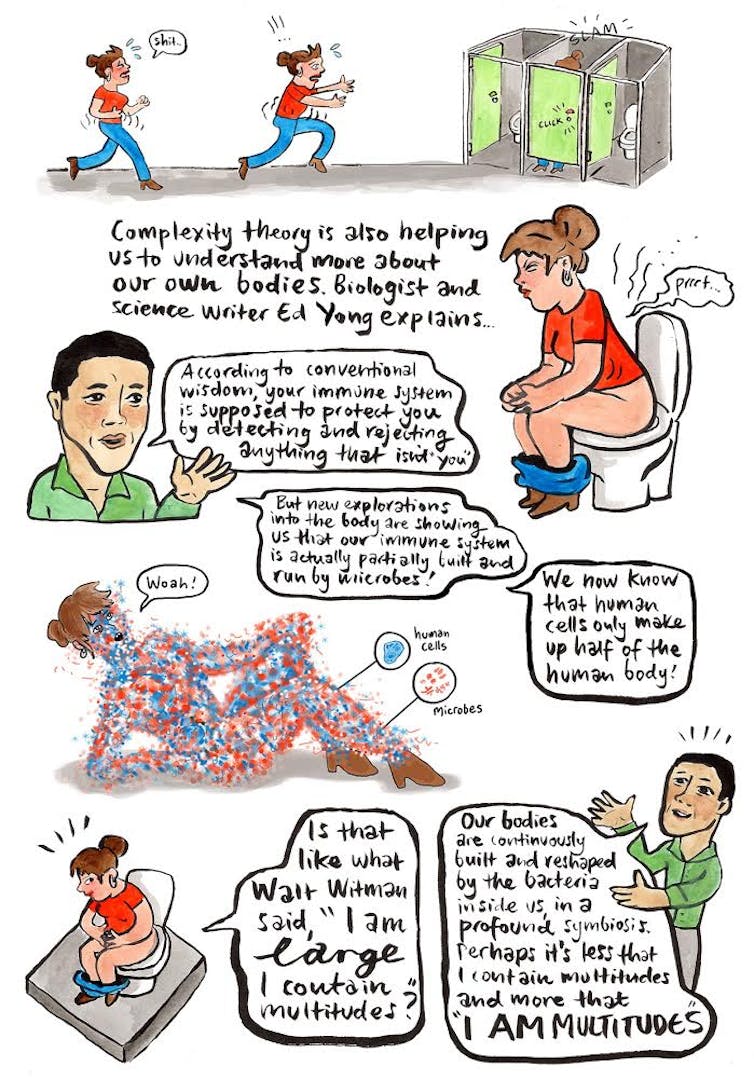 The blurb says The Lie is about how “after a chance encounter, two formerly close friends try to salvage whatever is left of their decaying relationship”. But it’s much more that. Visually, Tommi Parissh’s disproportioned characters dominate the spaces and the panels they inhabit, their uneven bodies reflecting their unease with themselves and their shared history. The Lie is a beautifully poignant tale of confused identities, self-centeredness and regret. 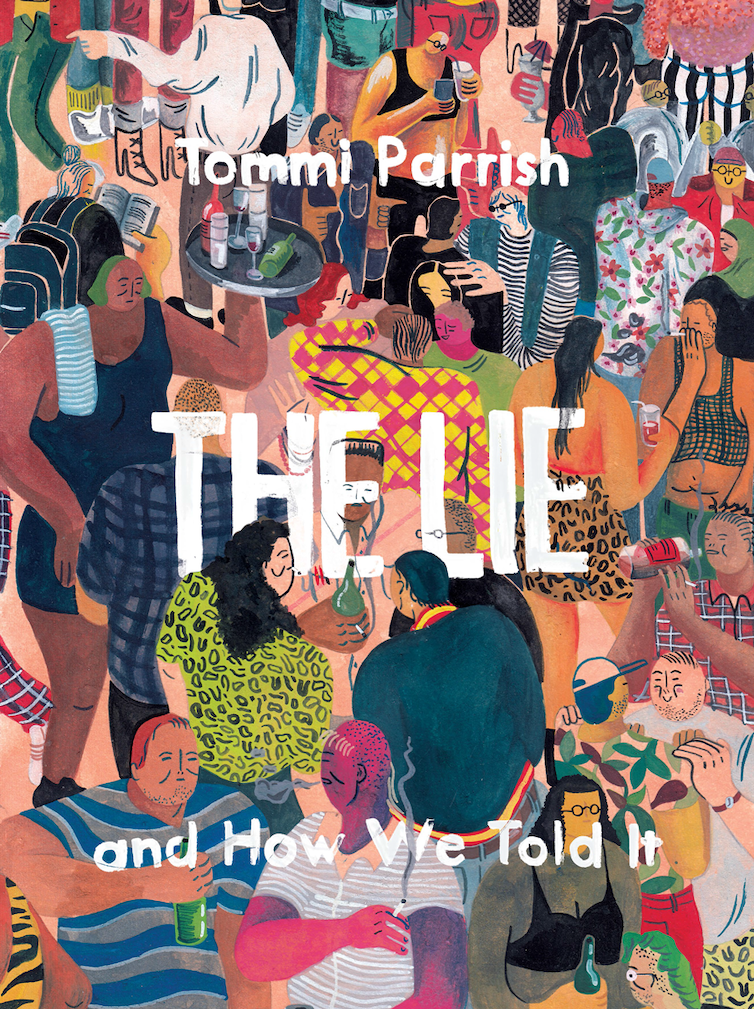 The Lie and How We Told It; cover page. 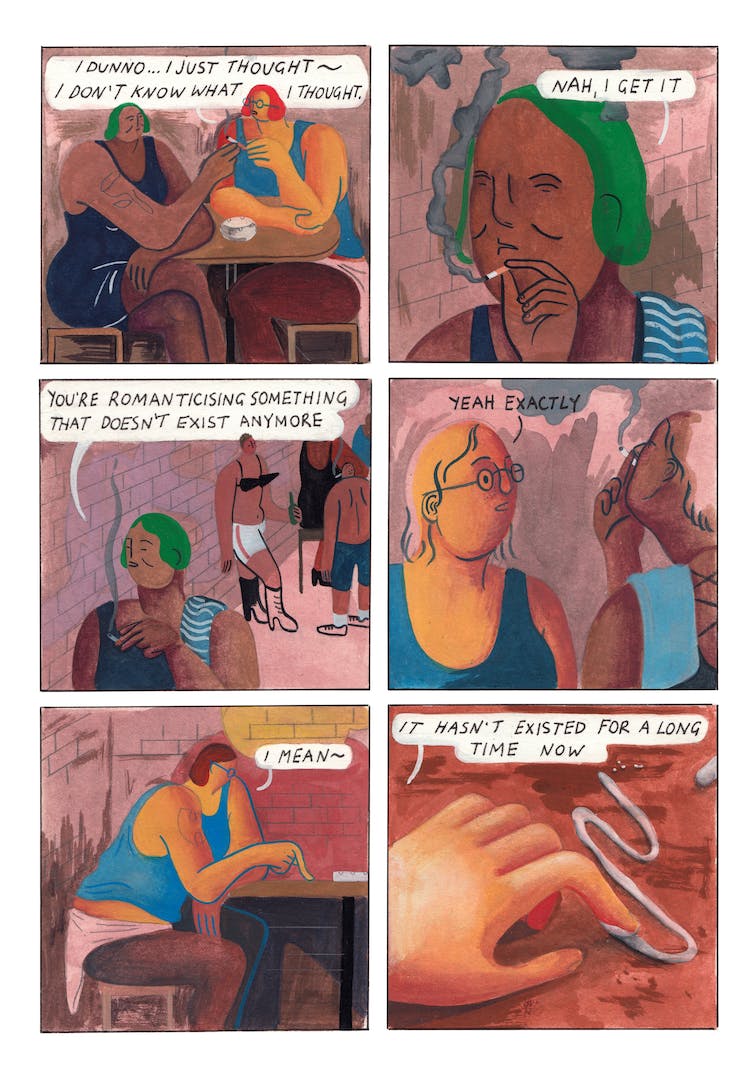 The Lie and How We Told It; inside page.

“Everyone sees the world in their own unique way.” That’s how Mirranda Burton introduces Steve, one of the intellectually impaired adults she teaches art to. But Hidden isn’t about how her subjects see the world. It’s about how Mirranda sees them - with care, respect and humour. Mirranda’s fictionalised stories reveal how engaging meaningfully with people can shift your perspectives in beautiful and unexpected ways. 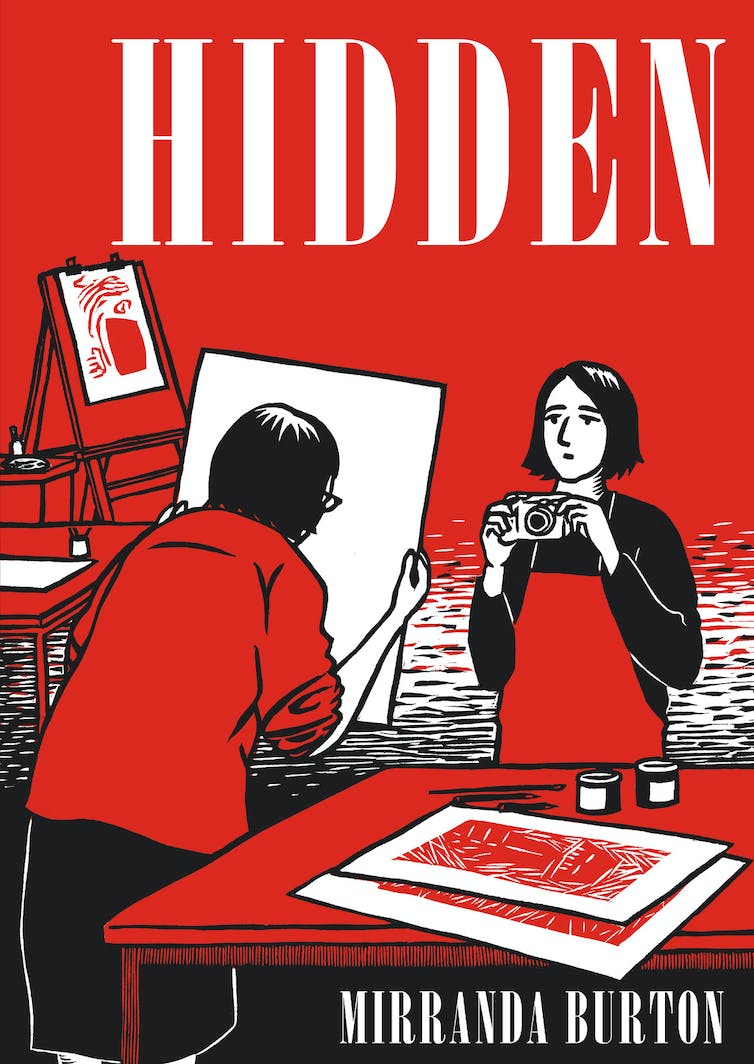 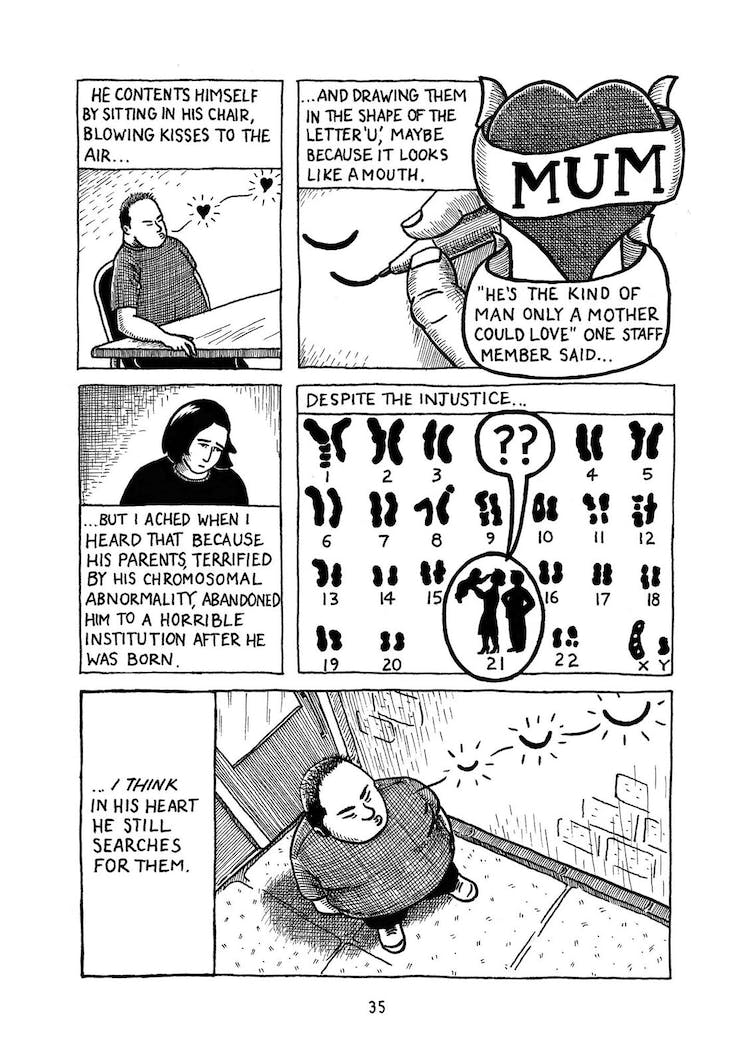 The Grot, by Pat Grant with colours by Fionn McCabe

If everyone you know is trying to get rich at everyone else’s expense, then who can you trust? In The Grot, the world is in the wake of an unnamed environmental catastrophe, technology and society have been reduced to simple mechanics, and everyone is rushing to Felter City to make their fortunes. With The Grot, Pat Grant and Fionn McCabe have created a stained and wondrously dilapidated alternative universe of Australian hustlers and grifters fighting to survive in a new Australian gold rush.

You can read The Grot online here. 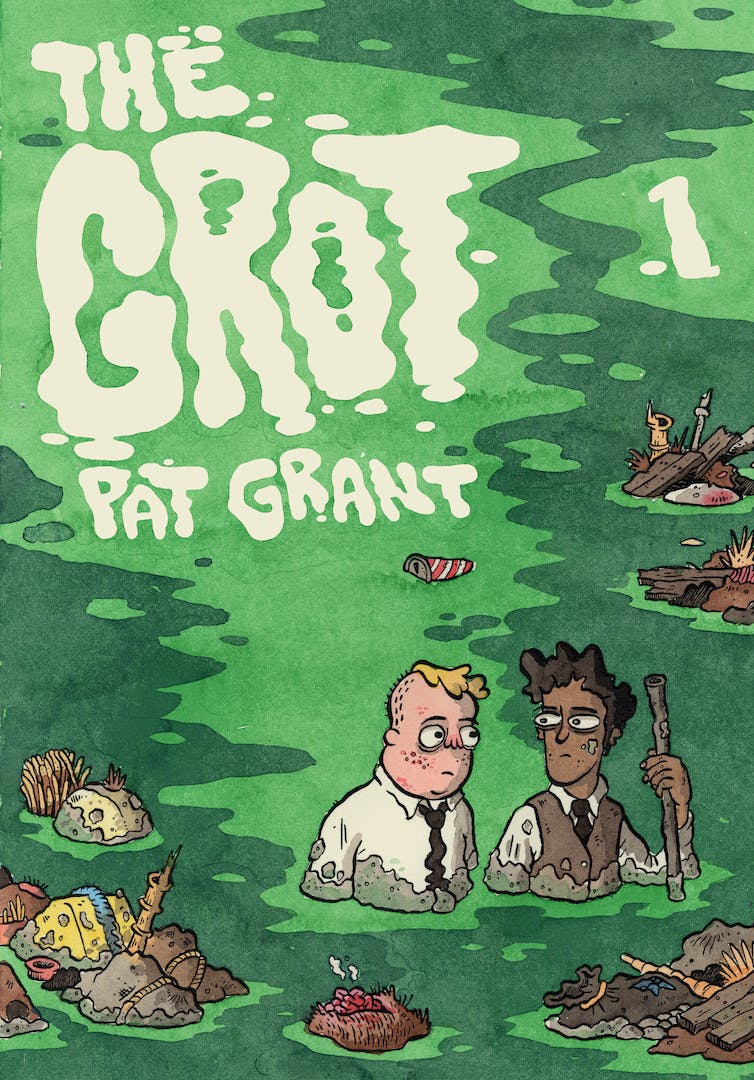 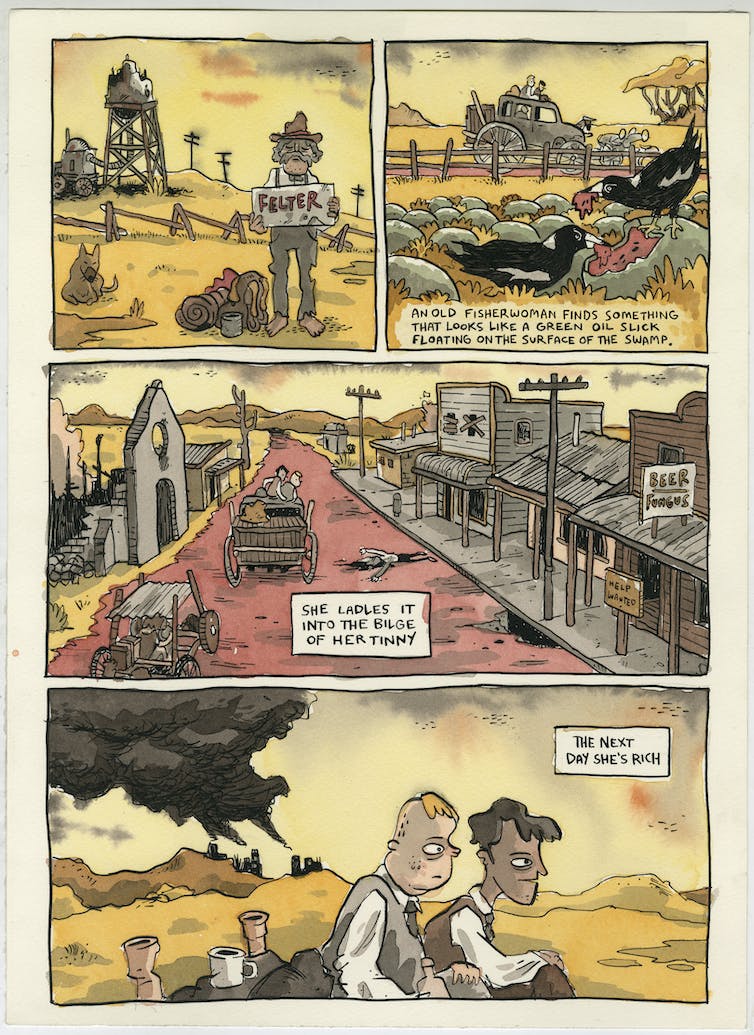 The Grot; inside page.

Sam Wallman’s comic essay So Below explores ideas of land ownership and its social and political ramifications. Sam’s poetic artwork guides the reader through complicated questions to reveal the communities impacted by the social construct of land ownership.

You can read So Below online here. 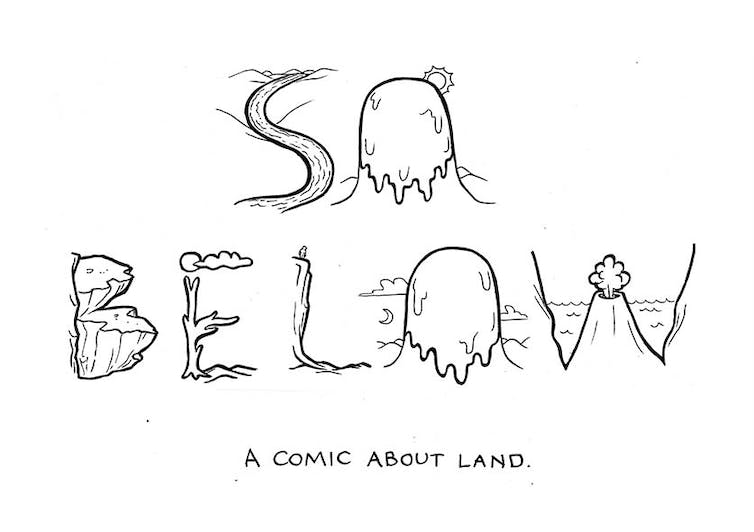 So Below; cover page. 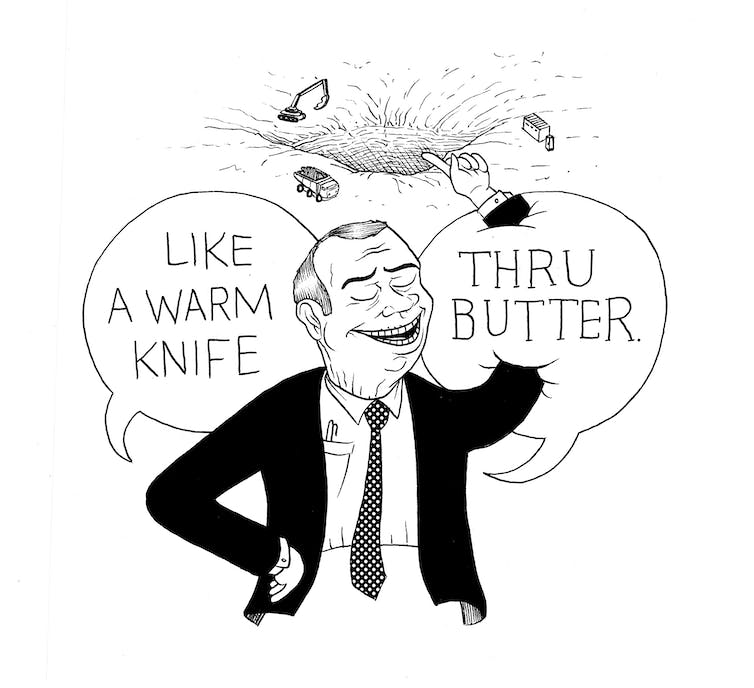 So Below; inside page.