Nearly one million people die every year from bacterial infections that cannot be treated with common antibiotics. This is frightening because right now we don’t have any alternatives to these antibiotics.

Antibiotic resistance occurs when bacteria change in a way that prevents the antibiotic from working. Changes in bacteria, known as resistance mechanisms, come in different forms and can be shared between different bacteria, spreading the problem.

Antibiotic resistance risks returning us to an age where even simple cuts and scrapes can become deadly. For a glimpse of what could be commonplace in our future, here are five of the scariest antibiotic resistant bacteria from the last five years.

Read more: We know _why_ bacteria become resistant to antibiotics, but _how_ does this actually happen?

This highly contagious bacterium causes typhoid fever, a life-threatening infection that affects about 21 million people around the world every year. About 1% of those affected, or 223,000 people, will die.

In November 2016, a strain of Salmonella typhi emerged in Pakistan. It was resistant to five antibiotics, leaving only one oral antibiotic (azithromycin) able to treat it. Since then there have been 858 reported cases of this infection, resulting in four deaths in just one Pakistani province.

Even more concerning is that this strain is now only one step away from being untreatable with all available antibiotics by finding another plasmid with the resistance genes for the last two classes of antibiotic that can kill it.

Mycobacterium tuberculosis is the world’s leading infectious killer, causing more than 1.7 million deaths every year. One of the reasons this bacteria is so deadly is its ability to hide inside our cells. This means that to treat tuberculosis infection, people are required to take four different antibiotics continuously for six months. 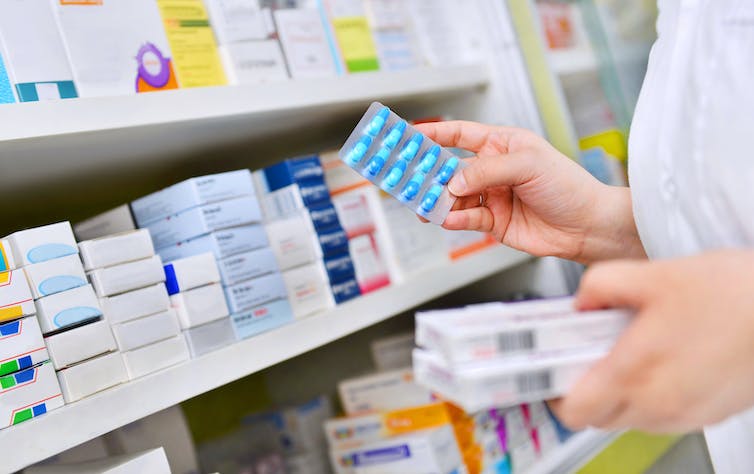 An increasing number of infections are becoming resistant to antibiotics. From shutterstock.com

It’s estimated up to 13% of all new tuberculosis cases are multidrug-resistant, with Europe, including Russia, seeing the highest number of these cases. This is alarming, as multidrug-resistant infections require treatment courses that are much longer (generally 18 to 24 months) and use antibiotics that are expensive and can be bad for the kidneys and other organs.

Klebsiella pneumoniae is a common bacterium found in the skin, intestines and soil. It causes a range of potentially deadly infections in people with compromised immune systems. As this bacterium is particularly prevalent in hospitals, it’s one of the most critical drug-resistant threats to public health.

In 2013 there were 8,000 reports of multidrug-resistant Klebsiella pneumoniae in the United States alone, with a death rate of 50% for people with bloodstream infections.

In 2016 a strain of Klebsiella pneumoniae was identified in the United States that was resistant to all 26 commonly available antibiotics (known as pandrug-resistant). The patient infected by this bacteria died due to a lack of alternative treatments.

This is not an isolated case; other bacteria are also becoming pandrug-resistant. 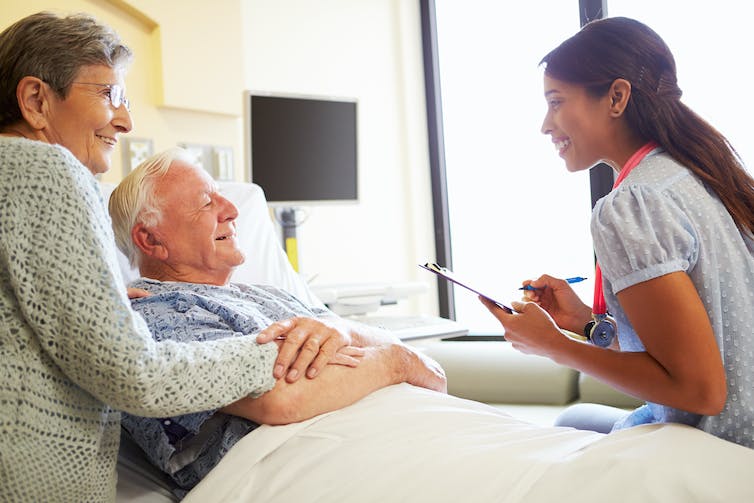 People with weaker immune systems are more susceptible to infection. From shutterstock.com

There are an estimated 78 million global cases of Neisseria gonorrhoeae, which causes gonorrhoea, a sexually transmitted infection affecting men and women. Although usually not deadly, serious and permanent health problems including infertility can result if the disease goes untreated.

Two of the first reported cases of this superbug were in Australia. This is cause for concern, as extensively drug-resistant Neisseria gonorrhoeae can spread quickly through a population if people have multiple partners. In rare cases, untreated gonorrhoea can enter the bloodstream, causing septic shock and death.

Read more: When the drugs don’t work: how we can turn the tide of antimicrobial resistance

Could future outbreaks be worse?

Yes. Bacteria have the ability to pass antibiotic resistance genes to other bacteria and can develop the resistance themselves. So it’s likely a bacteria resistant to all but one antibiotic will develop resistance to that final one over time.

The good news is we can reduce the likelihood of this happening if we use antibiotics appropriately and invest in the research and development of new antibiotics, vaccines and diagnostic tools.