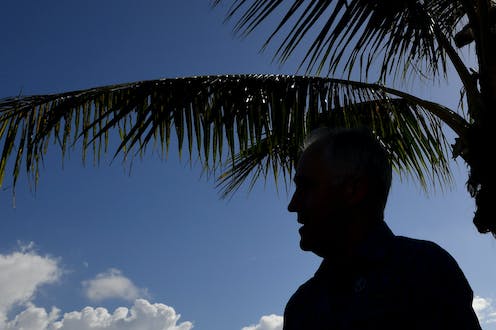 When the Pacific Islands Forum is held in Nauru from September 1, one of the main objectives will be signing a wide-ranging security agreement that covers everything from defence and law and order concerns to humanitarian assistance and disaster relief.

The key question heading into the forum is: can the agreement find a balance between the security priorities of Australia and New Zealand and the needs of the Pacific Island nations?

Even though new Prime Minister Scott Morrison is not attending the forum, sending Foreign Minister Marise Payne instead, the Biketawa Plus security agreement remains a key aim for Canberra.

The original Biketawa Declaration was developed as a response to the 2000 coup in Fiji. It has served Australia and the region well, providing a framework for collective action when political tensions and crises occur. However, in the face of rapid change, it looks narrow and dated.

Why act now? The rationale is clear. Much has happened to alter the security landscape in the Pacific since 2000. But despite the commentary in Australia, security in the Pacific is not all about geopolitics. While Australia may be most worried about China’s rising influence in the region, it would be a mistake to think this is the primary preoccupation of Pacific leaders, too.

A focus on climate change as a security issue

One key reason for updating Biketawa is to realign Australia’s security interests with those of Pacific Island countries that have grown more aware of their shared interests and confident in expressing them in international relations. This growing confidence is clear in the lobbying of Pacific nations for climate change action at the United Nations and in Fiji’s role as president of the UN’s COP23 climate talks.

In the absence of direct military threats, the Pacific Island nations are most concerned about security of a different kind. Key issues for the region are sustainable growth along a “blue-green” model, climate change (especially the increasing frequency and intensity of natural disasters and rising sea levels), illegal fishing and over-fishing, non-communicable diseases (NCDs), transnational crime, money laundering and human trafficking.

Read more: Pacific pariah: how Australia’s love of coal has left it out in the diplomatic cold

Some of these security issues can be addressed by redirecting more Australian military forces to the region. Indeed, “disaster diplomacy” has been an effective method of connecting Australia’s security interests with those of Pacific Island nations in the past.

However, other priorities for the Pacific seem to run counter to Australia’s current policies toward the region. For example, the Pacific’s sustainable “blue-green” development agenda seems incompatible with an export-oriented growth model that is often touted by Australia as an “aid for trade” solution to Pacific “problems”.

Climate change adaptation and mitigation must also be elevated to the top of the agenda in Australia’s relations with the region. It is the most pressing problem in the Pacific, but for political and economic reasons, it hasn’t resonated to the same extent with Canberra.

In fact, Australia has recently been identified as the worst-performing country in the world on climate action. This has not gone unnoticed in the Pacific. Fiji’s prime minister, in particular, has been clear in highlighting that Australia’s “selfish” stance on climate change undermines its credibility in the region.

These shifting priorities in the Pacific present a greater challenge for Australia, especially now that there are more players in the region, such as China, Russia and Indonesia. Australia may see these “outsiders” as potential threats, but Pacific nations are just as likely to view them as alternative development partners able to provide opportunities.

New Coalition team on the Pacific

Making matters even trickier is the leadership shake-up in Canberra. What’s perhaps most problematic is Julie Bishop’s departure as foreign minister. Bishop did more to engage with Pacific countries than any foreign minister in recent memory. The [2017 Foreign Policy White Paper], for example, prioritised increased Pacific engagement and led to the region receiving the lion’s share of Australia’s latest aid budget.

Payne will attend the Pacific Islands Forum on her first overseas visit as foreign minister. As the former defence minister, she lobbied for Australia to be seen as a “security partner of choice” in the Pacific. What remains to be seen is whether she can maintain the momentum on Biketawa Plus.

So the challenge for the new Coalition leadership is to find a way to push through a new Pacific security agreement that caters to both Australia’s security concerns about Chinese influence in the region and the Pacific Island countries’ focus on climate change and sustainable growth.

There are lessons that can be drawn from the decade-long negotiations between Australia, New Zealand and the Pacific Island nations over the Pacer Plus free-trade agreement, which was finally signed last year (without the region’s two largest economies, Papua New Guinea and Fiji). Australia must not underestimate the diplomatic skills of Pacific leaders or offer benefits that are perceived as being more attractive to it than the Pacific states.

Australia must also avoid allowing the leadership spill to impact its Pacific agenda at this sensitive time. Bishop’s focus on labour mobility between the Pacific islands and Australia has been most welcome, but there can be no authentic engagement with the region without addressing climate insecurity as well.