The rise of the radical right-wing movement in the US has become closely linked to Donald Trump’s presidency and the mainstreaming of ideas about race that were not so long ago found only on the furthest fringes of society.

David Neiwert’s new book, Alt-America: The Rise of the Radical Right in the Age of Trump, charts the key political and social moments that have shaped these movements. He has spent more than two decades immersing himself in the strange, disturbing world of radical right-wing groups in the US, which are characterised by conspiracy theories unhinged from reality and a growing tendency to espouse violence against liberals as a solution to the world’s problems. 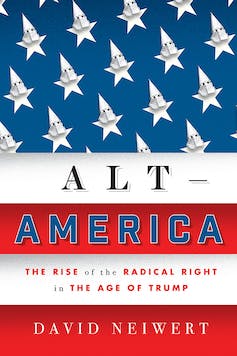 Alt-America: The Rise of the Radical Right in the Age of Trump. Verso Books

While many of the ideas championed by these groups are similar those propagated by the Ku Klux Klan of the past, the new radical right-wing groups have benefited from the internet and social media. This allows them to easily communicate their perceived grievances to a new generation of followers, predominantly young men.

In some ways, this provides for a degree of anonymity, as well. Some of the more violent, racist and often misogynist views are promulgated by these groups online with little personal social cost.

What is most concerning, and what Neiwert demonstrates in detail throughout the book, is the way in which the mainstream news media, in particular Fox News, has become a forum for mainstreaming some of these ideas about racial superiority, fuelling political division and partisanship.

With the election of Trump, these once marginalised groups now have a clear figurehead – one who promotes their wild, and sometimes dangerous, conspiracy theories to the world.

Neiwert’s book delves deep into the anxieties these people feel about their status in a changing and complex world. Issues like immigration, changing race relations, women’s rights and economic stagnation have all fuelled a desire to find someone to blame. When this is mixed with a pervasive gun culture, the result is a highly volatile mix of anger, paranoia and violence. 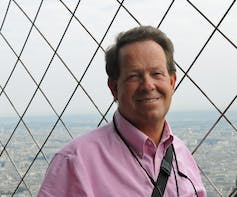 The consequences have been deeply disturbing. Political rallies that end in frenzied screams of “lock her up”, alt-right rallies that result in death, and the growing toll of mass shootings that are disproportionately carried out by offenders influenced by the alt-right are a sign that something fundamentally twisted and nasty is colonising mainstream American politics.

David Neiwert is appearing at the Word Christchurch Festival on Thursday, 30 August; the Antitode Festival in Sydney on Sunday, 2 September; and the Brisbane Writers Festival on Saturday, 8 September.

Booksellers, the alt-right and Milos Yiannopolous

The seeds of the alt-right, America’s emergent, right-wing populist movement