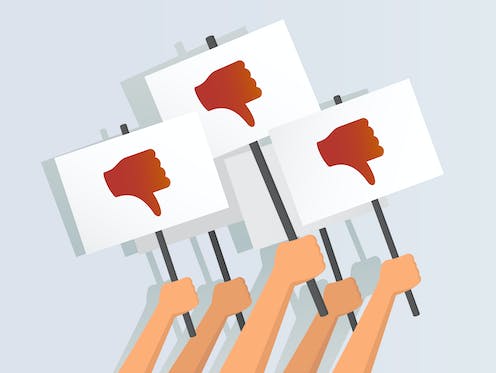 When it comes to the tech giant Google, secret plans to launch a new search service in China prompted a furious reaction from more than 1,400 of the company’s employees.

They are reacting to news, revealed earlier this month by The Intercept, that Google is developing a new censored search engine in China, codenamed “Dragonfly”.

Read more: Hackers cause most data breaches, but accidents by normal people aren't far behind

In the letter, staff demand more transparency and oversight into such decisions, and question whether the project meets Google’s recently announced ethical principles for AI.

They are asking for a “Code Yellow” to address ethics and transparency at Google. This is a standardised and transparent process used in engineering to tackle problems that span multiple groups.

Google search has been available to Chinese users before, but to keep the site open, Google self-censored results that the Chinese government didn’t want its citizens to see.

That changed after sophisticated cyber attacks began to be directed at Google’s servers in 2009. Google decided that the cost of doing business in China was too high, and stopped censoring the search results.

Google now appears to have changed its mind and decided that it will pay the price to do business in China.

The secret Project Dragonfly has been under development since early last year, but was accelerated after a meeting at the end of 2017 between Google’s chief executive Sundar Pichai and a top Chinese government official.

The new search engine is planned to be launched within nine months, pending approval from Chinese officials. (It may be a coincidence, but Dragonfly is also the name of the 240ft superyacht owned by Google co-founder Sergey Brin.)

This isn’t the first time employees of tech companies have raised ethical concerns about the impact of their work.

Workers at Microsoft, Amazon and Salesforce have also called on their management to cancel controversial contracts with US agencies such as Immigration and Customs Enforcement, and Customs and Border Protection.

Even Google has faced criticism from staff before. Earlier this year, employees’ concerns were raised about the company’s involvement in Project Maven. The episode prompted Google to announce its ethical principles for AI.

It’s not just employees who are speaking out. Customers, investors, journalists, human rights activists and regulators are all raising ethical concerns about the actions of the technology companies. Even comedians are getting in on the act.

The six largest companies in the world today by market capitalisation are all technology companies. This has given them immense power over our lives.

For instance, recent events show that tech giants have the potential to shape elections.

With this immense power comes immense responsibility. But why are so many of their employees, their customers, their investors and their regulators concerned about the ethics of their behaviour?

There is probably not a simple, single answer, but a lack of transparency is not helping.

Google, for instance, announced some thoughtful principles to guide its use of AI. But it hasn’t been more open in how these are applied. Who, for instance, sits on its ethics board? What decisions have they blocked? It’s not enough to be ethical. You have to be seen to be ethical.

The preferential share structures set up by many tech companies also don’t help. Mark Zuckerberg owns fewer than 20% of Facebook’s shares but has nearly 60% of the voting power.

Read more: Taking on big tech: where does Australia stand?

Similarly Larry Page, Sergey Brin and Eric Schmidt own a minority of shares in Google’s parent company Alphabet, but control more than 60% of the voting power. The founders of both companies can pretty much do as they wish.

It may be time then to reconsider the modern corporation. The public limited company was an invention of the industrial revolution, designed to let the new industrialists take risks and exploit the steam engine and electricity for the benefit of society as a whole.

Perhaps we need a new, more responsive, more inclusive type of corporation. One that lets entrepreneurs exploit new digital technologies, but holds them to account within the wider society in which they act.