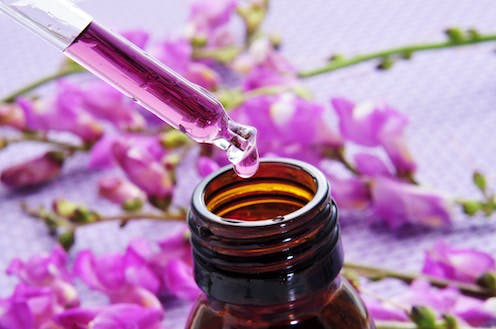 Bach's remedies come from his personal connection to flowers.from www.shutterstock.com

Bach flower remedies, which you may know as “rescue remedy”, were created in the 1930s by the English physician Edward Bach. He produced 38 remedies for a variety of emotional states such as “for those who have fear”, “for...

Bach flower remedies, which you may know as “rescue remedy”, were created in the 1930s by the English physician Edward Bach. He produced 38 remedies for a variety of emotional states such as “for those who have fear”, “for insufficient interest in present circumstances” and “for despondency or despair”.

Bach’s therapeutic claims were supposedly based on his personal connection to flowers. He is said to have determined the therapeutic benefit of a particular remedy by the emotion he experienced while holding different flowers.

The remedies were prepared by floating the cut flower heads in pure spring water and leaving them in the sun, or boiling them, for a few hours. The resulting dilute stock was kept as a 50:50 solution of brandy and water for decanting to his patients as required.

Eighty years on, Australian companies such as Brauer and Martin & Pleasance promote these remedies for managing the emotional demands of life.

The recommended dose is four drops (0.2 ml) on the tongue, providing about 5 micrograms of each flower extract. The rationale for the therapeutic effects of such small doses is that the energy from the living flower is transmitted into the water while the tincture is being made.

A review of studies evaluating the evidence for claims made by Bach flower remedies was published in 2010. All six placebo-controlled trials failed to demonstrate any differences between flower remedies and placebos.

The Bach rescue remedy is listed as a medicine on the Therapeutic Goods Administration’s (TGA) Australian Register of Therapeutic Goods (although many other Bach flower remedies are not). The listing states it contains “homeopathic ingredients” that have been “traditionally used to relieve feelings of anxiety, nervous tension, stress, agitation or despair and provide a sense of focus and calm”.

Listed medicines are allowed to make “low level” health claims and, although they are meant to hold information to substantiate their claims, unlike registered medicines, they’re not required to produce the evidence prior to marketing. Listed medicines are assessed by the TGA for quality and safety, but not efficacy.

The TGA also accepts “traditional” evidence (use for over 75 years) to support claims. However, to ensure advertising remains truthful, valid and not misleading, medicines invoking traditional claims are recommended to include a statement that the product has no backing scientific evidence. No such warning exists on the flower remedy products, despite the lack of scientific evidence.

So if a drop of something on your tongue that tastes pleasant allows you to stop and relax for a second, then you might find rescue remedy works for you. But there’s no scientific evidence for the formulation so you (and your hip pocket) might be better off sipping a nice, warm cup of tea.

Read more: Science or Snake Oil: can a detox actually cleanse your liver?