Australian icon Barry Humphries has been widely criticised for again making anti-trans statements. In an interview, Humphries said that being transgender is “a fashion — how many different kinds of lavatory can you have? And it’s pretty evil when it’s preached to children by crazy teachers.”

Many people find Humphries’ transphobia confusing because he is most famous for playing drag character Dame Edna Everage. His comments are indeed harmful, but Humphries portraying a female character is completely separate from matters of transgender identification.

Recently Hollywood star Scarlett Johannson withdrew from a film in which she was to play a trans man due to backlash against the role not being given to a transgender actor. Transgender celebrities such as Caitlyn Jenner have helped bring the subject of transgender into everyday discussions. Nevertheless, there is still a lot of misunderstanding about what being transgender means and how it relates to drag.

For instance in Celebrity Big Brother UK this year, which featured Australian drag queen Courtney Act and British journalist and trans woman India Willoughby, the latter said she dislikes drag queens. This led to many vexed conversations about the relationship between transgender people and drag.

Put simply, “transgender” refers to a personal gender identity and an authentic, lasting sense of self. In contrast, “drag” is a temporary and deliberate performance of gender.

Transgender people exist across cultures and continents, and have appeared throughout human history - though the words we currently use to describe them are relatively new. 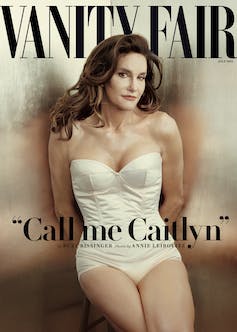 Although drag shows onstage have long been a popular form of entertainment, drag has recently become more prominent. This increased awareness is largely due to the worldwide success of the US reality TV show Rupaul’s Drag Race in which drag queens compete to be crowned a “drag superstar”. This show has infiltrated popular culture and raised drag’s public profile.

Read more: RuPaul's Drag Race is still figuring out how to handle gender and race

Drag is most commonly associated with gay men dressing up and embodying a “larger-than-life” female persona. Drag queens are flamboyant and this form of drag often involves sequins and feathers but it can also be sleek and edgy.

For drag queens, their drag persona can be an important part of their own identity as a gay man (this does not mean they are transgender). Similarly, women also perform drag as drag kings. Drag kings dress as men and take on male personas, often wearing facial hair, adopting masculine mannerisms and a deep voice. 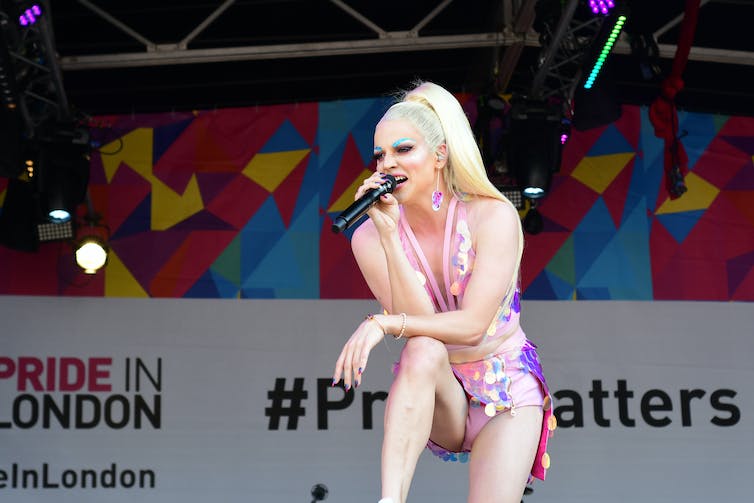 Drag shows have a lengthy history and are a lively and important part of gay culture. In LGBTQ+ contexts, drag is used as a way to explore gender. It is often understood as breaking down of the limitations of masculinity and femininity.

The term drag is also used to describe straight men donning women’s clothing for the sake of comedy. Barry Humphries undertakes this form of drag when playing Dame Edna. Often this type of drag is a satire of women rather than an exploration of gender itself. It therefore stands apart from LGBTQ+ drag. Nevertheless, the cultural effects of drag always depend on its context.

Many transgender people have no interest in drag whatsoever. Some transgender people - such as India Willoughby - even dislike drag because they feel it wrongly implies being transgender is just about “dressing up” when really it is about living an authentic gender identity.

However, there are still connections between transgender lives and LGBTQ+ drag. Many transgender people love drag and some perform it regularly. Taking on a drag persona can also be a stage in a transgender person’s gender transition.

For example, transgender celebrity Carmen Carerra identified as a gay man and was a popular drag queen contestant on RuPaul’s Drag Race. After appearing on the show she began a gender transition and now identifies as a woman - she is a trans woman.

All transgender people are individuals. Being transgender and doing drag will remain distinct. Yet as awareness of transgender identities and drag culture continues to grow, so will the acceptance and understanding of LGBTQ+ people in our society.