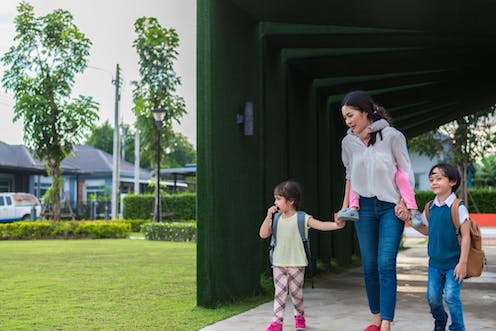 This week sees the introduction of the federal government’s new Child Care package. In a media release, Education Minister Simon Birmingham said this subsidy system would provide more child care support for the families who needed it most, including families living in vulnerable circumstances.

But while child care policies over the past decade have improved child care accessibility and quality, families in vulnerable circumstances are still left behind. And allowing for-profit services to be the majority seems to be part of the problem.

Access has improved, but SES is still a big factor

The package follows other policies introduced by governments over the past decade that have sought to improve outcomes for children from disadvantaged backgrounds by facilitating greater access to quality child care.

What hasn’t changed in childcare is big business. Since the 1990s, both major parties have supported a shift away from not-for-profit to for-profit services.

Today, almost two-thirds of the 7,409 long day care centres registered with Australia’s quality authority are for-profit. Unlike private schools, for-profit providers do not have to reinvest profits back into the service to be eligible for government funding.

Within this market system, parents are considered to be consumers with choice. So, for example, the National Quality Framework policy is intended to help parents make informed choices based on publicly available quality ratings. And now, through the Child Care Package, parents are said to have more choice to participate in the workforce while their children are in childcare.

Children from the highest level of socioeconomic disadvantage attend preschool programs in the year before school at rates lower than their representation in the population. Children aged four to five years living in areas of highest disadvantage are the most likely group to be enrolled in a preschool program for less than ten hours per week.

Many Indigenous children do not attend a preschool program for even 15 hours per week. This inequitable access can be partly explained by there being fewer child care services in low socioeconomic areas than in high socioeconomic areas.

Centres in most disadvantaged areas don’t measure up

The for-profit sector also has a history of not meeting quality standards and arguing against regulation standards that would improve quality.

And what about affordability?

The introduction of the new Child Care Package is another example of childcare policy that, within a market system, will not just be limited in its benefits for disadvantaged families, but is likely to see them worse off.

The Activity Test makes higher subsidies available to parents in regular work or other approved activity. While families on incomes of A$66,958 or less who don’t meet the Activity Test can access a subsidy, this is limited to 24 hours of subsidised care per fortnight.

This entitlement of only 12 hours a week is half of what families currently get. Children’s access to quality childcare is, more than ever, dependent on whether the government views their parents as deserving or not.

Read more: How are we doing on early childhood education and care? Good, but there's more to do

Complex Safety Net eligibility requirements are a potential barrier for already disadvantaged families’ access to quality childcare. Economic modelling also points to an anticipated decrease in participation for Aboriginal and Torres Strait Islander families, and the potential for services that specifically cater for these families to close.

The fact subsidy rates are a proportion of a set hourly fee cap (so, A$11.77 for long day care) is also a problem. With fees not regulated, the pattern of fees increasing (and increasing above the fee cap) seems likely to continue.

More than one in five children are behind in at least one developmental area when they start school. Not surprisingly, the figures are worse for children living in areas of disadvantage.

Policy needs to continue improving outcomes for these children. But this is unlikely to happen as long as governments leave accessible, quality and affordable childcare to the market.