Many remedies have been put in place to cope with population increase – one of which is encouraging more people to commute using bicycles. After the operator of bike-sharing scheme oBike recently made the call to leave Melbourne, Fairfax columnist Matt Holden wrote:

It’s a shame really. Our roads are jammed with single-occupant cars and our public transport system is bursting at the seams: Melbourne is crying out for innovative solutions to the problem of moving people around. The oBikes could have been one of them; but it seems neither we, nor the company, were ready.

Urban planners might hope, when adopting a bike-sharing scheme, that cycling will replace (at least some) car-based commuting in their city. If a bicycle is made available for rent nearby, people may change their travel habits.

But research shows only a minority of share-bike users switch over from cars. So who, then, is likely to use share bikes and for what purposes?

The most comprehensive and up-to-date review of studies in this area was conducted in the UK in 2015. The author, Dr Miriam Ricci, reviewed more than 30 studies, mostly in Western Europe, United States, Canada, Australia and China.

Female bike-share users are more safety-conscious. As with regular cycling, they typically avoid wide roads and prefer to ride along segregated cycle paths and in areas with calmer traffic. Women users are also more likely to cycle recreationally in groups, especially in the late evening. 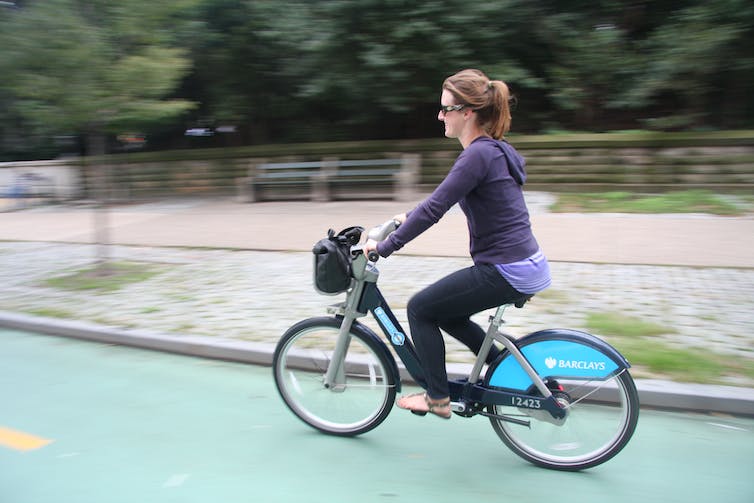 And, as in regular cycling, bike-sharing participation patterns are socioeconomically unequal. They are reinforced by the requirement users have a debit or credit card and by the geographical coverage of stations. These tend to be concentrated in CBDs and other affluent areas, or near transport hubs and universities.

But studies show residents of less wealthy neighbourhoods do use bike sharing when it’s available in their areas.

Convenience emerges as the key motivator – consistently across studies – for those who use share bikes. Simply living near a docking station leads to higher use of share bikes. Other reasons people use them include health and fitness, travel time savings, enjoyment and financial savings.

Some users prefer bike sharing to bike ownership due to concerns about bicycle theft, maintenance and storage – for example, if they live in small apartments, as in China or continental Europe. A few join merely because they like the design and image of the bicycles in their local scheme. 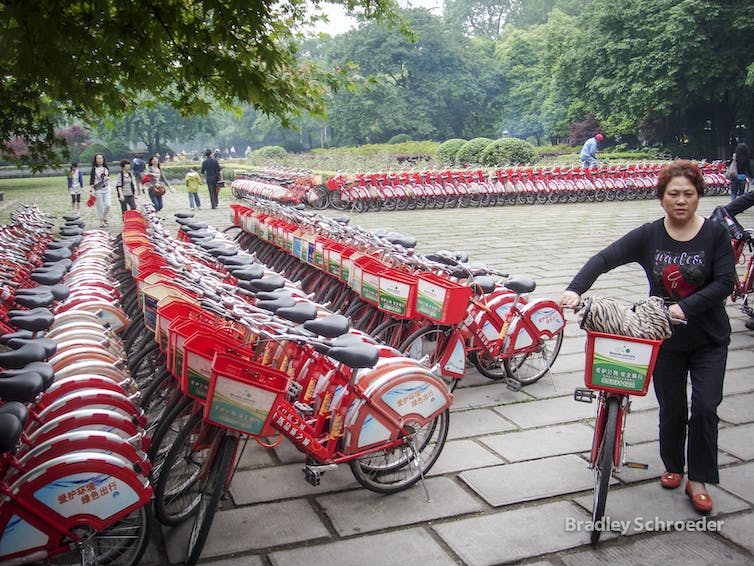 Work-related purposes dominate bike-sharing use everywhere. Annual members, in particular, tend to use share bikes for weekday commutes. Casual users are more likely to rent a bicycle for recreation during weekends.

Men are more likely to use bike sharing to commute. Recreational journeys over weekends and in parks are more common among female members. As expected, commuting dominates during peak times while non-work purposes (chiefly leisure) are more prevalent outside the peaks.

Potential users in Australian cities point to barriers such as:

Helmets, in particular, are seen as a nuisance which curtails spontaneous journeys. These are major impediments to cycling in Australian cities in general.

So, does bike sharing replace driving?

The archetypal user of share bikes is likely to be a cyclist anyway, which means bike sharing isn’t leading to many abandoning driving.

In Australia, though, people switch from driving to bike sharing more often than in other places. For instance, 19% of Melbourne’s bike-share users switched over from cars, while the figure is 21% for Brisbane users of CityCycle. It’s only 2% in London and Montreal.

It might be that, in heavily car-dependent cities, like the Australian state capitals, there is more pent-up demand for alternatives to driving than in cities that already exhibited sustainable travel patterns before bike sharing was introduced.

But it’s worth noting that in many cities bike sharing does replace walking and public transport use. For example, in Melbourne and Brisbane, about 40-45% of bike-share users have switched from using public transport, and about 20-25% from walking.

This is especially the case in dense inner-city environments – where most stations are located. Here, bus and rail are used less because bike sharing offers lower cost, faster travel and an opportunity to incorporate physical exercise into one’s commute. 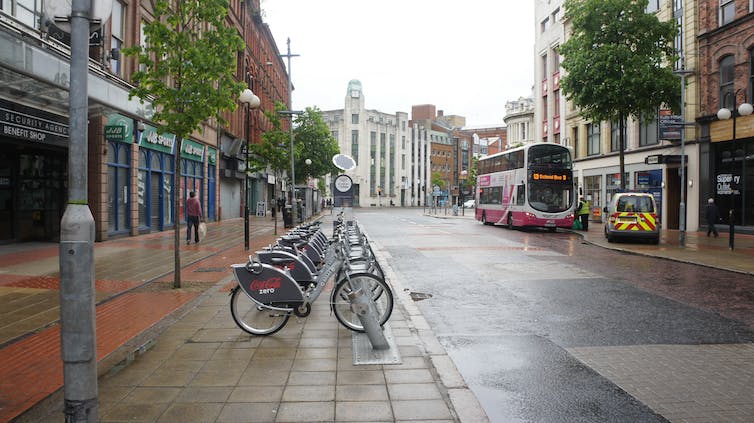 Having docking stations near public transport nodes may increases bus or train use. William Murphy/Flickr, CC BY

But in some cases bus or rail use increases after the adoption of a bike-sharing scheme that provides better access to stations – especially in the urban periphery of sprawling North American cities.

This suggests that strategically marketing bike sharing in satellite towns and suburbs connected by rail to a central city or CBD could increase participation and support bicycle-rail integration.

Read more: Rail access improves liveability, but all regional centres are not equal

While modestly reducing driving and taking away some passengers from buses, trains and trams, bike sharing helps increase bicycle use in a city (either personal or shared). It also raises drivers’ awareness of cyclists on the road, which helps to make urban cycling safer.

As a highly visible mode of transport, and generally one with a positive image, it promotes and normalises cycling behaviour for all.