The implications of climate change risks for corporate stakeholders are often poorly understood. Possibly least understood within this group is the role of those with financial expertise. We investigated and have produced a working paper on factors that influence accountants’ involvement in managing climate change risk in Australia.

Companies have been under greater pressure to disclose their exposure to risks of climate change since the 2014 G20 meeting in Australia. This created the Taskforce on Climate Change-Related Financial Risk Disclosure (TCFD. Its recommended disclosures were issued in June 2017.

In a speech this month, Australian Securities and Investments Commissioner John Price reinforced these recommendations. He made clear climate risk is an ASIC priority. Directors who fail to properly consider and disclose climate risks could face lawsuits, he warned.

Read more: Company directors can be held legally liable for ignoring the risks from climate change

So where do accountants come into this?

It can be argued that those with financial expertise, such as accountants, have the tools to provide crucial information to management on potential risks embedded in climate change.

Previous research found accountants had a limited role in assessing climate change risk. However, our comparative study reveals shifts in climate management towards those with financial expertise. 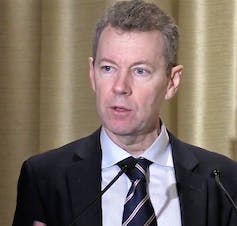 ASIC commissioner John Price’s warning that directors must consider climate risks is a pointer to accountants’ role in quantifying those risks. Lisa Creffield/Youtube

A principal conclusion from our research is that, together with engineers and other technical experts on climate change, those with financial expertise are significantly more intertwined in assessing and mitigating the risk than before.

The study involved semi-structured interviews with managers directly involved in emissions management for some of the largest Australian companies. These took place before and after the 2014 repeal of the carbon tax. In 2013, we interviewed 39 managers across 18 companies. In 2016 it was 14 managers and 11 companies.

The key finding from the 2013 interviews was that engineers and environmental specialists dominated emissions management. Those with financial expertise had minimal involvement. Many interviewees claimed that, because of the complexity and technicalities, only professionals with engineering or environmental science backgrounds had the relevant expertise:

Because it’s quite a technical thing … it’s not just a number. You need to understand what’s behind the number, and why it’s there.

Importantly, in that period, one financial professional leading a team in the field asserted that accountants, as risk management experts, could bring significant value to their companies:

I think that accountants have a lot of credibility … because when it comes to emissions … I think I can put forward the business case of why it’s important … I think, that means … it’s better received within the company than if I was … an engineer or an environmental scientist.

Both financial and non-financial experts shared this view. One sustainability professional explained how a limited financial understanding leads to an inability to appropriately use techniques common in finance, such as target setting and performance evaluation.

Well, I think if you had the accounting knowledge … it [the target] would be far more accurate, and probably a lot higher than what we’ve set. 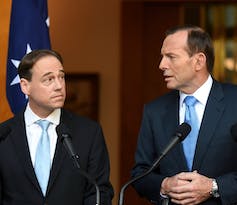 With our commitment to the Paris climate agreement, one might have expected companies to more urgently reduce emissions. In general, though, the second round of interviews reveals that companies’ emissions management (and momentum towards urgent action) has significantly diminished.

Read more: Direct Action not as motivating as carbon tax say some of Australia's biggest emitters

However, the involvement of those with financial expertise in climate change risk management has increased. Many viewed this as positive and potentially useful for boardrooms.

Whether it was the carbon tax that brought finance team attention, or organisational learning, more recent interviews found evidence of greater acceptance of climate change as a financial (and other) material risk. The ASIC commissioner’s speech advocating TCFD-type disclosures suggests the issue is not merely one of eco-efficiency, but one of commercial substance of relevance to company directors.

From the interview data, one possible explanation for increased collaboration between technical and financial expertise is greater acceptance of climate change issues as material risks to companies:

The best way to present … climate-related information to … management … is in the risk-management process [including] … in terms of reputational risk, commercial risk, strategic risk … it’s all risk.

Barriers to collaboration between technical and financial experts still exist. These include geographic co-location and some accountants being unable to step outside traditional roles.

With regulators’ increased interest in measurement and disclosure of climate change risk, the landscape is changing again. We anticipate better integration of the assessment and mitigation of climate change risk with strengthened expertise being brought to bear. This includes greater involvement from the technical expert on the ground through to the boardroom.