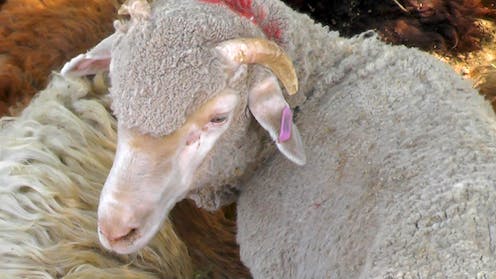 The live sheep trade has been dealt a massive blow, with the government suspending the export licence of Emanuel Exports, the biggest exporter and the company responsible for the 2017 Awassi Express shipment that triggered the furore around the industry.

The Agriculture Department announced late Friday that the licence would remain suspended “pending a full review of the company’s response to a show-cause notice” as to why its licence should not be cancelled. It did not name Emanuel in its statement.

Emanuel has by far the largest slice of the sheep trade to the Middle East. The suspension will prevent the departure of a ship that was due to leave next week.

The government action means there is no trade at the moment because earlier this week the other current exporter, Livestock Shipping Services (LSS) paused its trade over the northern summer, citing the commercial impact of the federal government’s new regulations.

The suspension follows a months-long multi-pronged federal investigation into Emanuel. Lines of inquiry have included the 2017 Awassi Express voyage in which 2400 sheep died from heat stress, broader general investigations into the company, and a criminal investigation.

The show-cause notice was issued some weeks ago. It did not refer to the 2017 Awassi voyage. The company’s response to the notice was considered unsatisfactory, and also more information came to light from the criminal investigation, relating to excessive stocking density on voyages.

The Agriculture Department did not give any reason for the suspension. “It is not appropriate for the department to provide more information while the investigation is ongoing,” it said. “Further information will be released following a full review.”

It said the laws regulating exports “include strict requirements to ensure the health and welfare of animals. It is the responsibility of each exporter to ensure it meets those obligations. The department takes those responsibilities very seriously”.

Lyn White, from Animals Australia, said “We now have Australia’s two largest sheep exporters off the water as a result of regulatory implications. It’s clear that had they been forced to operate lawfully in decades past, the live sheep trade would have ended long ago”.

She called for the government to “sit with sheep producers and put in place a structural adjustment package that protects both the future interests of farmers and their animals”.

The government ordered a review of the trade after the footage of the appalling conditions on the Awassi voyage emerged in the media. It announced a raft of changes from that review, but refused to suspend the summer trade.

Both Agriculture Minister David Littleproud and Prime Minister Malcolm Turnbull have strongly defended the trade, although some in government circles believe it will be eventually closed down by the commercial squeeze imposed by tougher regulation.

The government has a bill in the parliament for higher penalties for wrongdoing but it pulled it from the notice paper when Liberal backbencher Sussan Ley said she would cross the floor to support a Labor amendment to phase out the exports. Ley has a private member’s bill to end the trade, which the ALP amendment mirrors.

It is now unclear whether the government bill will come on for consideration next week, the last week of sitting before the winter break.