Two recent studies recently drew a link between traumatic brain injuries and dementia. Understandably, media outlets were quick to report on these findings.

But if you have had a traumatic brain injury at some point during your life, what is the actual risk of dementia?

Read more: How injuries change our brain and how we can help it recover

What is a traumatic brain injury?

Traumatic brain injury refers to damage of the brain caused by an external force, such as from a traffic accident, fall or assault (such as a coward punch). This leads to bruising, bleeding, and tearing of brain tissue.

Dementia is caused by a progressive build-up of proteins in the brain, which ultimately causes brain cells to die.

There are several types of dementia, including Alzheimer’s disease, dementia with Lewy bodies, vascular dementia, and frontotemporal dementia.

Each dementia type is caused by a different type of protein, and affects different parts of the brain, leading to diverse symptoms. It’s not known what causes this abnormal build-up of proteins in the brain.

Read more: What causes Alzheimer’s disease? What we know, don’t know and suspect 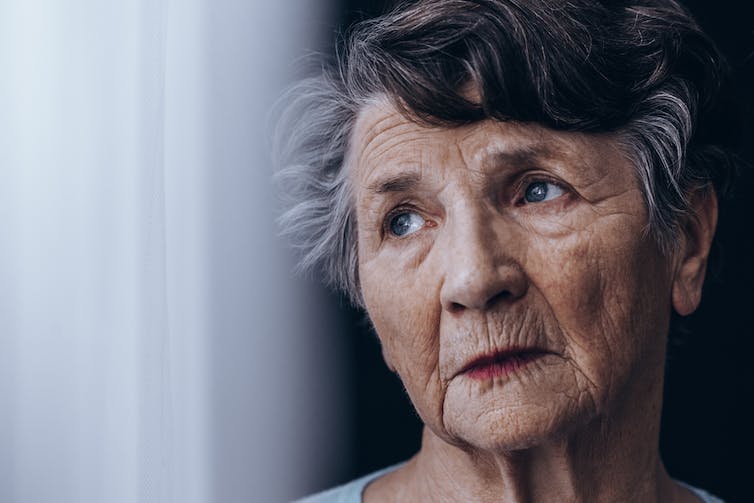 Dementia is caused by a progressive build-up of proteins in the brain. from www.shutterstock.com

What did the studies find?

Two recent studies have assessed whether traumatic brain injuries are related to dementia.

Both these studies identified cohorts of people and assessed how they changed over time. These studies also used data collected at the time of the traumatic brain injury, rather than relying on people’s memory of injuries in their past. They also used large samples and controlled for medical and psychiatric factors that could influence their results.

The potential for brain injury to lead to dementia is understandably alarming information. The relationship between severe traumatic brain injury and dementia has been known for some time. The risk of dementia following mild injuries is novel and is particularly concerning given the prevalence of sports-related injuries (such as concussions).

This means while a traumatic brain injury may increase the risk of developing dementia, it doesn’t mean you will get dementia if you have experience brain trauma. In the same way that age is a risk factor for a heart disease, not everyone over the age of 65 will have a heart attack.

It’s likely other factors are involved.

Read more: Kids are more susceptible to brain injury, and concussion has implications beyond what we thought

Multiple risk factors can lead to dementia. And we also know several ways to minimise these risks (known as protective factors). Diet, exercise, good sleep habits, remaining socially connected, and keeping yourself cognitively challenged are important factors in minimising your risk of dementia.

Interestingly, many of the risk factors of dementia are also seen in people following a traumatic brain injury. These include a sedentary lifestyle, mental health issues, social isolation, and reduction in cognitive resilience (known as cognitive reserve).