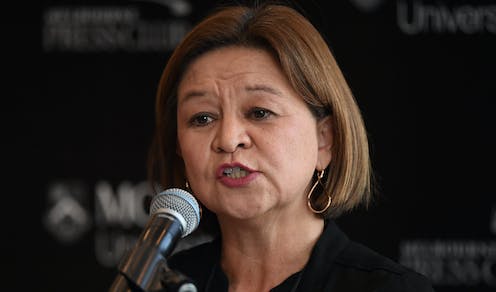 In January 1931, as the newly elected United Australia Party government of Joseph Lyons was contemplating the establishment of a national broadcasting service, the prime minister received a deputation of prominent Melburnians, including a barrister and member of the Victorian parliament, Robert Gordon Menzies.

They urged that the new broadcasting service “be organised on an independent basis and that cultural potentialities of the Broadcast Service be considered a matter of primary importance”. The broadcast service came to be named the Australian Broadcasting Commission and went to air for the first time on July 1 1932.

It is a measure of how far today’s Liberal Party has drifted away from the values and ideals of its founder, Menzies, that last Saturday its federal council should have resoundingly adopted a motion that the ABC should be privatised.

One of the proponents of the motion was Mitchell Collier, the federal vice-president of the Young Liberals. He said there was no economic case to keep the broadcaster in public hands.

Read more: View from The Hill: Threat to the ABC is not sale but more bullying

No economic case. Where the ABC is concerned, that is a false premise on which to proceed. The ABC was explicitly not established for economic purposes or in pursuit of an economic ideology. It was established for social, educational and cultural purposes.

It was also established on an explicitly non-commercial basis: it takes no advertising. Why? Because it was believed advertising would weaken its independence. The policymakers of the 1930s had seen only too clearly how beholden the newspaper proprietors of the day had become to commercial imperatives: the demands of advertisers and the pressure to increase circulation, even at the cost of editorial quality and integrity.

The newspapers of the day had also become mouthpieces for sectional interests. In Melbourne, The Argus stood for the interests of the mercantile classes and conservative political causes; The Age for a kind of Protestant liberalism and social justice. It supported the miners at Eureka.

The bipartisan political vision for the ABC was that it should not be vulnerable to sectional interests or commercial pressures, but should exist to serve the public interest in the widest sense.

The first paragraph of its charter captures the essence of these expectations:

No mention there of economic criteria.

Nonetheless, in a political age dominated by the narrow perspectives of neoclassical economics, it is self-evidently no longer enough to rely on ideals of the kind promoted by Menzies and reflected in the charter.

In her reply to the privatisation motion, the ABC’s managing director, Michelle Guthrie, told the Melbourne Press Club the ABC contributed more than $1 billion last financial year to the Australian economy, on a par with the public investment in the organisation.

She also advanced an efficiency argument, saying the ABC’s per capita funding had halved in real terms over the past 30 years, and warned that the latest cuts in funding – $83.7 million in a so-called efficiency dividend – would serve only to punish audiences.

Herein lies the political sting for the government, and especially for the National Party.

A motion to privatise the ABC, no matter how vigorously repudiated by the government, is political poison, especially in regional, rural and remote Australia.

These voters have watched as the Abbott-Turnbull administrations have cut the ABC’s funding by $338 million since 2014. They have watched as the ABC has been used – in Guthrie’s words yesterday – as a punching bag by narrow political, commercial or ideological interests.

Read more: The politics behind the competitive neutrality inquiry into ABC and SBS

Guthrie was too diplomatic to nail the government or the Murdoch press. But the overt hostility to the ABC shown by the government over the past four years may now reap a political harvest.

That hostility has been demonstrated not only by the funding cuts but by sustained carping criticisms, vexatious complaints and political stunts exemplified by the current competitive neutrality inquiry.

It would be more accurately called the editorial neutering inquiry. Its focus is clearly on the ABC news service, as its own issues paper makes clear. That is the part of the ABC most detested by the government and the politician for whom the government is a cat’s paw in this, Pauline Hanson.

Each Tuesday, I engage in a pro-bono 25-minute segment on media issues with the presenter of ABC Radio Statewide Drive, Nicole Chvastek. The program is broadcast across regional Victoria and southern New South Wales, covering the National seats of Riverina, Mallee, Murray and Gippsland, and the Liberal seats of Farrer, Wannon, McMillan, Corangamite and McEwen.

Yesterday the talkback calls ran hot on this one issue: privatisation of the ABC. Yes, the ABC needed scrutiny; yes, the ABC was a bunch of lefties. But: where would we be without it?

Just after 5pm, the Nationals served up their deputy leader, the Victorian senator Bridget McKenzie, to answer talkback calls on this issue. It was like something from the Colosseum.